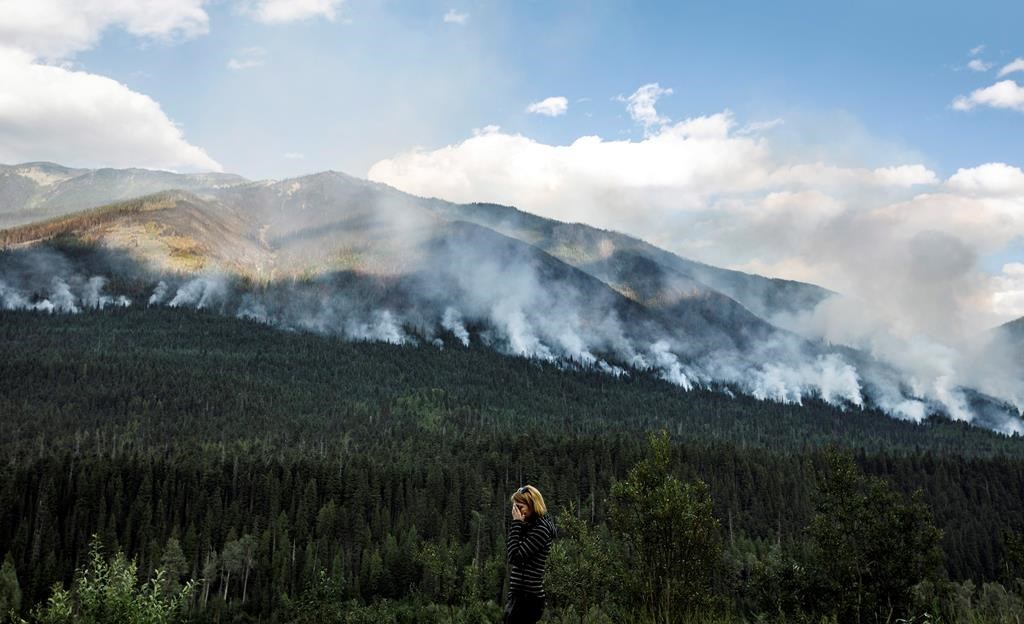 A women stops on the side of the highway to watch a forest fire burn near Revelstoke B.C. on Saturday, August 19, 2017. Photo by The Canadian Press/Jason Franson
Previous story

Two of British Columbia's biggest wildfires haven't grown much over the past few days despite being fanned by strong winds.

Kevin Skrepnek of the BC Wildfire Service says the winds arrived in the province on Friday as forecast but weren't as strong as feared.

He says there was some rain, cooler temperatures and higher humidity.

Skrepnek says the Hanceville-Riske Creek fire northwest of William's Lake was no bigger Saturday than it was Friday.

The Elephant Hill fire also remained the same size and is now believed to be 25 per cent contained.

Both blazes remain out of control.

Skrepnek says that despite the rain, it wasn't much, and 14 new fires were sparked since Friday including seven which are believed to have been caused by lightning.

"It still remains quite dry out there. Whatever showers we did see out there were sporadic and we are expecting another windy day today, unfortunately," Skrepnek told reporters on Saturday afternoon.

Skrepnek said the province has been hugely successful over the past month and a half in keeping new fires from becoming serious, noting the big fires they're fighting now began in early July.

He gave much of the credit for keeping the new fires from growing to people reporting the fires when they spot them.