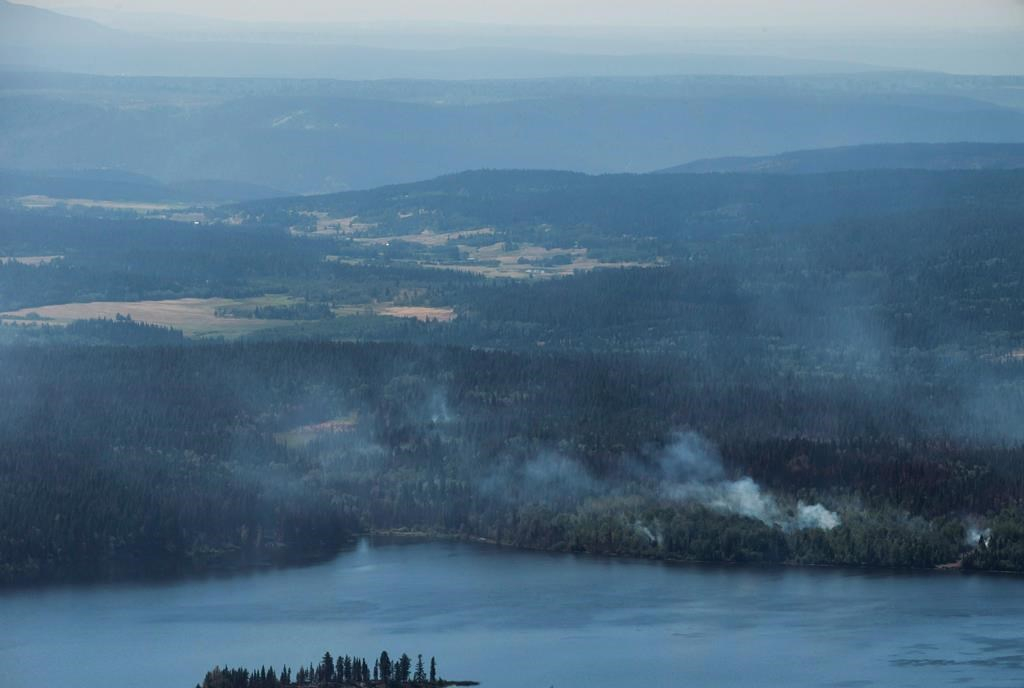 British Columbia has extended a provincewide state of emergency because of wildfires that have scorched a record amount of land this season.

Chris Duffy of Emergency Management BC said this third extension of the state of emergency is expected to remain in effect until Sept. 1, which will bring its total duration to eight weeks.

"This will be the longest provincial declaration in the history of the province," he said, adding the 2003 wildfire season saw a six-week state of emergency.

The agency said in a news release the state of emergency allows for better co-ordination of federal, provincial and local resources "to ensure public safety, which remains the provincial government's top priority."

The province also announced it would provide the Cariboo Chilcotin Coast Tourism Association with up to $200,000 to help businesses recover after devastating fires led to evacuations and cancellations.

"Many tourism businesses in the region are losing income and, in some cases, losing property due to the wildfires during the peak revenue-generating summer season," Lisa Beare, minister of tourism, arts and culture, said in a news release.

As of Friday, 140 wildfires were burning in B.C., with 26 evacuation orders affecting about 4,400 people, and 41 evacuation alerts impacting an estimated 20,700 others.

Windy and unstable weather was forecast for most of southern and central B.C. heading into Saturday, conditions that officials say have the potential to kick up wildfires.

Environment Canada issued a special weather statement warning an incoming cold front packing winds of about 60 kilometres per hour was expected to hit the central Interior on Friday before sliding south and diminishing over the weekend.

The system was also forecast to carry isolated lightning storms with little rain.

The Cariboo Regional District expanded two evacuation orders late Thursday as rural residents near Nazko and Kleena Kleene, both more than 100 kilometres southwest of Prince George, were told to leave due to separate wildfires.

Kevin Skrepnek of the BC Wildfire Service said more than 9,000 square kilometres of timber, bush and grassland has been charred by 1,037 fires sparked since the start of the fire season on April 1.