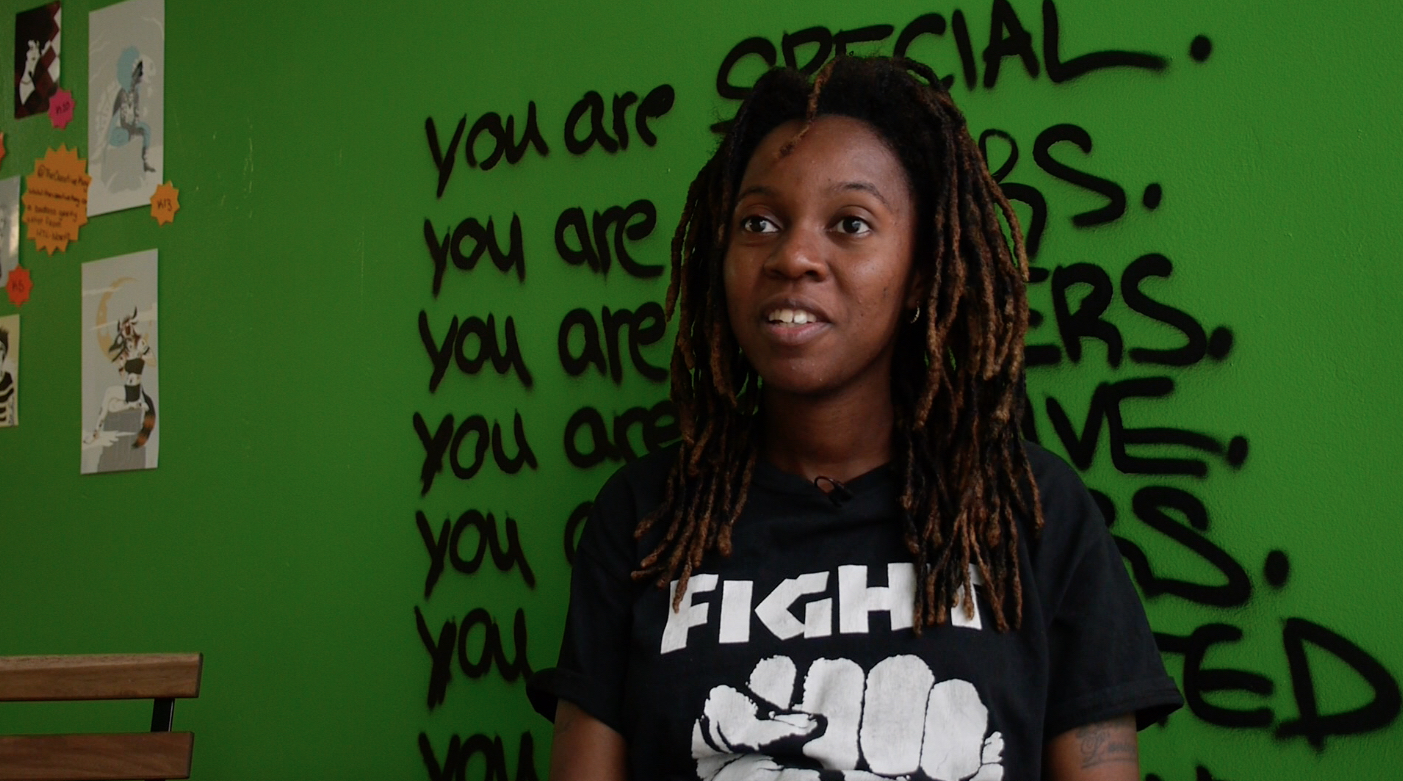 Gabriella Kinté, founder of Librairie Racines, started her bookstore because she couldn't find books by authors of colour easily in Montreal. She is seen here on Aug. 4, 2017. Photo by Clothilde Goujard
Previous story
Next story

As a schoolgirl, Gabriella Kinté wasn't a big fan of reading.

She didn't feel inspired by the books that were assigned in the classroom. And she wasn't motivated by any of the tests and essays that came with them.

The root of the problem was that she couldn’t identify with any of the stories and characters.

But when a friend lent her an anthology of Black American poetry, she fell in love.

“I’m someone who’s very emotional. To have been able to read a poem and to have told myself ‘I could have written that, it’s exactly how I feel right now,’ I found it magical,” Kinté, 27, told National Observer.

That's when Kinté developed a passion for reading.

The owner of a new bookstore, Librairie Racines, in Montreal, is hoping to change a community. Video by Clothilde Goujard

Where are all the women of colour?

After finishing high school, she got involved with feminist groups and started to learn more about them. But as she tried to expand her knowledge, she noticed that it was hard to find books written by women of colour.

"Basically what I had to do was either order stuff online or go to the United States... I was wondering why is there no space in Montreal that would have books, for example, by more black feminists than Angela Davis, and the other two or three same (ones) we can find in bookstores in the city?”

Several years later, Kinté is now the proud owner of a bookstore that sells books and works of art made by artists of colour.

Her bookstore, Librairie Racines (or Roots) opened its doors on Aug. 5 in the heart of the low-income neighbourhood of Montréal-Nord where she grew up.

A welcome change in a low-income neighbourhood

In 2011, Montréal-Nord had the highest unemployment rate in the Montreal region at 14.1 per cent, according to Statistics Canada. The neighbourhood also ranked last for its average income of $24,793 compared with an average of $36,748 for the entire Montreal region.

The federal statistical agency also said that 42.9 per cent of the people in the neighbourhood were visible minorities in 2011.

Kinté said people in her Montreal community have had little access to diversity when it comes to literature. She opened Racines to address this gap.

"I think that on the shelves of bookstores and libraries in Quebec, there’s a blatant lack of diversity and this is in anything that is cultural, on the theatre stages, on shows on televisions, in series, on the radio, all these things that are even funded by taxpayers, I don’t identify with it," she said. "It’s ridiculous.”

Although she found a few other bookstores with a wider selection, they were in the more affluent neighbourhoods of Montreal, she said.

Now, Kinté said her mission is not only to give people access to diverse literature, but also to give them a sense that their voices and stories matter.

“For me I find it's important to have a bookstore like Racines in the neighbourhood because it’s just to show we exist, we are important, we’re here,” she explained.

Seeing through the eyes of a person of colour

Today, her bookstore is adorned with images of people of colour on the walls, shelves, pages of books and even with black dolls and barbies. They are all things that she said she never had access to as a child.

“It’s very good especially for the youth, for self esteem, to have a space like here where there are black dolls, so a doll that looks like you... to have positive images of black kids on posters, to see on a book that the author has the same last name. It makes you feel valuable.”

Kinté said books helped her as a second generation Quebecer to learn and understand about her, her family’s history, and their roots. At the same time, they also helped her find an escape from a society that sometimes made her feel excluded.

“It’s important that people who are like us and look like us tell (these stories) through their own eyes because they often see things differently,” she said. “It can be interesting to have reference points in Quebec but through the eyes of a person of colour."

Myche Siguineau, a Canadian-Haitian poet, immigrated to Canada when he was 16 to escape a dictatorship in his native country. His poems aren't easy to find in most bookstores, but they are featured in Librairies Racines.

He told National Observer at the store's opening this month that the new business will provide an important space for young people in the neighbourhood.

“My kids will have to forge their identity throughout their entire lives because they don’t completely identify with my culture, the culture of their parents and they don’t always identify with the culture of the country where they grew up," he said. "So when they come to such a book store, they can buy books and find out more about their parents' values and this will maybe encourage discussions between children and parents."

The bookstore 'belongs to everyone'

Kinté added that she hopes the store will be a community space where different generations can mingle and learn from each other. She already has a vision for including art exhibits, discussions, and a place for kids to play and do homework in her store.

“It would be lame if I was alone here with all the books,” she said. “This space doesn’t belong to me. It opened with the money of a little bit of everyone. We gathered more than $5,000 from the community to open the space and each dollar was invested to pay the rent and buy furniture. So what we do between these four walls, (this decision) belongs to everyone.”

She has a team of about five volunteers to help her and two employees. The entrepreneur, who is almost seven months pregnant, is also getting ready to welcome a new generation.

“After I have my son, I will come back because I want him to know a place like this one," she said. "I’d like him to come here to play, make friends, to draw, and to leaf through books. I think it would be an interesting environment for children to actually see pictures of children who look like them, and black dolls. Me, I didn’t see many before starting this place.”