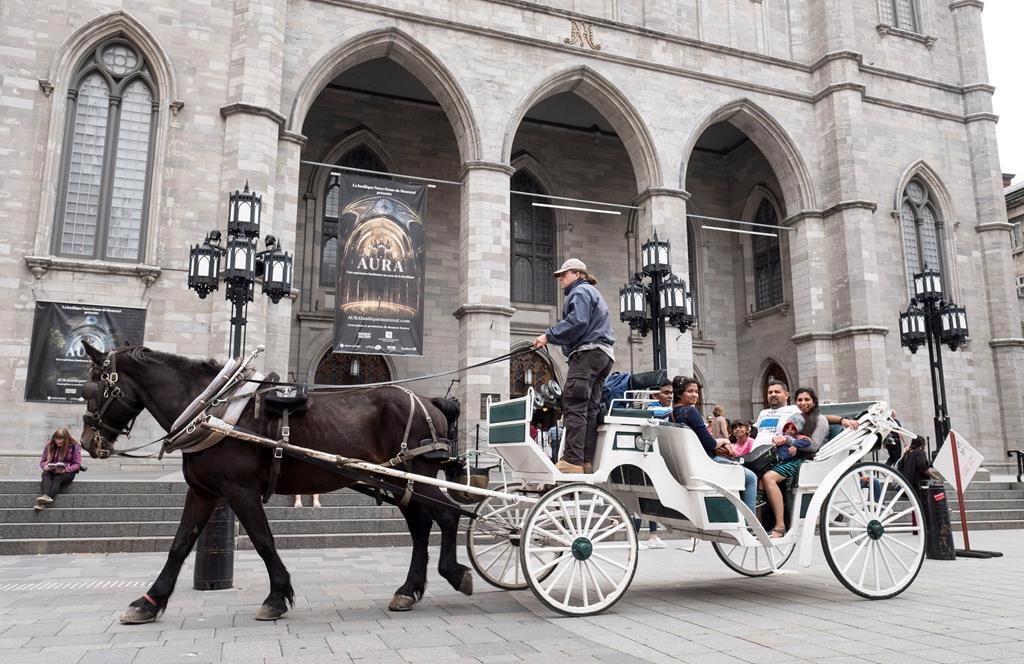 A caleche rides in front of the Notre Dame Basilica on Tues. Sept. 5, 2017 in Montreal. File photo by the Canadian Press/Paul Chiasson
Previous story
Next story

City officials in Montreal are checking to see if new regulations were violated after a horse tied to a carriage collapsed in the street.

Witnesses say the horse was able to get back on its feet on Monday after about 10 minutes.

Several media showed videos of the animal lying on its side in front of a square in Old Montreal that is popular with tourists.

The City of Montreal recently adopted new rules to protect the welfare of horses working in the city's horse-drawn carriage industry.

It's not known if the person responsible for the horse that collapsed had respected the rules.

That decision was later reversed after a Quebec Superior Court justice ruled the carriages should be allowed to continue operating.