By Clothilde Goujard | News, Energy, Politics | September 7th 2017
#711 of 2001 articles from the Special Report: Reports from the Race to a Safer World 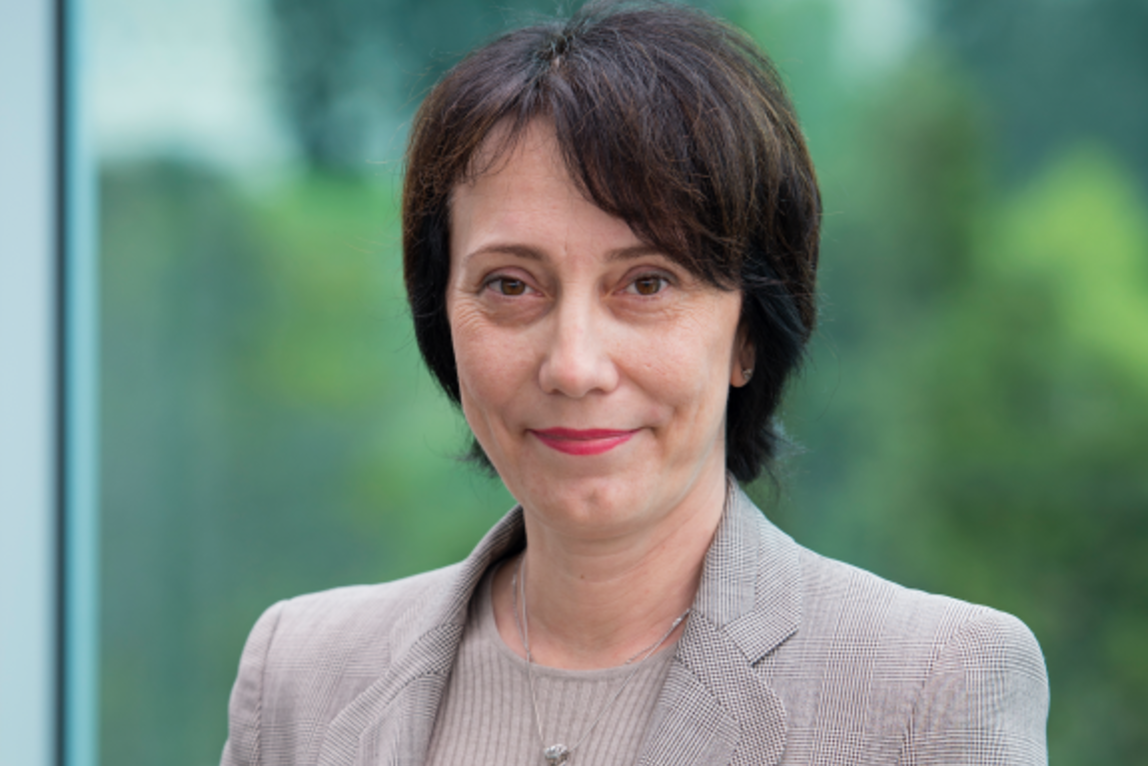 The World Meteorological Organization's Elena Manaenkova outlined the importance of including women in the climate change discussion during an International Panel on Climate Change meeting in Montreal on Sept. 7, 2017. Photo by the WMO
Previous story
Next story

In the worst affected village, Indonesia's Kuala Cangkoy, 80 per cent of the victims were female, according to Oxfam International. The number was so disproportionate, reported the humanitarian agency, because men were generally fishing or away from home, and many were able to flee while women at home tried to save children.

It's an imbalance that disturbs the World Meteorological Organization's Elena Manaenkova, who addressed the International Panel on Climate Change (IPCC) in Montreal earlier this week.

“Women couldn’t run because of their long clothes and they didn’t know how to swim,” she told National Observer in an interview.

The 56th session of the IPCC, which is tasked with providing sound climate science assessments to governments and policy makers, began in Montreal on Wednesday. At a closed-door workshop on Tuesday night however — held between the IPCC and Environment Canada — Manaenkova emphasized the importance of including more women in the world's response to climate change.

She and a team of other climate experts are urging organizations and governments to recruit for women scientists to help improve sensitivity to gender issues in climate-related policy. Natural disasters, she explained, are just one example of how a warming world can have different impacts on women and men.

Women have to walk further for water

As temperatures rise and droughts become more frequent, for instance, women in some countries who are traditionally tasked with fetching water face more problems, including sexual violence. According to the United Nations, women in Africa and Asia walk an average of six kilometres to get water but the distance can be much longer with droughts.

The delegate for Kenya, Patricia Nying’uro, has made note of that situation in her own country.

“If there’s a drought, (women) have to find water and in some areas they have to walk really far," she said in an interview. "Even though everyone feels (climate change), these women feel it a bit more."

As a senior meteorologist at the Kenyan Meteorological Department, she said whenever there are new seasonal forecasts for rain, they hold information forums and women are particularly interested.

“You will find that’s it’s mainly women who attend, one because they have the time and two, because they’re the most impacted,” she said.

To her, it’s important that more women participate in the climate change conversation because she feels not enough is being done to look at the impact on women.

“Women would be sensitive in general to things that happen to fellow women and the impacts on them,” she said.

Manaenkova, the climate expert leading the World Meteorological Organization, shares Nying’uro’s position that more women experts need to participate in the conversation. During the gender workshop on Tuesday night, Manaenkova and other leaders working with IPCC gathered to discuss the situation and see how more women scientists could be included in IPCC’s work.

As a major organization assessing climate change to guide scientists and policy makers, the IPCC is trying to be more gender balanced, said Fatima Driouech, who spoke at the evening meeting. She is vice-chair of the IPCC Working Group 1, which deals with the physical science basis of climate change.

“Within IPCC, there’s good will to improve (gender balance) for the future. In this cycle, we feel there’s an improvement compared to the previous one,” Driouech told National Observer.

The Moroccan scientist is one of 10 women of the IPCC's 34-member bureau, which includes chairs and vice-chairs of the organization and its working groups and task force. She was also a lead author of the IPCC’s previous climate change assessment report.

“It’s important to include (women) in climate research and in science because there’s a need for different viewpoints, different visions and different ideas,” she said.

According to numbers released at the workshop and confirmed by IPCC, there are more female authors of special reports currently in the works than in previous years. The IPCC is nearly 30 years old, and was first established by the United Nations and the World Meteorological Organization to "provide a scientific basis for governments at all levels to develop climate-related policies."

While there’s some global improvement, Driouech said some countries are still struggling to be more gender-balanced: “There are some regions where there’s a little imbalance to fix for everyone’s good.”

For that reason, at the opening of the IPCC session on Wednesday morning, where representatives of member countries were present, Manaenkova mentioned the need for “active debate on the gender sensitivity of the issues” reflected in the IPCC reports.

Despite growing understanding that gender balance can inform better research and decision-making in climate science, she said organizations like the World Meteorological Organization, as well as the IPCC and other UN bodies, have had to put a lot of effort to convince “skeptics” who didn’t understand why more women need to be included. That persuasion effort is still underway.

At IPCC, she said, some countries do not nominate enough women scientists to be authors.

“In some cases, (IPCC) has to positively discriminate, they prefer a woman to maybe ten men because she was the only one nominated,” she said.

At her own organization, she said they are thinking about enforcing nominations of women. As it stands, female nominations are encouraged and welcomed, rather than enforced.

Manaenkova believes that because IPCC focuses not just on physical climate change, but also socio-economic impacts and adaptation, it is even more important to have input from women. She said it would even be better to have reports with statistics separated by gender.

"(IPCC) says there's some women nominated who could be lead authors and their competence is very high, and high enough to be coordinating author," said Manaenkova. “We need to look for these women, find them, and pull them in."

The IPCC will be in Montreal until Sunday to discuss their reports on the impacts of global warming, and to develop the outline for their main and sixth publication on the topic, which scheduled for release in 2022.

By Trish Audette-Longo | News, Politics | September 6th 2017
Reports from the Race to a Safer World

By Elizabeth McSheffrey | News, Energy | March 1st 2017
Reports from the Race to a Safer World

By Seble Samuel | Analysis, Energy, Politics | November 17th 2016
Reports from the Race to a Safer World