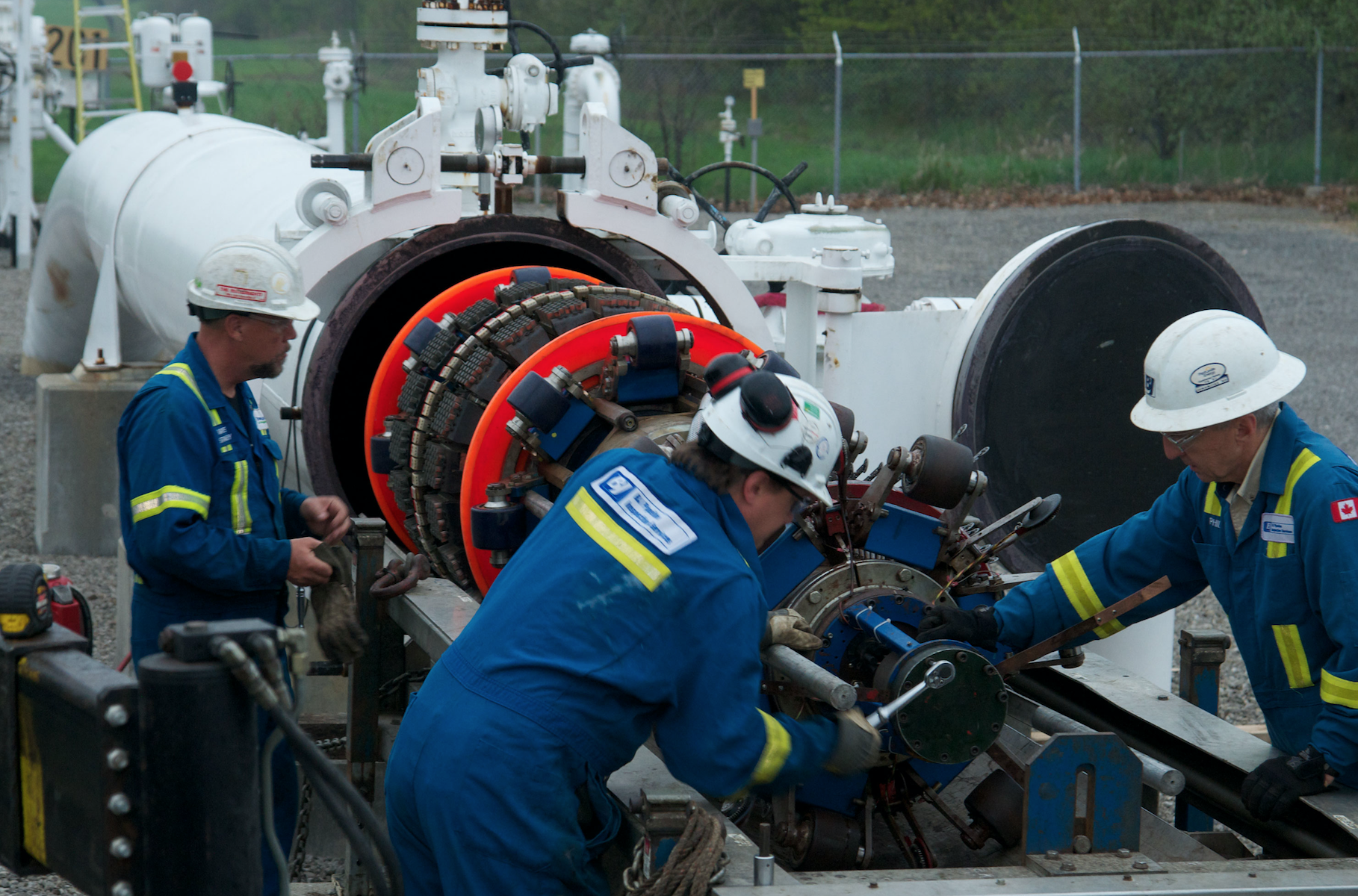 Canada's federal energy regulator has granted a request to suspend its review of a major crude oil pipeline project that would transport oil from the Canadian prairies to Atlantic Canada.

The National Energy Board confirmed late on Friday that it was suspending its review of the Energy East and Eastern Mainline projects for 30 days in response to the request from the proponent, Calgary-based TransCanada.

"The Board is of the view that the requested suspension will have minimal consequences on potential participants in the hearing and on the Projects’ review process," wrote the Board's secretary, Sheri Young, in a Sept. 8, 2017 letter to TransCanada that was posted on the NEB website. "Therefore, the Board will not issue further decisions or take further process steps relating to the review of the Projects until 8 October 2017. Consequently, the Board will not respond to requests that are outstanding at this time, or any requests received within this 30-day suspension period."

TransCanada went public with its request to suspend the review on Thursday. The company also indicated that it was reviewing whether to proceed with the project due to "significant" challenges it would now face as a result of a more stringent review proposed by the NEB. The regulator had decided, for the first time in its history, that it would consider not only pollution caused by construction and operations of the pipeline, but also of greenhouse gas emissions related to the oil to be transported on Energy East.

The Energy East pipeline is the largest pipeline proposal in Canadian history, and if approved, would ship up to 1.1 million barrels of oil per day from producers in Alberta, Saskatchewan and North Dakota to refineries and marine ports in Quebec and New Brunswick. ​Eastern Mainline is a proposal to add 250 kilometres of new natural gas pipeline facilities and nine compression facilities to an existing natural gas system in southern Ontario.

But the company indicated on Thursday that it was hitting the brakes on Energy East due to the new guidelines proposed by the NEB.

"Should TransCanada decide not to proceed with the projects after a thorough review of the impact of the NEB's amendments, the carrying value of its investment in the projects as well as its ability to recover development costs incurred to date would be negatively impacted," the company said in its statement.

The changes in the review were implemented by a brand new NEB panel that started reviewing TransCanada's proposal in 2017. The new panel replaced three Board members who were forced to resign over conflict of interest allegations uncovered by National Observer in July and August 2016.

The NEB's chief executive, Peter Watson, has also recused himself from any decisions related to TransCanada after also admitting that he appeared to be biased.

TransCanada is delaying EnergyEast because they are realizing that this project don't make any economic sense. Foreign markets are flooded with cheap easy to refined light crude oil from the Persian Gulf, countries in Europe and around the world are expanding their programs to limit the consumption of fossil fuel products, and American oil producers are trying to capture the leftover markets where they can sell their production, coming directly in competition with Canadian oil producers (U.S. Energy Information Administration, Today in Energy, March 28, 2017: " U.S. crude oil exports went to more destinations in 2016).
On the other hand, refineries in Eastern Canada which are largely configured to process light sweet crudes will largely request light crude than heavy. So if TransCanada EnergyEast project is to attack light crude shippers, it will have to compete head to head with the Enbridge Lakehead system (Enbridge is expanding the average annual capacity of Line 61 from 560,000 barrels per day to 1.2 million barrels per day).
(www.rbnenergy.com/what-becomes-of-the-empty-pipelines-part-2)
The operator of Canada's largest crude oil refinery, Irving Oil Ltd., said it has stopped importing Bakken Shale oil from the U.S. in favour of cheaper crudes from such producers as Saudi Arabia. It has reduced purchases of Bakken crude shipped by rail to zero from a high of nearly 100,000 barrels a day in 2013. Even if the EnergyEast pipeline is approved, Irving Oil Ltd. would still buy crude from Saudi Arabia according to its president Ian Whitcomb, although he and his company fully support the proposed project. "We will add Western Canadian crude to our portfolio as the economics dictate, but probably not at the expense of our Saudi barrels" said Whitcomb. The company would build a marine terminal capable of exporting oil to foreign markets if the project were approved.
(source: Fraser/Bloomberg News, Aug. 20, 2015: "Canada's Largest Refinery Shifts from Bakken Shale Oil to Brent Crudes- WSJ")
With really almost no prospect for selling its crude oil in Canada or to foreign countries other than the U.S., the mostly heavy crude oil carried by EnergyEast will end up in refineries on the U.S. East Coast, but more probably in the Gulf Coast area, coming directly in competition with Enbridge, and its own proposed TransCanada Keystone XL pipeline.