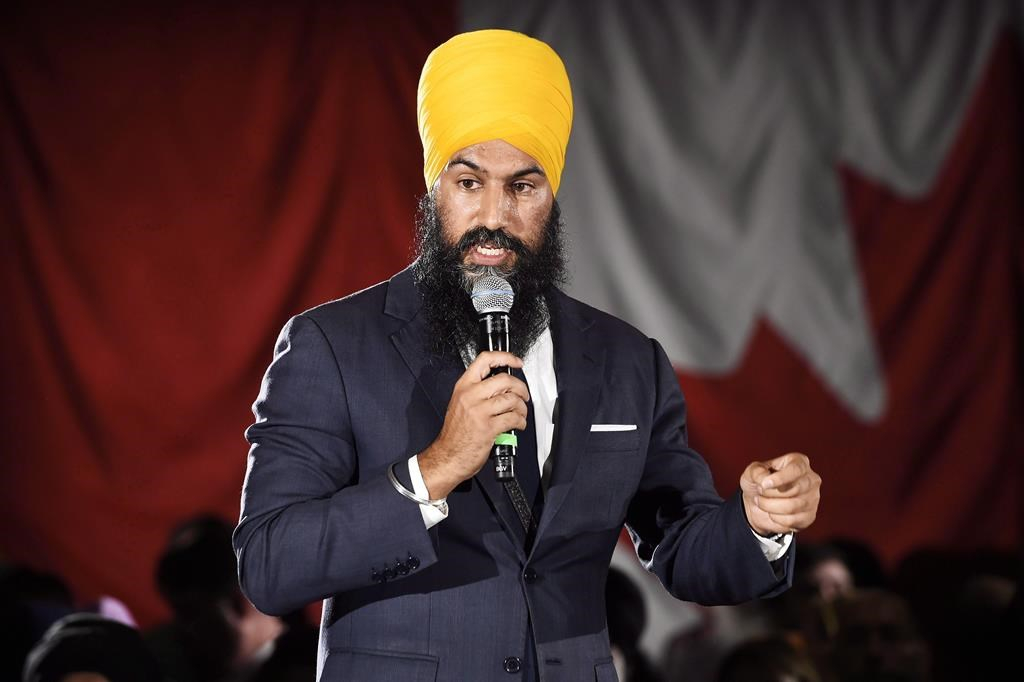 A political science professor says a racist heckler that interrupted a campaign rally for NDP leadership hopeful Jagmeet Singh is an example of the discrimination that deters minorities from politics.

A video posted on YouTube of Singh's campaign event in Brampton, Ont., earlier this week shows a woman interrupting his speech and accusing him of supporting Shariah law and the Muslim Brotherhood.

Singh, who is Sikh, responds to the woman saying he supports and loves her, and that he won't be intimidated by hate.

"Everyone in this room loves you, we all support you, we believe in your rights," he said as she continued yelling at him in front of a crowd of supporters.

Erin Tolley, an associate professor at the University of Toronto, said the incident is a reminder that although Canada promotes multiculturalism, racist views are still prevalent.

"I think one danger in Canada is we become very congratulatory about our multiculturalism ... but to some extent that conceals the number of Canadians that harbour racist sentiments," she said.

Tolley said studies have shown about 30 per cent of Canadians hold racist opinions and while they may not all be vocal about their views, it does influence how they vote.

In her research on race and politics, she said discrimination against minorities, gender and people's sexual orientation can give them pause about whether they want to enter or continue in politics.

"I'm working on a study right now talking to people who had ran for the nomination of their party and many candidates of colour were somewhat surprised by what a negative experience it was, and so they are thinking twice about whether they want to continue," she said.

Singh's ability to keep calm and respond in a positive manner to the heckler is evidence that it wasn't the first time he experienced outwardly racist remarks, Tolley said.

Although it was a negative incident, she said it did allow Singh to show off his leadership skills and raise his profile across the country.

"He shows he's not an angry person, he can keep his wits about him, he isn't going to lose his cool and, politically, regardless of the situation, that's seen as advantageous."

Singh's rising popularity, at least among the NDP, is a sign of a growing desire among the public for more diversity in politics, Tolley said.

She added that he's also viewed as an inspiration to many people, which is reflected in the success he had in getting more people to join the party.

Tolley noted that if Singh is voted NDP leader this October, he will be the first federal leader of colour selected by party members in Canada.

"Talk about it's 2017 — given Canada's history of multiculturalism, how come that hasn't happened before now?" she said.