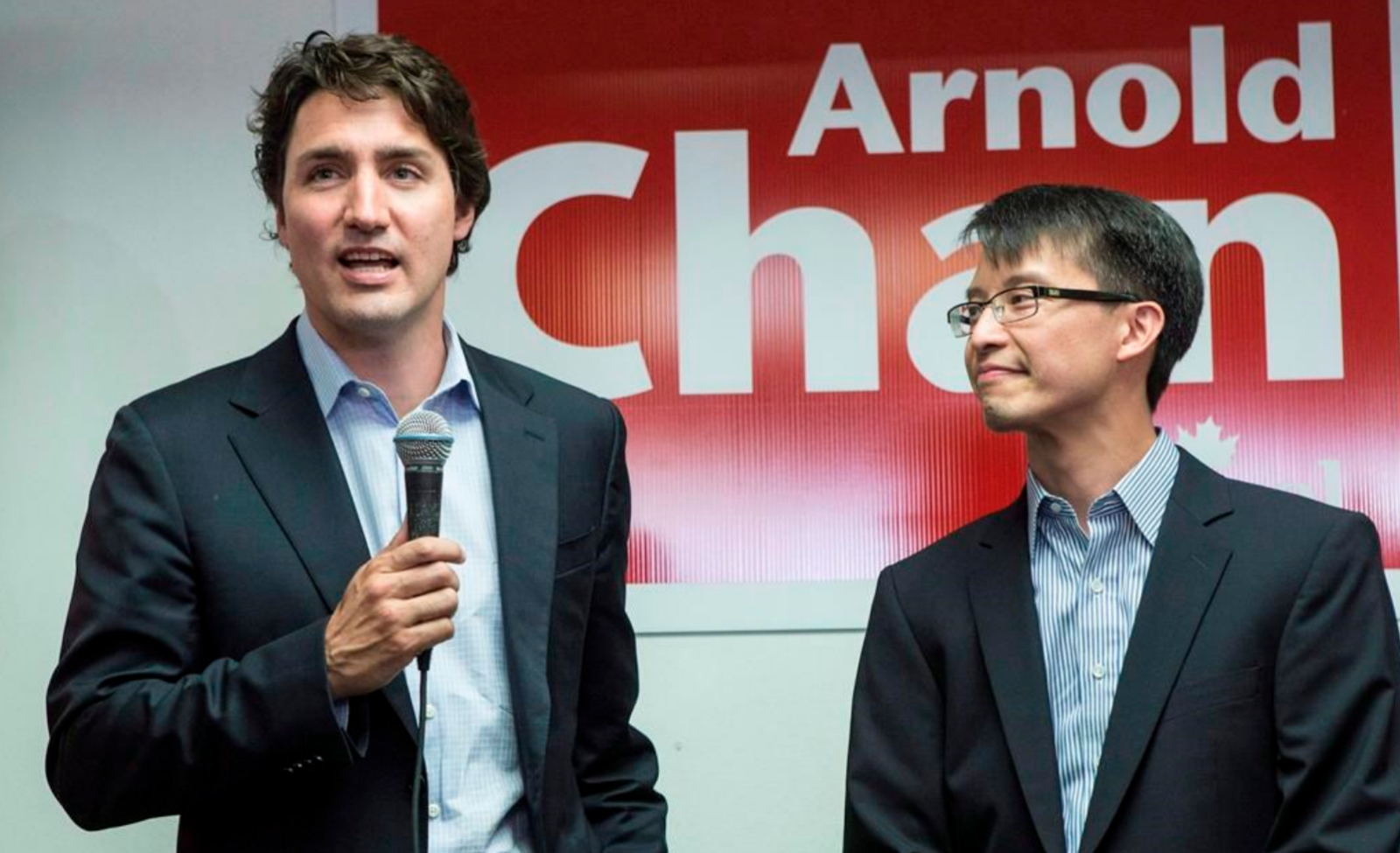 Federal Liberal Leader Justin Trudeau speaks to supporters as he visits Liberal candidate for Scarborough-Agincourt Arnold Chan (right) at his campaign office in Toronto on Wed. May 21, 2014. Photo by The Canadian Press
Previous story

Chan, 50, learned he had nasopharyngeal carcinoma not long after he won his Toronto−area seat of Scarborough—Agincourt in a 2014 byelection. He revealed the cancer had returned in March 2016.

Chan made an emotional address to his fellow MPs in June, calling on them all to elevate the level of debate in the House of Commons. Chan, who was married to Jean Yip, was the father of three sons, Nathaniel, Ethan and Theodore.

"I am saddened by the untimely passing of my husband, Arnold Chan," Yip said in a statement posted to Twitter on Thursday.

"He was a loving father, wonderful husband and dedicated public servant," she said, adding that while he "courageously fought" cancer, he "always continued to work hard for his constituents."

"He was a member that we all very much respected and appreciated and it is with great sadness that I have to give you that announcement," said Sgro. "So, take a deep breath and I’m sure all of us will send our sympathies out to his wife and family."

In Toronto, provincial Economic Development Minister Brad Duguid, who represents the riding of Scarborough Centre, asked for a moment of silence for Chan, a former executive assistant to then−premier Dalton McGuinty.

"He was a very, very good friend," Duguid told the legislature. "He worked here for a number of years. I think most of us know him as a wonderful, wonderful man who dedicated his entire life to public service."