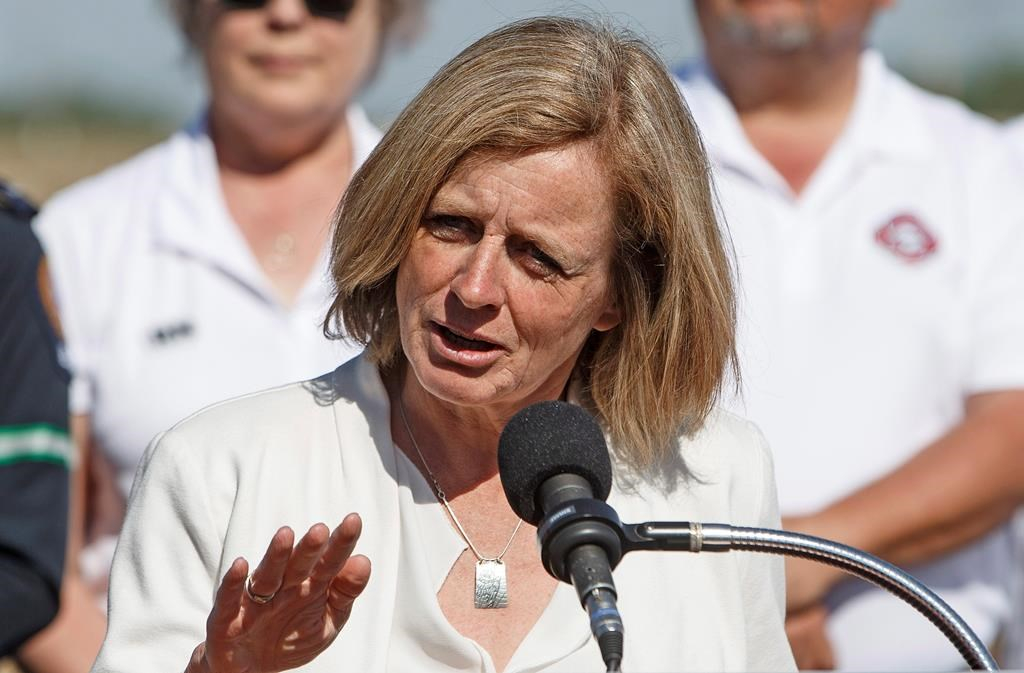 Alberta Premier Rachel Notley speaks about the a new hospital that will be built in Edmonton Alta, on Tuesday, May 30, 2017. File photo by The Canandian Press/Jason Franson
Previous story
Next story

Alberta Premier Rachel Notley is not weighing in directly on the federal government's controversial tax change proposals, but says she hopes the feds strike a balance by ensuring tax fairness without stifling economic growth.

"Everything that the federal government does do should be very sensitive to the fact that we are in the beginning of a recovery here in Alberta," Notley told reporters after a speech Saturday at MacEwan University.

Alberta has already reduced its small-business tax, and Notley says the government will continue with other incentive programs to help those businesses flourish.

Prime Minister Justin Trudeau's government is looking to do away with tax rules it says unfairly encourage wealthy Canadians to incorporate to get a better tax rate than middle-income earners.

Other provincial leaders are speaking out against the proposals, which have angered some business owners, doctors and farmers.

Notley said if there are incidents of people taking advantage of the tax situation, changes should be made in a way that don't cause unintended consequences.

Finance Minister Bill Morneau is taking feedback on the proposals until Oct. 2.

Notley said she's encouraged by that.

"They've indicated that they're still listening and that they are open to making some adjustments," she said.