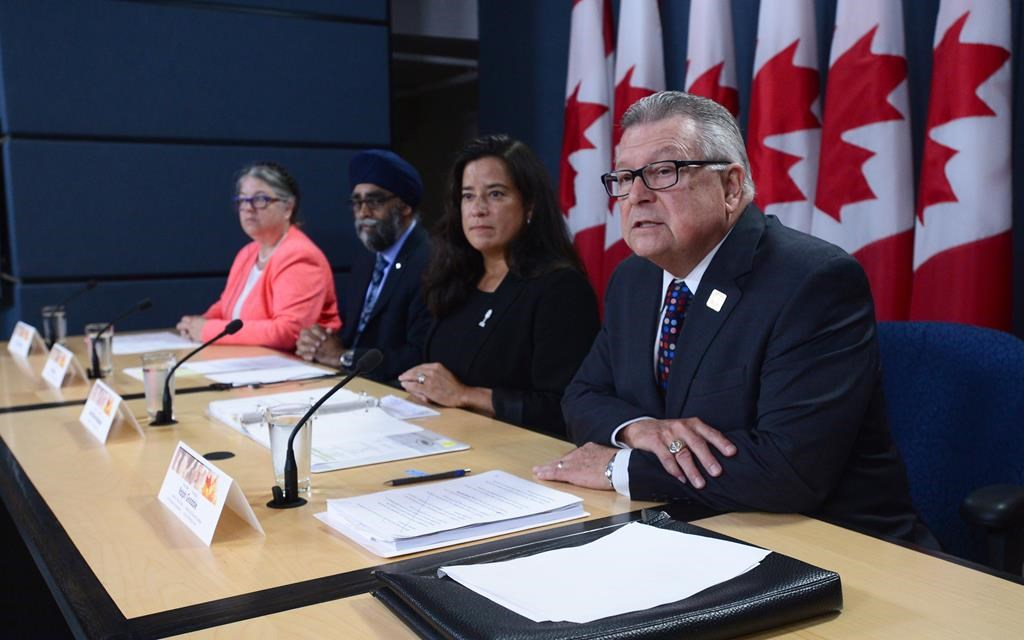 A B.C. civil rights group is taking the Trudeau government to court in the wake of secret hearings by a federal watchdog that dismissed allegations of spying on environmentalists and banned the targeted groups from speaking publicly about the evidence.

The case emerged after documents were uncovered by The Vancouver Observer in 2013, when Stephen Harper was prime minister. They indicated that the National Energy Board (NEB) had been gathering information about environmental groups, in partnership with the federal spy agency, CSIS, and the RCMP, prior to public environmental hearings about the Northern Gateway pipeline project. This pipeline proposal was initially approved by the former Harper government, but then rejected in November 2016 by the Trudeau government.

The British Columbia Civil Liberties Association filed a complaint about the alleged spying on behalf of environmentalists from several groups, including LeadNow, ForestEthics (which has since changed its name to Stand.earth), the Dogwood Initiative and the Sierra Club of BC.

At the time of their complaint, they said that the spying would have a "chilling effect" on activists by making it appear to "criminalize" anyone who wanted to participate in NEB hearings about whether to approve the pipeline.

The new legal challenge notes that the groups had alleged that CSIS had shared "information with oil companies and held secret conferences with those same petroleum industry actors at CSIS headquarters, with hospitality paid for by the oil companies."

Groups were banned from speaking about evidence

But the CSIS watchdog, the Security Intelligence Review Committee, rejected the complaint and banned the groups from speaking publicly about the evidence.

It is standard practice for the NEB to assess security concerns prior to public hearings to ensure the safety of panel members, staff and the general public. Security officials in North America also monitor potential criminal threats to energy infrastructure from activists or foreign agents who may deliberately sabotage pipelines and other energy facilities to disrupt local or national economic interests.

In a letter of appeal dated Oct. 2 and signed by the association's lawyer, Paul Champ, the groups said that the federal spy watchdog made several errors in its interpretation of the law, and that the ban preventing them from talking about the evidence was a violation of their rights. The appeal letter names Canada's attorney general, Jody Wilson-Raybould, as a respondent.

Champ is arguing that the ban violates freedom of expression as protected by the Charter of Rights and Freedoms, he said in an interview. Individuals aware of the decision who violate the order and speak about the evidence could be held in contempt of court, he said.

"The whole point of freedom of expression under the Charter, primarily, is to promote discussion and debate about matters that are in the public interest," said Champ.

"This decision is deeply troubling because it goes right to the heart of that freedom of expression, about the ability of people to talk about, and debate, and discuss, what our government is doing, and what our intelligence services are doing in our name."

"It's very hard to hold a spy agency accountable when complaints about the tactics and conduct of the spy agency activities, which we allege to have broken the law, those complaints go into a black hole of accountability," he said.

"It seems like a perfectly-designed mechanism to silence criticism of the agency's methods and operations."

Champ's letter also complained that the watchdog had withheld portions of evidence that "did not constitute any kind of risk to national security," violating principles of procedural fairness and natural justice.

"The Applicant challenges the SIRC final decision by this application for judicial review. The Applicant asserts that the SIRC final decision includes errors of law and misinterprets sections 12 and 19 of the CSIS Act as it relates to the incidental or ancillary gathering of information about Canadian citizens and sharing information with the NEB and oil companies," said Champ's application.

The Trudeau government has pledged to reform oversight of Canada's spy agencies by creating an independent committee of MPs that would get access to secret documents and be able to review whether any violations were occurring. Parliament adopted legislation in June that would allow this committee to be created as well as a brand new watchdog agency. Public Safety Minister Ralph Goodale said last month that the oversight group is "in the process now of being established."

Goodale's office declined to say if the minister would consider making changes to the secrecy powers of a new watchdog agency or asking a parliamentary committee to review the matter.

"We are not able to comment upon any matter that is currently before the courts," said Goodale's spokesman Scott Bardsley in an email to National Observer. "As is currently the case for SIRC, the new National Security and Intelligence Review Agency would have extensive powers of access to information and would be bound by the requirements and procedures necessary to protect classified information."

Editor's note: This article was updated at 6 p.m. ET on Oct. 4 with a new headline and comments from the office of Public Safety Minister Ralph Goodale.

Odd Language. It is the

Odd Language. It is the Canadian Government which is being taken to court, not the party presently heading the Legislative Assembly. Big difference. It's almost like you're stating that the Liberal Party itself is being punished for someone else's behaviour. Indeed they are not. They are charged with taking responsibility for past government actions, as is their duty. That lack of clarification makes it appear as though those taking the government to court should be going after someone else. Thanks!