Save money, save lives: Four steps for Ottawa to link health and the environment 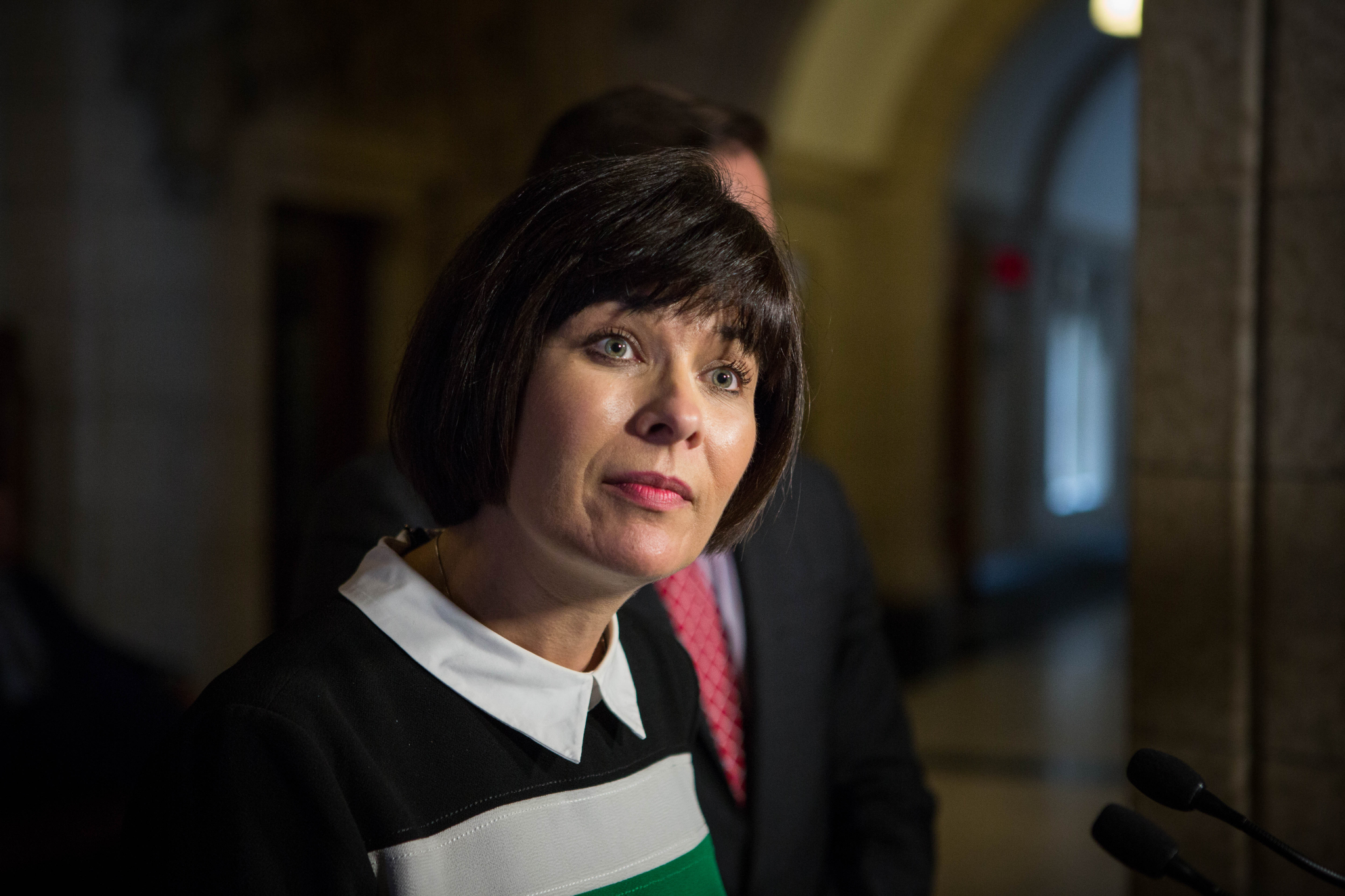 Health Minister Ginette Petitpas Taylor in Ottawa on June 19, 2017. Now is the time to tell her you want Canada to lead on protecting health and the environment, say Meg Sears, Richard van der Jagt and Warren Bell. Photo by Alex Tétreault
Previous story
Next story

Imagine a Canada where serious childhood diseases declined sharply, and we reduced the biggest line item in national and provincial budgets – health care. Imagine the many benefits, as conditions such as cancers and chronic disease were prevented through the lifespan.

Today, our children, our environment and our future are being injured by environmental exposures. Physician scientists are increasingly alarmed by escalating conditions with life-long repercussions, presenting daily in increasingly crowded clinics. Here is a sampling of evidence from 2017:

Many man-made chemicals disrupt basic biological signaling. They mimic hormones or change which genes are “read,” or not, with dramatic effects. By design, Canada’s system to assess and “manage” chemicals, including pesticides, ignores the effects of low doses, mixtures and “endocrine disruption.” We need a far more rigorous approach.

Obesity is a major risk factor, often touted as a “cause” of disease. There is good reason, however, to believe that environmental toxicants play important roles. Fatness is a well-known side effect of drugs, and is not only the result of over-eating and inactivity. In Canada, almost one in three children is overweight or obese, in a geographically patchy pattern and associated with lower incomes. Obesity can be a marker of early adverse exposures, and of persistent chemicals that accumulate in fat and affect cells, where they interfere with hormone actions and DNA. These “obesogens” are among many substances that fall through today’s porous regulatory net. They affect metabolism, energy levels, development of the young, and diseases of aging.

The “obesity paradox” is when adipose tissue (or fat) sometimes seems to be protective in population studies. This may be because fat stores toxicants, keeping them out of circulation.

Lending further weight to the theory of obesogen-carcinogen links, the U.S. Centers for Disease Control and Prevention just reported that with rising rates of fatness, 13 cancers associated with obesity increased by 7 per cent over 10 years, accounting for 40 per cent of all cancers diagnosed. Cancers not associated with overweight and obesity fell by 13 per cent from 2005-2012. The cancers associated with obesity include meningioma, multiple myeloma, adenocarcinoma of the esophagus, and cancers of the thyroid, postmenopausal breast, gallbladder, stomach, liver, pancreas, kidney, ovaries, uterus, and colon and rectum (colorectal).

For cancers, reducing or eliminating causative environmental contaminants can lead to large improvements in public health, and savings in health care. On the heels of reductions in smoking, related cancers of the lungs, larynx, mouth, etcetera, have declined. Conversely, Statistics Canada and the Canadian Cancer Society report that hormone-related cancers are on the rise, such as thyroid, testicular and uterine malignancies. Indeed thyroid cancer is the most rapidly increasing malignancy in the country, and this is not only the result of increased thyroid surveillance.

Time to stop the "chemicals parade"

​The federal government is in a position to choose progressive options to address the massive burden of harmful exposures in today’s environment, with a 21st century Canadian Environmental Protection Act (1999) (CEPA). In the October 6th government response, Minister McKenna stated that legislative and implementation changes are being considered, and the government will report again by June 2018.

Federal “chemicals management” under the Canadian Environmental Protection Act (1999) has allowed a parade of “endocrine disrupting chemicals,” or EDCs, to march through Canadian commerce — chemicals that linger in our environment and our bodies, and will harm our children and grandchildren.

The resultant tsunami of chlorinated and then brominated flame retardants, fluorinated anti-stick and anti-stain chemicals, phthalates, bisphenols, various pesticides and many others are now bathing the environment, aquatic life, households, the unborn child, breast milk and so on in a toxic soup. Effects on development, metabolism (including obesity), IQ, chronic diseases and cancers are now bankrupting the nation as health care costs balloon faster than the GDP.

We need to stop this chemicals parade. Steps include:

Health care dollars could be saved

New science is evolving rapidly to address the challenge of teasing out environmental contributors to these public health disasters and preventing new ones.

Automated laboratory and modelling methods are available to flag substances of concern. A “big data” challenge could be addressed by creating information infrastructure to provide scientists and health professionals with “exposure” information on contaminants in air, water, food, products and the environment — including current and historical data from all levels of government. Canada’s scattered information databases, most of which do not see the light of day, would be centrally housed and curated. Then scientists and regulators could discern and prioritize urgent concerns for environmental and public health, achieve goals of a renewed CEPA, and ultimately prevent suffering, and billions of dollars in lost opportunity, productive years of life, and health care spending.

Today’s needs for precaution in action echo previous landmark documents such as Charles Caccia’s It’s About Our Health! report in 1995 on the original CEPA; Justice Krever’s report in 1997 on tainted blood (“action to reduce risk should not await scientific certainty”); and even the 1981 Lalonde Report on health care (“…there is little doubt that future improvements in the level of health of Canadians lie mainly in improving the environment, moderating self-imposed risks and adding to our knowledge of human biology.”)

Armed today with greater knowledge and analytical capacities, and with increasing awareness of ongoing damage to environmental integrity and human health, we must act soon. We have much less scope to respond after the fact.

Now is the time to tell your Member of Parliament, the ministers of Health, Science, and Environment and Climate Change, and even the Prime Minister, that you expect Canada to be a leader, not a laggard, in the protection of the environment and human health.

Meg Sears is Chair of Prevent Cancer Now, and along with others submitted recommendations for CEPA reform, discussion of the example of flame retardants, and a Roadmap for Action on EDCs. She and Richard van der Jagt are spearheading the initiative to develop a Canadian Environmental Health Information Infrastructure (CEHII).

Richard van der Jagt is a physician at the Ottawa Hospital treating hematological malignancies which are frequently associated with pollutants, and is an associate professor of medicine (hematology) at the University of Ottawa.

Warren Bell is a family physician who lives in Salmon Arm, British Columbia. He is past founding president of the Canadian Association of Physicians for the Environment.