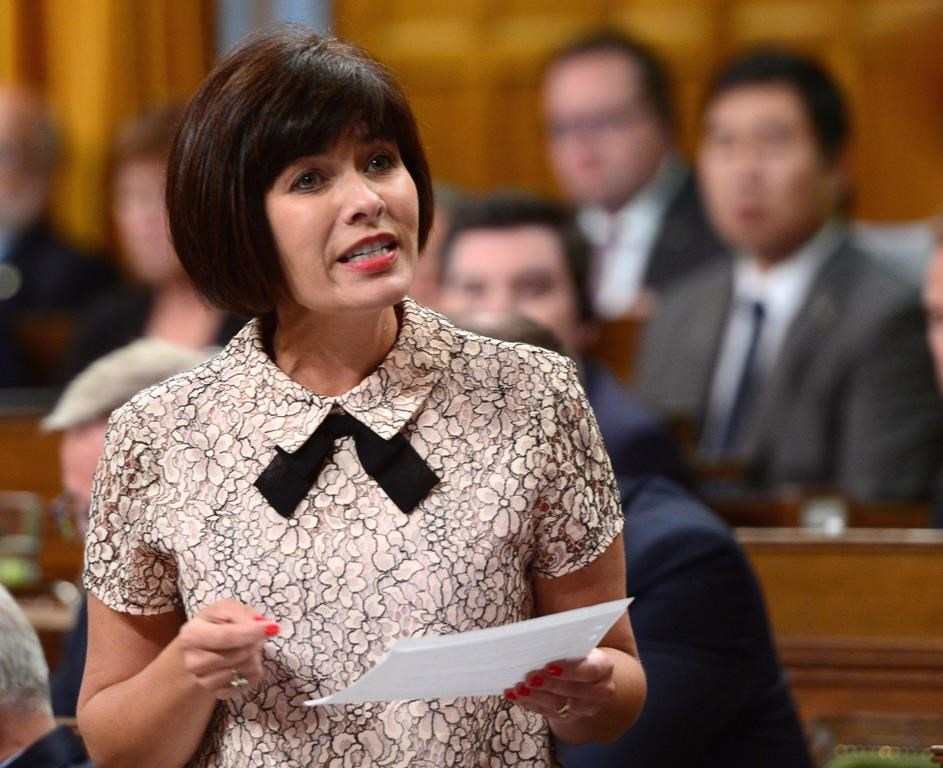 Ginette Petitpas Taylor, Minister of Health, stands during Question Period in the House of Commons on Parliament Hill in Ottawa on Thursday, Sept. 21, 2017. File photo by The Canadian Press/Sean Kilpatrick
Previous story
Next story

Canada's health minister says pilot projects have begun on roadside police testing for marijuana, and the plan is to have rules in place for edible cannabis around July 2019.

"Our priority right now is to ensure that we can legalize cannabis by July 2018," Ginette Petitpas Taylor said Friday.

"There's no specific date (for edibles to be available), but I would say if you look a year after the legalization, that is the window that we're giving ourselves."

Petitpas Taylor made the comments to reporters after briefing her provincial and territorial counterparts on Ottawa's progress toward legalizing marijuana.

Ottawa will not allow edible cannabis in the marketplace until it has put in place the rules surrounding packaging, potency and health warnings.

The federal government is toughening up Criminal Code rules and will handle the overall health regime for cannabis, while the provinces will be in charge of distributing and selling the weed.

Police will be administering roadside saliva tests to check for drug-impaired driving.

The federal government has announced it will spend $161 million over the next five years to help train and equip the officers.

Petitpas Taylor said pilot tests for these checks have begun across the country with municipal police forces and the RCMP.

She said her department is also working on public education by setting up partnerships with non-profit outreach agencies such as Drug-Free Kids.

"What we learned from the lessons of the United States when they started their rollout … was really to ensure that the prevention was rolled out before the actual legalization date became a reality," she said.

Eight states in the U.S. plus the District of Columbia have already legalized recreational use of marijuana.

Provinces, territories and some police agencies have cautioned that having Canada's regime in place by next July 1 is too ambitious.

Alberta Health Minister Sarah Hoffman said while they're still consulting on their plans "we're working forward with that deadline in mind and we expect we will be able to achieve it."

"An awareness campaign most of the time will take time to have a positive effect," said Barrette.

"We need to have that as soon as possible and I think Minister Petitpas Taylor is working in that direction."

Prime Minister Justin Trudeau's government introduce the legalization legislation in the spring aimed at keeping marijuana out of the hands of youngsters and denying profits to black marketers.

The minimum age to buy and consume cannabis will be 18, but provinces are free to set it higher.

Some provinces have already announced their plans.

Alberta unveiled its tentative plan two weeks ago, setting the minimum age at 18 to align with the legal age for drinking. It has not decided if it will allow marijuana to be sold through government-run or private outlets.

There are other issues still to be determined, including setting a tax on cannabis that is not so high it pushes customers to the black market.

Canada is also signatory to three United Nations drug control treaties that criminalize the production and possession of non-medical cannabis.

Marijuana rules will be 'a work in progress,' Vancouver councillor