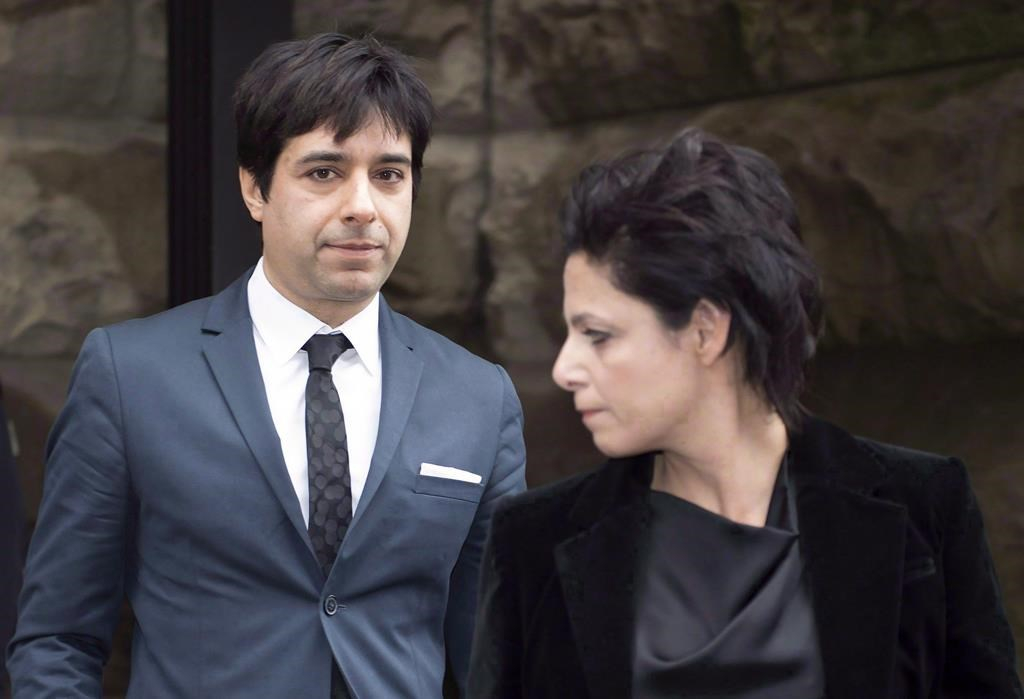 So too are the far less-sensational claims being made in average workplaces everyday, says Toronto workplace harassment investigator Monica Jeffrey.

"Every investigator that I know right now in Toronto is just totally, totally swamped," Jeffrey says of non-stop claims that spiked in the past year.

"Definitely no workplace is immune from these types of issues."

Jeffrey doesn't suggest the accusers in her recent cases were inspired to come forward by the ongoing Hollywood allegations, but she and other experts predict that's just around the corner.

Toronto employment lawyer David Whitten noted a jump in cases when headlines were dominated by the downfall and subsequent trial of CBC Radio star Jian Ghomeshi, which started with his dismissal in the fall of 2014.

"We definitely saw a spike, we saw people coming forward, we got a number of consultations for sure," says Whitten, calling that time period "our Weinstein scandal."

Indeed, one of the most dramatic results of the Weinstein scandal has been the wave of accusers who have come out of the woodwork to name the Oscar-winning producer in similar offences. Countless other women and men have rallied around the Twitter hashtag #metoo to reveal their own experiences with sex abuse, including in the workplace.

Allegations surrounding Ghomeshi sparked the similar hashtag #BeenRapedNeverReported, linking thousands of other girls and women in solidarity as they, too, shared their stories.

Whitten and Jeffrey believe that movement had real impact — it recast sexual violence as a widespread, systemic problem and put bosses across Canada on notice that, increasingly, such incidents would not be tolerated.

"CBC was pilloried for how they handled the matter and really, that I think was the final straw for employers that had their heads in the sand,'" says Whitten, of the firm Whitten and Lublin.

"A lot of people don't bring forward their claims for fear — it's a fear of losing their job, a fear of retaliation, they're just fearful, frankly. That's the number one reason people don't (make) complaints," says the former lawyer, whose firm JMJ Workplace Investigation Law LLP acts as a third-party neutral body when called to investigate.

"When a news story like this hits ... people start reflecting on their own experiences and then from that they're like, 'You know what, I'm not going to deal with this anymore.'"

Jeffrey also links the Ghomeshi scandal to helping spur greater provincial protections that took effect in September 2016. The changes beefed up provisions against sex harassment and bullying, and gave Ontario's labour ministry the power to order an employer to conduct an impartial investigation when a complaint is made.

Since then, companies have been forced to review and revamp their own policies to comply, and are much more aggressive in rooting out problem workers, she says.

"We've seen a move from what used to be more like 'Mad Men' in the workplace to something that's much more conservative."

Federally, the Public Service Alliance of Canada offers some of the country's toughest provisions but stricter laws are not enough, say national health and safety officers Andrea Peart and Denis St. Jean.

They note that mental health barriers are still a "major issue" in encouraging victims to come forward. Even in the federal public service, the mechanisms can be adversarial and cumbersome "and certainly will take a personal toll," St. Jean says from Ottawa.

Peart says the unionized federal sector has the "single best violence prevention legislation in the continent" but she argues that real change will only come with more women in senior positions.

She notes the number of complaints has increased in recent years.

PSAC's most recent anonymous survey — conducted between Feb. 27 and March 24 — found 22 per cent of employees indicated they had been victimized in the past two years, up from 19 per cent in 2014.

Those numbers don't suggest an increase in harassment, but rather an increase in reports of harassment, Peart says. It's for that reason she and St. Jean expect the next survey to show an increase again, especially as harassment issues gain further mainstream attention with the Weinstein case.

Since leaving her law practice five years ago to focus on investigations, Jeffrey says she's noticed a cultural shift that has fostered a greater willingness to take complaints seriously.

"At the manager level there's a very heightened awareness," she says, allowing that could have more to do with legal pressures to comply.

The other time Jeffrey noticed a spike in workplace complaints was following the election of U.S. President Donald Trump.

"A few months after that, we actually noticed a few more racial discrimination cases than we had ever seen before. It just goes to show how media does ultimately affect, maybe, attitudes and tolerances and complaints coming forward."