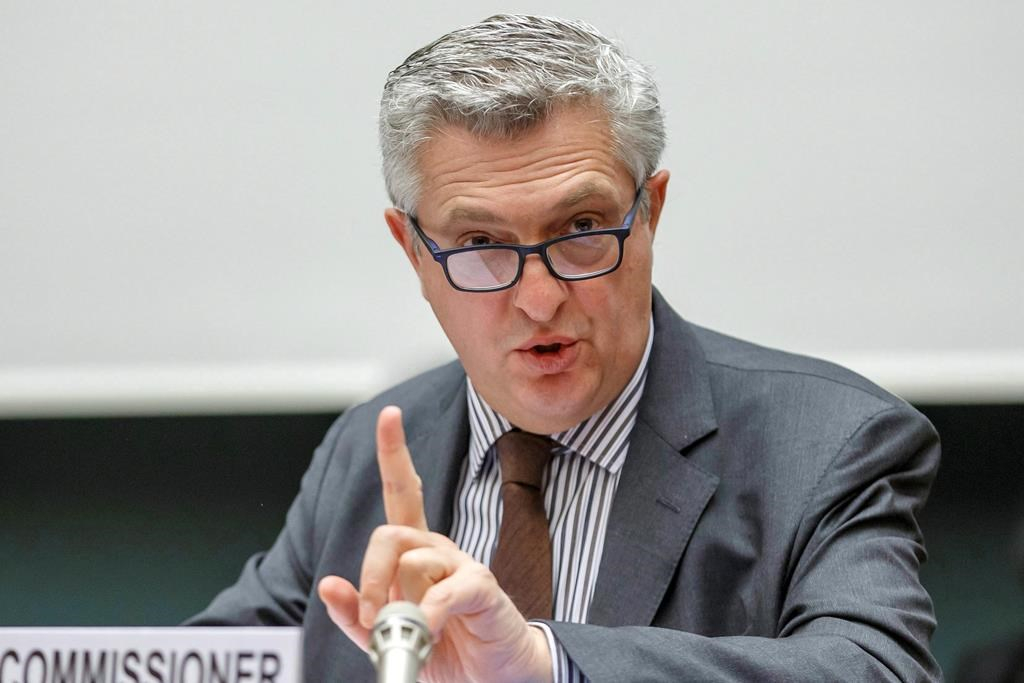 The United Nations High Commissioner for Refugees arrives in Canada this weekend for what his agency had hoped would be a chance to publicly applaud Canada's decision to take in a higher number of refugees next year.

But it might be half-hearted applause: while the federal government is set to increase the number of privately sponsored refugees, the number they'll take via the UN remains the same.

That's despite a massive push by the agency to find more resettlement spaces for the estimated 1.2 million people it believes will need new homes next year at a time when finding those spots is becoming harder and harder.

The UNHCR's Filippo Grandi made a passionate appeal Thursday to the UN Security Council — a body on which Canada is hoping to gain a seat in four year's time — for more action and advocacy in the face of multiplying crises around the world displacing tens of millions of people.

"But certain states — often those least impacted by refugee flows, and often wealthy ones — have closed borders, restricting access to asylum and deterring entry."

The plan released by Immigration Minister Ahmed Hussen on Wednesday calls for Canada to take in 43,000 refugees and protected people next year — an increase of just 3,000 over this year.

The number of government assisted refugees remains the same as 2017, at 7,500 people. The increase comes via the private sponsorship of refugees and an expected rise in the number of asylum claims lodged in Canada that are accepted.

"Canada's commitment to refugees must not be privatized: the government needs to take the lead by resettling more refugees than private citizens do," the Canadian Council for Refugees said in a statement.

"We are very concerned to see that the government is intending to resettle only half the number of privately sponsored refugees, especially as government-assisted refugees are those identified by the UNHCR as the most vulnerable."

In an interview with The Canadian Press ahead of the plan, Hussen said the focus on privately sponsored refugees stems from a desire to clear a major backlog of applications in that program as well as the outcomes — PSRs, as they are known, traditionally find jobs and get off government assistance sooner than their government assisted cohort.

As well, he said, the PSR program saves the government money because the costs of a refugee's first year in Canada is borne by their sponsors.

But Hussen said Canada remains mindful of its global role.

"We are maintaining our commitment to share in the responsibility sharing in the settlement of refugees overseas that other countries have to do," he said.

In the aftermath of the Syrian refugee program, which saw upwards of 25,000 Syrians settled in Canada in a matter of months and thousands more over the course of 2016, there were signs of increased global engagement.

Prime Minister Justin Trudeau co-hosted a leaders summit on refugees with then U.S. president Barack Obama in the fall of 2016, and on the sidelines of that summit announced Canada is working with the UN and the George Soros foundation to export this country's private sponsorship program around the world.

Canada is also part of a group of countries working with the UNHCR on a global compact for refugees. The subject is likely to be on Grandi's agenda when he visits Ottawa next week.

"Many sponsors who mobilized in large numbers in response to the government’s call are losing their motivation as they continue to wait to welcome the refugees they agreed to sponsor," the association said in a statement.

"The burden of the backlog will continue to be borne by civil society and the sponsored refugees."