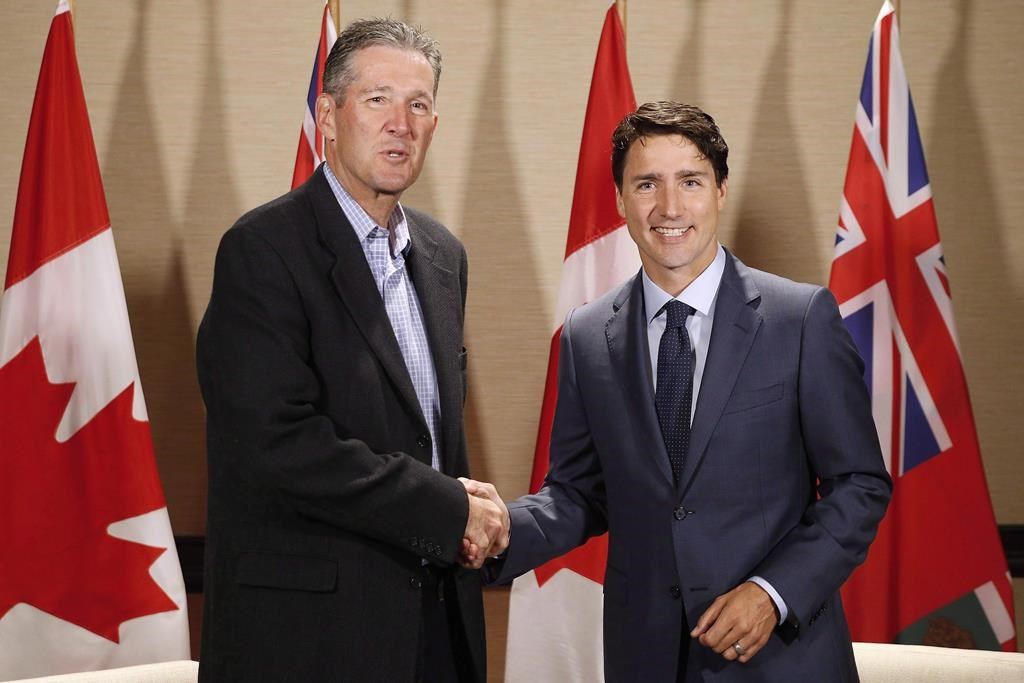 Manitoba Premier Brian Pallister signalled Monday that the province's private sector will be involved in the distribution of marijuana when recreational use is legalized next July.

Pallister said details of the provincial plan to govern cannabis would be released Tuesday. He rejected earlier statements from the Manitoba Government and General Employees' Union that sales should be done exclusively through government-run stores.

Pallister said there will be some sort of a "hybrid option" — public-sector regulation and distribution combined with private-sector delivery — that could take business away from the existing black market.

"People want to have access and selection and customer service, and these are things the private sector has developed a reputation for," Pallister said.

"Our plan ... will protect Manitobans and also help us to make sure that we're getting the gangs out of this business as fast as we can."

Pallister's Progressive Conservative government asked for expressions of interest in July from potential cannabis producers and vendors. Tuesday's announcement is expected to reveal the overall structure of sales and regulation. Some of the finer details are to be worked out later.

The Opposition New Democrats have called on the government to ban private cannabis retailers in Winnipeg and other communities large enough to have government-run liquor stores, at least initially.

The NDP, as well as public-sector union leaders, says workers in government-run stores are best qualified to ensure pot is sold responsibly and according to whatever rules are laid out.

Manitoba's alcohol sales are already mixed. Government-run stores in cities offer the full range of beer, wine and hard liquor. There are many private beer vendors, usually in hotels, and a small number of private wine stores. In some small rural communities, private vendors sell the full range of alcohol.

Pallister has said the provinces are being rushed to come up with rules for marijuana sales in time for the federal government's July 1 deadline.

Like Ontario, New Brunswick has said it will use a Crown corporation model, and a legislature committee has recommended the minimum age at 19.

Alberta is setting the minimum age at 18 to align with the legal age for drinking in that province. It has not decided if it will allow marijuana to be sold through government-run or private outlets.