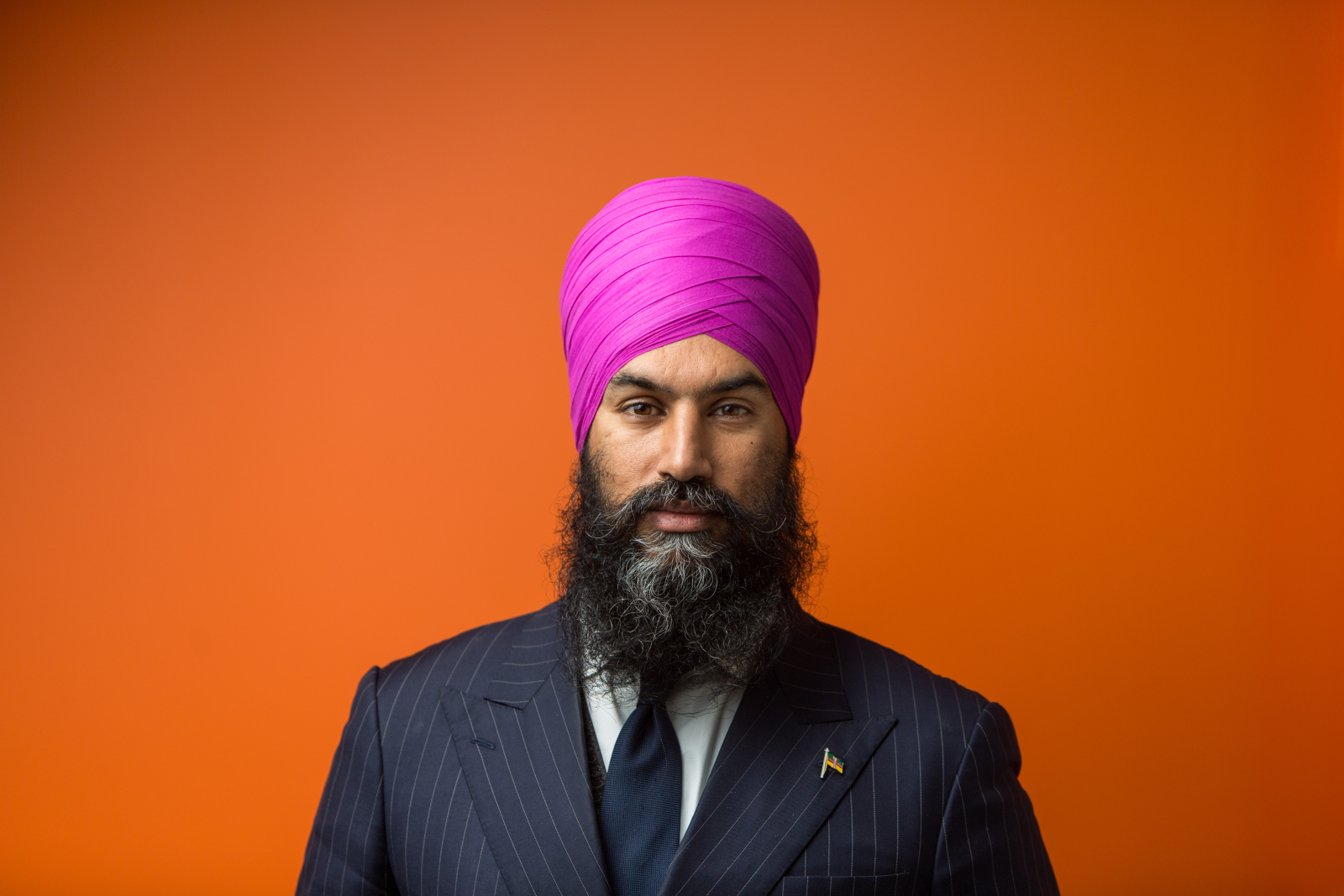 Sadiq Khan's campaign for mayor of London was a master class in defeating dog-whistle politics – rhetoric that is not explicitly racist, but appeals to anti-immigrant or xenophobic sentiment.

When Khan ran in 2016, his Conservative opponent Zac Goldsmith ran a profoundly negative campaign, accusing the Labour politician of “legitimizing” extremist views, and repeatedly labelling him as “radical” and “dangerous”. Khan won with 57 per cent of the total vote – a historic margin of victory.

For Jagmeet Singh, Canada’s newly-elected NDP leader, the biggest challenge of the 2019 election may also be proving that he can withstand a similar dog-whistle campaign.

Singh has already been subject to the Goldsmith treatment. In his first national interview after becoming leader, he faced a pointed line of questioning about the Air India incident, which, as many have pointed out, occurred when Singh was five years old. The CBC, which aired the interview, compared it to asking incoming Conservative leader Andrew Scheer about his views on abortion. Some commentators have responded that the equivalency doesn't hold true, and that other politicians have not been similarly asked to condemn segments of their Sikh supporters as Singh has.

As for the NDP’s progressive base, some of the same one-dimensional thinking has been at play. Ask progressives who did not support Singh in the lead-up to the NDP leadership vote why they wouldn’t vote for him, and the answers were equivocal. Many said that they wouldn’t support Singh because Quebec would not be able to stomach a practicing Sikh as prime minister.

We might be able to chalk this up to the Bradley Effect, which stipulates that a certain number of polled voters are likely to say they are undecided rather than disclose a preference for a Caucasian candidate over a black one (although the existence of the Bradley Effect has been disputed). Anthony Richmond, writing in England in 1955, describes a different phenomenon in The Colour Problem. Writing on race and politics, Richmond suggested that "most people think others more prejudiced than themselves," and thus defer responsibility for discrimination onto others. Whether this was the case in the NDP leadership race is up for debate, but one thing is not: pointing to the real or conceived prejudice of others to avoid supporting a candidate of colour is nothing short of cowardly.

Campaigning on hope in 2019

While getting the votes of 25,000 card-carrying NDP members is one thing, winning the campaign to become prime minister is quite another.

Race will certainly play a factor, especially at a time during which sensitivities are heightened and stories of violent attacks make the rounds around the world. Race and issues of religious freedom cause insecurity for many voters in the West. They don’t see it as a mere question of the individual freedom of others; many view it as a direct threat to their own way of life.

But it is also possible that Singh will manage to flip the script. It would be wise not to underestimate him, and his power to turn the negative into a positive.

Singh is a natural storyteller, and his story is emotionally profound. A campaign video that was covered by mainstream Quebec media shows him listening to a cassette tape of Roch Voisine as he ties his turban. In an off-camera voiceover, he describes himself as an underdog, an ethnic minority Canadian uniquely positioned to sympathize with Quebec’s struggle to preserve its minority language and culture.

But more resonant was a video of Singh addressing a racist heckler at a campaign event, which went globally viral. Singh’s compassionate yet firm demeanour resonated with a very deep desire to quell the politics of fear that has pitted neighbour against neighbour across the insecure West.

His run for prime minister will be a chance to show Canadians, and the world, that the politics of hope is back.

What swung me most to vote

What swung me most to vote for Jagmeet Singh for the NDP leadership was his personal story of family economic hardship at one point in his life. He has experienced and lived through what many Canadians have,
and that personal contact with hardship is invaluable and instructive. When I go into Dollarama, if there's no lineup behind me, I talk with the clerks about the new minimum wage for Ontario- still inadequate for minimum self- sufficiency, but a little better. By at least the third week in the month, they are working out how to scrape by, how to afford another bag of carrots. I am so angry that they work all day on their feet and experience fear over how to meet their basic food needs.
If there's a chance that Jagmeet Singh has had to reflect on how to put carrots or lettuce in the refrigerator, he's my man. I also trust that his easy and natural charm will help ward off the grim Conservative wolverines.