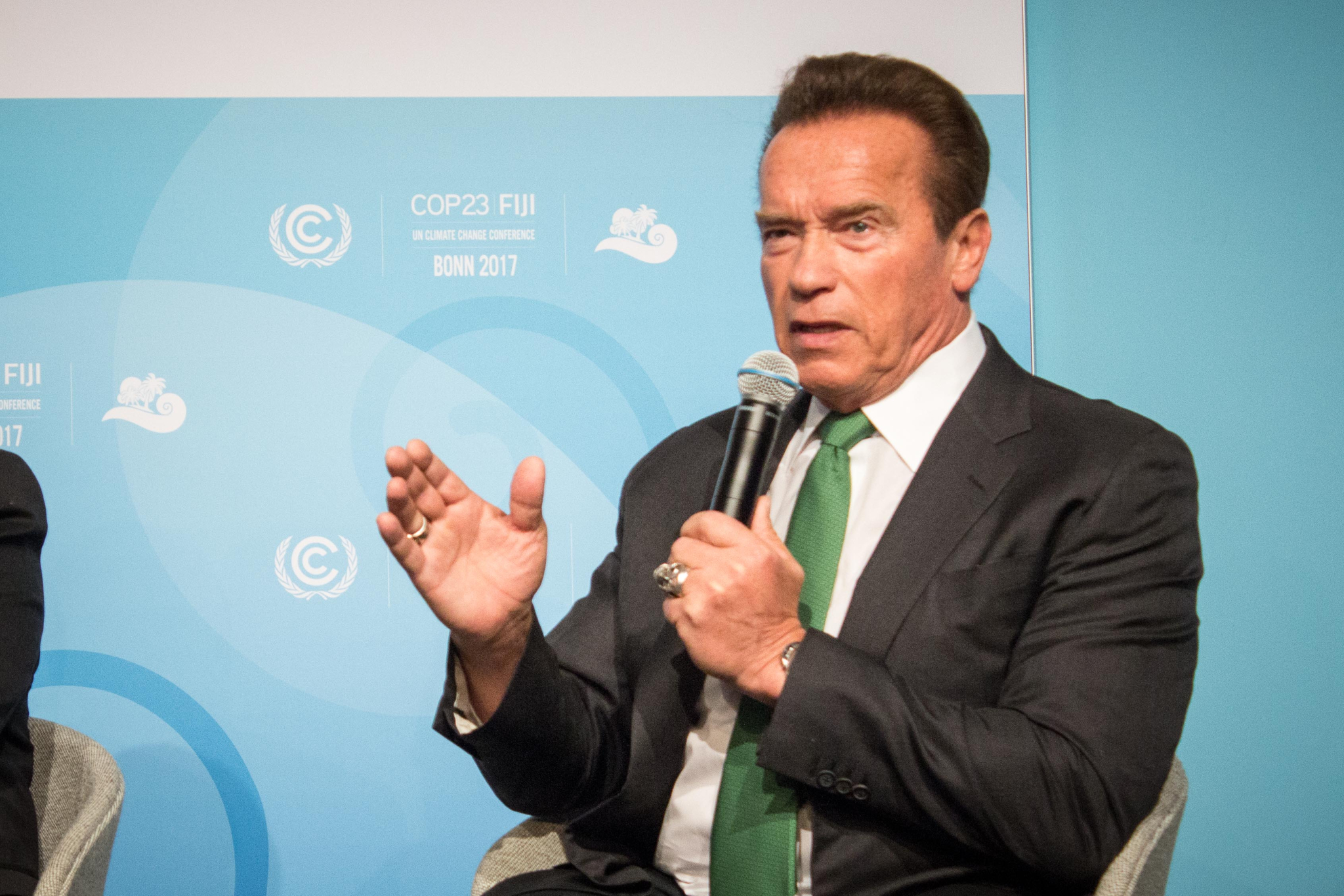 U.S. governors joined Mexico and Canada on Monday in distancing themselves from President Donald Trump's administration by committing to do more to fight climate change.

Forming a new nonpartisan partnership, the governments, led in the U.S. by both Republicans and Democrats, all pledged to strengthen their own climate change plans and work together in the months leading to a special summit next September in California.

Environment and Climate Change Minister Catherine McKenna said she also hoped to meet with federal U.S. representatives later this week and get them on board at the annual United Nations climate change summit underway in Bonn, Germany.

President Trump has previously described scientific evidence showing how humans contribute to climate change as a hoax and has announced plans for the United States to formally withdraw from the Paris climate change agreement that was signed in 2015 to prevent dangerous levels of carbon pollution in the atmosphere.

On Monday the Trump administration hosted an evening side event at the Bonn summit on the "role of cleaner and more efficient fossil fuels and nuclear power in climate mitigation." (That event was interrupted by a singing protest, the Washington Post reported.)

But the White House's approach to climate change hasn't stopped Canada from working with Americans.

"The good news is that there are many parts to the U.S. here in Bonn, so (we're) having great discussions with governors about climate action that we can do together," said McKenna, after a meeting with some of the U.S. governors. "(We’re) also meeting with U.S. business and we’ll be meeting with mayors. With the official U.S. delegation, (we're) always looking to meet and have good conversations. I think it’s really important that we continue discussing. I hope the U.S., at the federal level, will understand that climate change is real, that we need to be taking action together, and also that there’s a huge economic opportunity, that the countries that understand this will be able to create good jobs and grow their economy."

Blue wall drops in on Germany

Earlier, four of the governors, Jerry Brown of California, Kate Brown of Oregon, Jay Inslee of Washington and Terry McAuliffe of Virginia joined former California governor Arnold Schwarzenneger, a Republican, to stage an event demonstrating that the U.S. was still in the fight against climate change. The event was moderated by Christiana Figueres, former executive secretary of the United Nations Framework Convention on Climate Change.

Brown from Oregon said that she and her neighbouring governors on the west coast wanted to demonstrate a "blue wall" of Democratic west-coast states.

“I am concerned about the impacts of global climate change will exacerbate already existing economic disparities in our communities of colour, our low-income communities, our tribal communities and our rural communities," said Gov. Kate Brown. "So my focus as Oregon’s governor is really to work and build and collaborate with a number of communities to improve their lives.”

Schwarzenneger noted that cities and states have a lot more power than most people realize, so they are in a position to significantly reduce U.S. emissions.

“People don’t understand the way the United States works," Schwarzenegger said."There’s a lot of independence in states and in cities. So we will do the rest as states and in cities in this particular case. The United Nations just has to be aware of the power that subnational governments have.”

He also urged people to start speaking more about health impacts of pollution to win the debate against fossil fuel companies. He said his own administration in California had struggled in a 2010 referendum to introduce stronger regulations because opponents warned about job losses. But he said all of that changed following a 15-second ad that warned Californians that "pollution kills," helping his government win the vote.

Schwarzenegger also threw in a few jabs at Trump. But the former governor noted that he wasn't all that worried about inaction from the White House.

“We can march forward, even with Trump being kind of like, you know out there and living in the Stone Age and thinking that coal is his to bring back," Schwarzenegger said, drawing some laughter from a crowd of political staffers, environmental activists and other observers. "Imagine to bring back coal, at a time when coal is plummeting, in the United States and all over the world. It’s plummeting, it’s the worst business to be in and that’s what he wants to bring back. It’s like bringing back Blockbuster or something like that. Hello? I mean, you’re in the wrong direction. You’re supposed to be a great businessman. What is wrong with him? So this is the reality here.”

Former California governor Arnold Schwarzenegger says he's not worried about President Trump's policies, because cities, states and businesses will step up to fill the void. Video by National Observer

Gov. Brown of California later defended his own plans to allow expanded oil and gas production in his state, saying that his focus is on reducing demand for fossil fuels.

"If we don't reduce the demand, we'll get the supply by boat and by train and that is really dangerous, because people die," Brown told reporters.

Inslee invites Trump to 'slog through the mud' in Arctic

Gov. Inslee also joined McKenna after their meeting to speak to reporters. He explained his own plans to address climate change, saying his administration in the state of Washington was considering the best way to put a price on pollution.

"We’re looking at either a cap and trade system or an outright revenue fee on carbon itself to finance some of the things we need to do to save our forests, keep our waters clean and prevent ocean acidification," Inslee said.

"So my next session of the legislature, I hope that we are going to be able to do something of that nature. But, absent that, there’s a hundred things we can do even without a cap and trade system. Like I said, we have put this absolutely regulatory limit on carbon. We have an incentive for EVs (electric vehicles), we have an incentive program for solar, we have our renewable portfolio standard. We have a 75 or 80 per cent clean grid right now. So it’s not a one-size fits all. We’ve got to do all these things.”

California, Ontario and Quebec have all agreed to integrate their economies into a joint cap and trade market that requires companies to pay for each tonne of carbon pollution by purchasing permits at a price set by the market.

Inslee also said that Canada is at "ground zero" of climate change, particularly in its northern territories with some communities undergoing serious threats from temperatures that are warming much faster than in the south. He then offered some advice for President Trump, drawing a few nods along the way from McKenna.

"Canada is actually ground zero for climate change because it’s hitting Canadians four times faster in the higher latitudes than it is in the lower latitudes," Inslee said. "So we ought to get the president of the United States up there to slog through the mud once in a while. That might be helpful."

Fact on the matter is that as

Fact on the matter is that as long the tar sands are in production, and due for expansion our efforts on global warming are a joke. When idiot Trudeau approved the Kinder Morgan pipeline he gave the tar sands a whole new life..... https://canadianviews-ymo.ca/politically-homeless-more-bang-for-my-polit...