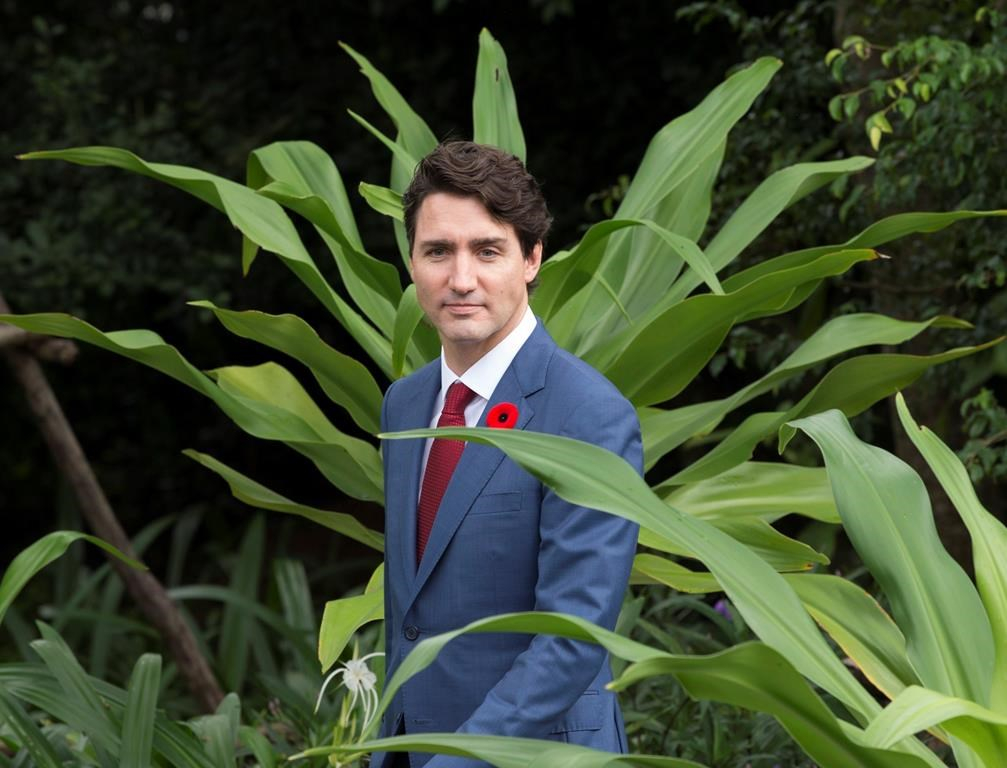 Two years ago, Canada’s freshly minted prime minister strode to the podium of the Paris summit on climate change and beamed, “Canada is back, my friends,” and “we’re here to help.”

The audience cheered. In that bucolic era before Donald Trump, Stephen Harper’s climate negotiators had come to exemplify obstructionism at the annual climate conflabs. Justin Trudeau’s Canadian delegation would go on to play a helpful role in the 2015 negotiations which landed the world’s first, real agreement to reduce climate pollution.

Cheers notwithstanding, Trudeau’s declaration was audaciously amnesiac. Canada had never played a role in this great existential challenge that would be worth resuscitating. A succession of Liberal and Conservative leaders flew off to summits, made promises and set targets for cutting greenhouse gases. No serious plans were ever implemented. We didn’t just break our promises and miss our targets, the federal government spent more than two decades charging in the wrong direction.

So, even when the Trudeau government meekly admitted it would stick with the “Harper targets” it had derided in opposition, there was real logic to the argument that what mattered wasn’t the setting of more meaningless targets but the setting out, at long last, of some serious plans and taking real action. Move, finally, into motion and we can gear up as we go along.

And with Environment and Climate Change Minister Catherine McKenna leading the charge, the Trudeau government had a dynamic start. Accelerating the phase out of coal plants, rallying all but the most obdurate province into a national carbon pricing program, kicking off negotiations for a Clean Fuel Standard and an electric vehicle strategy, launching modernization processes for the National Energy Board and environmental assessments.

McKenna remains as upbeat a booster for #climateaction! as ever, but the reception is souring. Canada’s largest source of carbon emissions — oil and gas production — is not just steaming along but expanding, the feds have approved major export terminals for fracked gas as well as oilsands pipelines to Vancouver harbour and the U.S. Midwest. Halfway through its term in office, Canada’s climate plans are still mostly proposals and agenda items for consultations and task forces — even before theory meets practice, the proposed plans would leave Canada millions of tons of carbon shy of meeting those Harper targets, which McKenna vowed would be the bare minimum, “the floor not the ceiling.”

As the governments of the world gather in Bonn, Germany for the latest climate summit, the Trudeau government has been dogged by bad reviews. The United Nations and OECD gave Canada poor grades on climate progress. Canada’s Auditor General recently castigated the government because the plans on offer are not strong enough to meet our modest objectives. The Auditor General also found gaping lack of preparation for climate impacts and obstruction on promises to eliminate taxpayer subsidies to fossil fuels.

To be fair to any government, we have to ask whether it is operating at the outer limit of what’s politically possible. Would public opinion allow more aggressive action? Or, more pointedly, does Justin Trudeau have room to navigate, without provoking a national schism over energy like his father?

When you actually ask Canadians, the answers are encouraging: “There’s a new normal in Canada on the issue of climate change,” says Bruce Anderson, chairman of Abacus Data.

“Half of voters won’t consider politicians who don’t take the issue seriously – and most other voters also believe action is needed and inaction will result in catastrophe.”

Anderson found that fully 79 per cent of Canadians believe we “face a catastrophe if we fail to do more.”

And this “new normal” extends across party lines. 67 per cent of Conservative voters fear a looming economic disaster if we fail to do more, while 85 per cent of them believe we have “a moral responsibility” to act.

What about the hard politics of holding the federation together? Abacus asked residents of the oilsands provinces and found that, “More than 75 per cent believe that the consequences of inaction will be severe or very severe or catastrophic, and most do not believe that acting to fight climate change will be bad for the economy or for taxes.”

Jason Kenney, take note: “Less than 10 per cent of voters (in AB and SK) prefer a party or candidate that favours doing nothing on climate change; more than 45 per cent say they won’t vote for one who doesn’t have a plan.”

The Trudeau government clearly has more room to move than it did two years ago. In fact, polling by Abacus earlier in the year found that Canadians are ready to get real on the big issues. Although Canada’s political class acts as if publicly mentioning the end of fossil fuels is beyond the pale, Canadians themselves say that a “Transition from fossil fuels? Not all that controversial.”

“In political and media circles, it can be characterized as controversial to talk about a transition away from a fossil fuel dependent economy. But for most voters, the idea doesn’t seem radical – they sense that given future demand for oil, it’s better considered inevitable.”

Room to step things up

All of this points to an expanding political space for the Trudeau government to step things up.

McKenna has proposed several important public policy mechanisms, but none are designed to galvanize the public imagination. Instead of vagaries about “clean growth,” why not put something compelling and tangible in the shop window? Major countries like the U.K. and China are setting dates to end the sale of fossil fuelled cars. That’s galvanizing.

On the rhetorical front, Trudeau and his ministers should engage Canadians in a more direct conversation about where we’re heading. Instead of mushy talking points about “transition,” let’s have an honest conversation about what we’re transitioning to. A zero carbon economy where fossil fuel emissions have been eliminated.

We need to eliminate fossil fuel emissions in a few short decades to avoid catastrophic impacts. That’s the point of the Paris climate agreement and the point of the climate summit underway in Germany. It’s time to move that conversation beyond the hallways of the U.N. and grapple with it as a truly national conversation at the dinner tables and coffee shops of the country.

Well, I'll jump in with a

Well, I'll be the first to jump in with a comment on Chris's excellent analysis. Yes, the conversations around the dinner tables have to translate into people like you and me engaging with elected officials to be bold. I'm not sure public license will be enough, however. Sure, that's where it begins. But intense and sustained public pressure has to come next to get elected officials to be bold. I wonder what our readers think.

Canadians really need to hold the government accountable not just for failing to put climate change plans into action, but also for feeding the beast it claims it wants to slay. There are the more than $3 billion subsidies to oil and gas every year, the pipeline approvals -- and through the CCPIB, the investment of public pension funds in carbon assets, including coal. Yes, while McKenna is out there touting a coal phase-out, the Canada Pension Plan Investment Board is bidding to buy all of Rio Tinto's coal assets. It's as though she and Bill Morneau, to whom the CCPIB answers, don't sit in the same cabinet.

Trudeau should be given the

Trudeau should be given the boot. He is a hopeless case.... https://canadianviews-ymo.ca/politically-homeless-more-bang-for-my-polit...