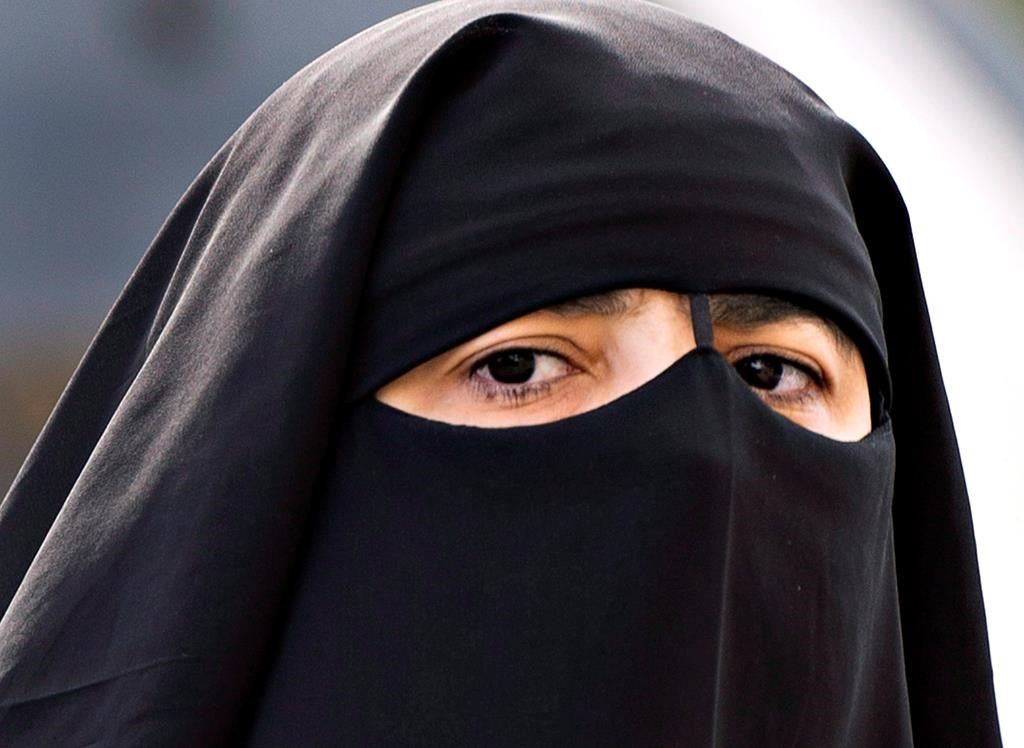 A woman wears a niqab as she walks in Montreal on September 9, 2013. File photo by The Canadian Press/Ryan Remiorz
Previous story
Next story

A Quebec Superior Court justice promised on Friday to deliver a ruling as soon as possible regarding a request for a temporary suspension of Quebec's controversial face-covering law.

Justice Babak Barin heard arguments on a challenge of the legislation, known as Bill 62, which forces people to remove face coverings when receiving or giving a public service.

Marie-Michelle Lacoste, a Quebec woman who wears the veil, as well as the National Council of Canadian Muslims and the Canadian Civil Liberties Association launched the challenge last week.

Lawyer Catherine McKenzie asked the court for a temporary suspension of the section of the law that forces public sector employees and private citizens to have their face uncovered when giving or receiving public services.

McKenzie argued the article in question violates the right to equality and freedom of religion, which are guaranteed by the Quebec and Canadian charters, and should be declared invalid.

She said the matter is urgent, given the significant impact on Muslim women who wear the veil on a daily basis.

McKenzie added the damages to those women would be irreparable.

The ban took effect in October and extends to attending class in Quebec's public educational institutions or boarding public transit in the province, although people can don the face coverings again once they have shown identification on the bus or subway.

Two women who wear the full veil said in sworn statements submitted to Barin they fear having to remove the veil to receive government services.

One said she only uses the subway to get around because she dreads how bus drivers will react. She also only attends classes at McGill University because the institution said it wouldn't force anyone to remove their veil.

Both say aggressive behaviour and insults have increased since the law took effect.

While the law calls for accommodation in certain cases, those provisions aren't in force like the rest of the legislation.

Eric Cantin, lawyer for the province, argued there is a presumption that when a government passes a law, it is in the public interest. He said the plaintiffs didn't provide enough evidence to show that wasn't the case.

Cantin said the arguments made in the statements of the two Muslim women were weak and represented only "concerns" of possible discrimination.

He said according to their declarations, the women are able to receive the same services as they did before the law went into effect.

Lacoste told reporters after the hearing that Cantin is wrong with regards to his claim that the plaintiffs didn't face actual discrimination.

"He doesn't know what he's talking about," she said. "I invite him to walk in my shoes for one week."