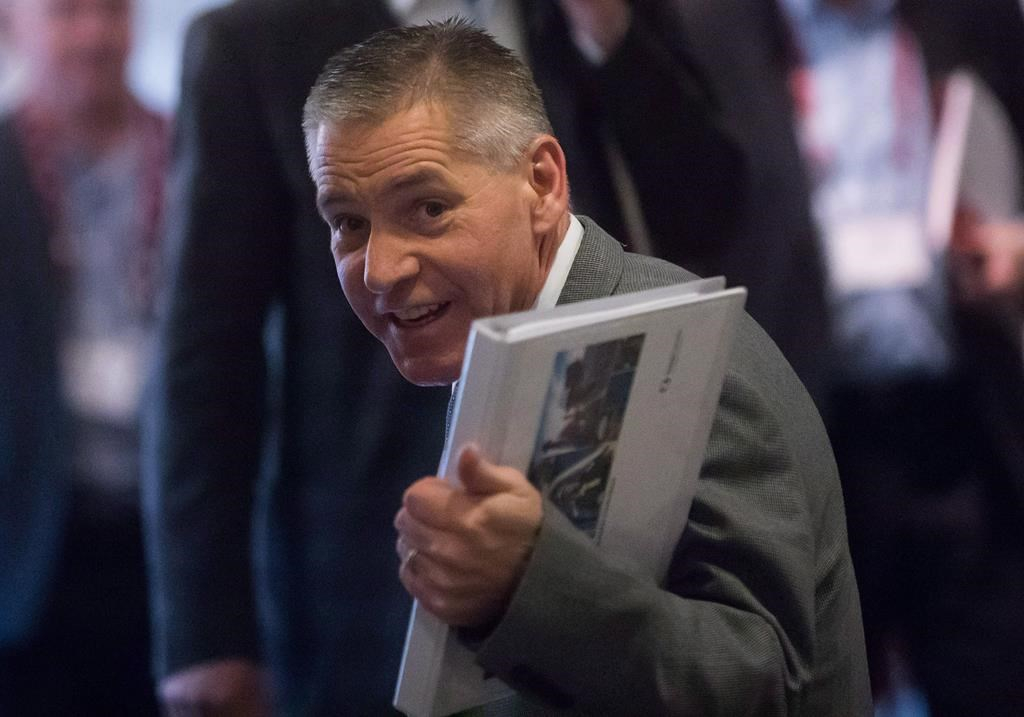 TransCanada Corp. CEO Russ Girling told a conference call on Tues. Nov. 28, 2017 that he is "very encouraged" by discussions with potential Keystone XL shippers to date. File photo by The Canadian Press
Previous story
Next story

TransCanada Corp. said Tuesday it has started to engage with Nebraska landowners along the alternate route of its Keystone XL pipeline approved last week.

Speaking at an investor day in Toronto, Dean Patry, senior vice−president of liquids, said the company continues to review the regulatory approval from the Nebraska Public Service Commission, but has already started speaking with new stakeholders.

"The alternate route would involve a number of new landowners for us, and as always, we’re striving to understand their perspectives on the project, and we will continue to strive to reach agreement with them on mutually beneficial terms," he said.

The route approved by the commission cleared the last major regulatory hurdle for the controversial pipeline, but created new issues for TransCanada by not approving the company’s preferred route and instead giving the go−ahead on one that shifts the pipeline further east, away from sensitive ecological areas.

The company filed a procedural motion on Nov. 24 that requests the commission reconsider its order that approved the alternate route, but Patry said the company was looking to address some questions raised by the order, and not to change the route itself.

He said TransCanada continues to review the cost and schedule implications of the decision, but is looking to make a final investment decision on the project as soon as possible.

Company CEO Russ Girling said earlier in the day that the company has been "very encouraged" by discussions with potential shippers in recent weeks on the proposed 830,000 barrel a day pipeline and that TransCanada expects to secure enough binding commitments from shippers to advance the project.

The proposed pipeline, which would bring oil from Hardisty, Alta., to markets in the U.S. Gulf Coast and Midwest, has faced significant opposition from environmentalists for much of the nearly ten years TransCanada has been working to make it a reality.

TransCanada. " ... started to engage with Nebraska landowners ... The alternate route would involve a number of new landowners for us, and as always, we’re striving to understand their perspectives on the project, and we will continue to strive to reach agreement with them on mutually beneficial terms," Dean Patty, senior vice−president of liquids said.

Same story in Canada, facilitated by the industry-captured National Energy Board, which gives companies "Right of Entry" onto landowners' lands. Landowners are stripped of their property rights.

This company's apalling number of leaks, poor safety record, and repeated instances of deception reinforces why NO jurisdiction should be subject to their pipelines' presence.