By Tracy Sherlock | Analysis | December 6th 2017
#5 of 115 articles from the Special Report: Wildfires 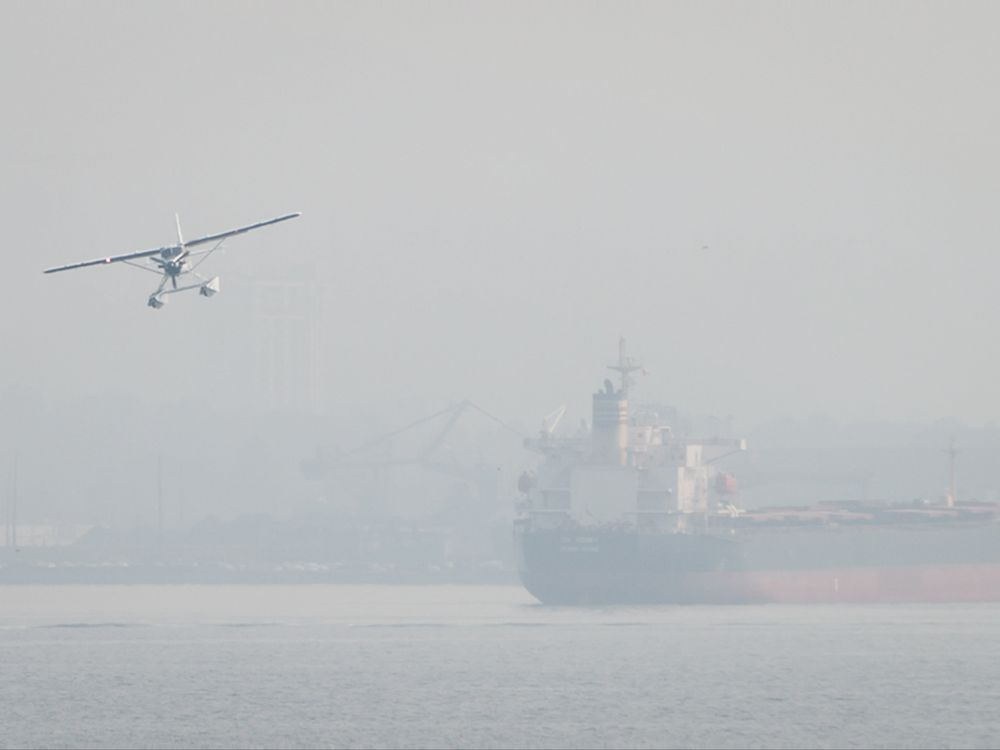 When wildfire smoke blankets a province, as it did in B.C. for weeks this summer, there are marked increases in asthma attacks and respiratory infections, as well as smaller increases for things like heart attacks and cardiac arrests, a B.C. scientist says.

Sarah Henderson, a scientist at the BC Centre for Disease Control, says wildfire smoke affects everyone, even though they might feel fine.

“Everybody who is breathing in the smoke from forest fires is having subclinical effects,” Henderson said. “If we drew their blood the day before and the day after a smoke episode, we would see differences in the blood of everybody who was exposed to that episode.”

The summer’s wildfires were the most devastating the province has ever seen. There were tremendous effects from the fires themselves, including loss of homes, extreme danger for firefighters and a $520 million bill for the province.

When asked for a government interview about the health impacts of wildfire smoke, the Ministry of Health's manager of media relations Laura Heinze set up an interview with Henderson through the BC Centre for Disease Control.

“That can put the whole body into a state of systemic inflammation, which can affect all of the organs and systems in the body,” Henderson said. “So, it can affect your heart and your brain and even though you’re breathing this stuff in, so it makes sense that it’s affecting your lungs and your eyes and your throat, it can also affect everything else in your body.”

Asthma can double or triple with extreme smoke

Of course, the wildfire smoke in B.C. this summer increased the particles by much more than 10 micrograms — some days it increased as much as ten times that.

At those numbers, there is often a doubling or tripling of people going to their doctors for asthma complaints and even people without asthma might get a respiratory infection they wouldn’t have otherwise got, Henderson said.

As forest fires increase in extent and intensity, their effects on human health will also increase, the Canadian Wildland Fire Strategy says. There is strong evidence that smoke from wildland fires compromises respiratory health and heart-related problems and when it mixes with pollution in urban areas, it creates more significant health risks, says a report created by a fire strategy working group of the Canadian Council of Forest Ministers.

As far as long-term health effects, the jury is still out. There hasn’t been a lot of study on it because air pollution affects people over a lifetime, so it’s hard to isolate the effects of a short-term smoke exposure, Henderson said.

“What I would expect is some people who were quite compromised to begin with, those smoke exposures might knock their health down for months to come,” Henderson said. “People who were healthy to begin with … once the exposure goes away, I expect them to bounce back relatively quickly.”

Babies in utero and being born into smoke are most vulnerable to long-term effects, Henderson said.

Wildlife is also affected by wildfire smoke, Henderson said. One study of rhesus monkeys born into smoky conditions showed that they carried the effects into childhood, she said.

Stay inside to protect yourself

As far as prevention, Henderson said the best thing to do is stay inside, in a building with air filtration.

“You can put an air cleaner into one or two rooms of your home, they do a really good job of reducing the smoke and we also know they do a pretty good job of improving the health of the people who live in these homes,” Henderson said.

Masks can be problematic because many of them don’t filter out the particles in smoke, they don’t always fit properly and they can make it hard to breathe, especially for people who are already finding it hard to catch their breath, Henderson said.

The only mask that works for wildfire smoke is an N95 respirator, she said.

“These events are going to keep occurring as the global climate changes, and the best way for individuals to weather them is to be ready for them," Henderson said.

Tracy Sherlock writes about the B.C. government for the National Observer. Contact her with news tips at tracy@nationalobserver.com.