Call it the 'Calgary effect' 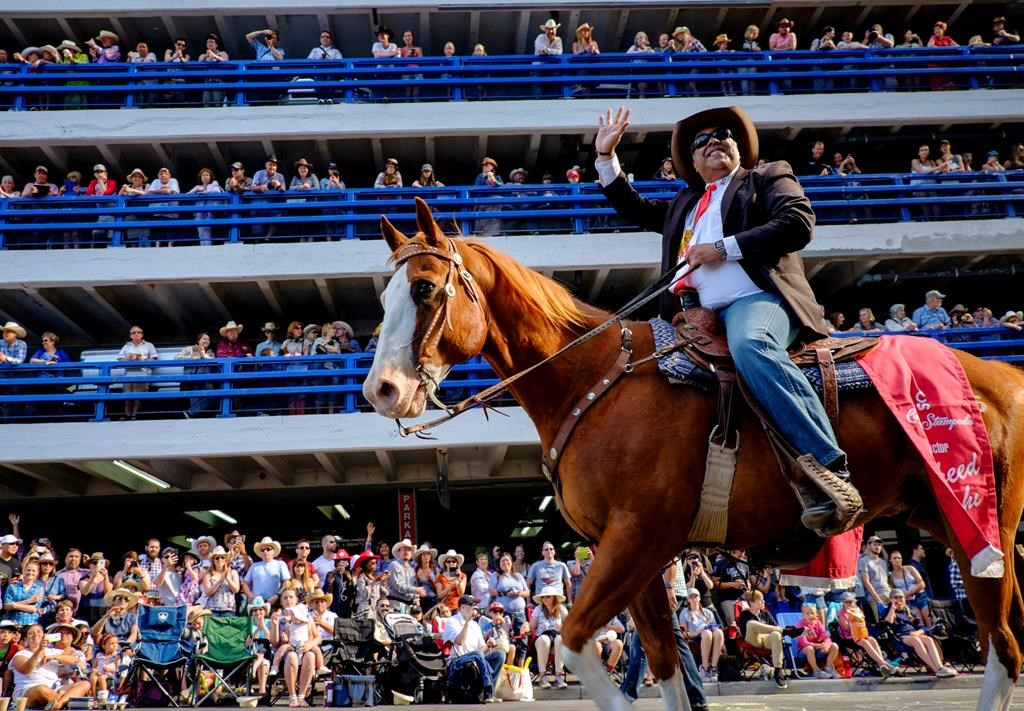 Mayor Naheed Nenshi waves to a crowd at Calgary Stampede on July 7, 2017. Despite polls showing he was likely to lose in 2017, Nenshi was re-elected in October. File photo by The Canadian Press
Previous story
Next story

A polling firm is calling it the "Calgary effect."

Overlooked cell phone-wielding young voters and people hanging up their phones are among the factors that contributed to the "major polling failure" that wrongly projected Calgary Mayor Naheed Nenshi's resounding defeat in October, says an internal Mainstreet Research report.

"It's really the whole perfect storm. ... There's just so many factors involved here, it's almost impossible to blame any one on its own, that's what makes it so unique. It's just a tough place to poll," Mainstreet Research president and chief executive officer Quito Maggi told National Observer Monday, following the release of two reports on the polling firm's handling of the Calgary municipal election.

Leading up to the Oct. 16 vote, Mainstreet consistently pegged incumbent mayor Nenshi as many as 17 points behind competitor Bill Smith, former president of the Progressive Conservative Association of Alberta. On voting day, Nenshi won with 51 per cent of the vote, compared to 44 per cent for Smith.

A key factor in misreading intentions was missing Calgary's young voters, according to an analysis conducted by Mainstreet's vice-president of analytics, Joseph Angolano.

"Calgary is one of the youngest cities in Canada," Angolano wrote, noting 33 per cent of voters were in the 18-34 age group. "When a population skews that young, it stands to reason that a methodology that relies rather heavily on landlines might have trouble mirroring the actual election results if a solid amount of that younger demographic decided to come out and vote."

Angolano concluded the Calgary results are an anomaly — hence, the "Calgary effect" — although he did note Mainstreet experienced problems in 2016 in Saskatoon, another city with lots of young people. Though mayoral election polls for Saskatoon were not as off as those in Calgary in 2017, the experiences in both cities inform Angolano's recommendation the firm take up "random digit dialing" in addition to directory dialing in order to reach more people on their cell phones.

He suggested Mainstreet incorporate more questions in its polling to get a better grasp of voters' positions on policy, implement American Association for Public Opinion Research standards, house its data with a university, and investigate online polling options.

Maggi added that when polling in Calgary, Mainstreet should add more language options as it calls out to would-be voters, starting with making Punjabi, Cantonese and Mandarin options available. In the future he expects those options to extend to Arabic and Tagalog.

Maggi says Mainstreet spoke to "lots and lots and lots" of voters aged 18-34, but, "we just couldn't reach the Nenshi voters."

"It always relates to turnout. We know that turnout in Calgary increased, but where else have we seen something like this? The only other example is Calgary in 2010," he said, when Nenshi first ran and won the city's mayoral election.

Maggi added, "When the race is not that competitive (as in 2013), when it's a snoozer of an election, you can poll and be very representative, in any mode in Calgary. But when it's a hotly contested election, in the two that Nenshi has been in 2010 and now again in 2017, something weird happens with the turnout."

Report on the Calgary Election by Mainstreet on Scribd

Before and after the final results of the 2017 mayoral election, the Mainstreet polls and the Postmedia newspapers that partnered with the firm and published its results — the Calgary Herald and Calgary Sun — were publicly criticized.

A report on Mainstreet's media activity said the polling firm, "broadcast absolute, unwavering confidence that their numbers were correct before the vote, in some cases ignoring the obvious warning signs that should have given them pause. On social media, Mainstreet bickered and argued with (opponents on a) variety of the issues, even after election day. In their polling reports, Mainstreet prognosticated on Nenshi’s apparent political failure, using their data as the backdrop to explain the current political situation in Calgary. It was that front-facing communication strategy —or, really, lack thereof — that turned a failure into a disaster."

"Sometimes bravado gets the better of us. In the Calgary election, confidence turned into over-confidence, things were said ... I've apologized for all those things. Reading Justin's report was like looking back at your life story and having somebody retell all the worst, most embarrassing things about you."

The Only Poll That Matters... by Mainstreet on Scribd

Following the Calgary election results, Canada's self-regulating polling industry group, the Marketing Research and Intelligence Association, announced it would conduct its own investigation into Calgary's "wonky" polling results. Other public polls that took place during the municipal election were also far off, though they suggested Nenshi would win.

The association's chief executive, Kara Mitchelmore, told National Observer on Monday that terms of that inquiry are still being determined and an academic is expected to lead the investigation in the new year.

Maggi said he looks forward to the broader inquiry.

"I actually can't wait to participate in the MRIA (investigation) because I'm really fascinated to see what happened in the other polls," he said. "Especially having unpacked what we just went through, I want to see the other side."

I don't know about Mainstreet

I don't know about Mainstreet, but I'm well aware of the political ideology behind Post Media, and so can't help but suspect that some self fulfilling prophesy was at work in their polling numbers. We still have a land line, but I don't do polls. Don't believe trying to predict the outcome and then tell voters what that is going to be, before the election, is good for democracy. Certainly, we wouldn't tolerate it in our criminal justice system.

As more of us become disenchanted with mainstream media, and the billionaires who own mainstream media, I suspect we hang up on the pollsters. We intend to vote...and inform ourselves before the vote. We don't need to tell an anonymous kid sitting in a cubicle what that vote is going to be.

We don't need some outfit, funded by we don't know who, trying to influence our decision by statistically generated predictions. In the Calgary election, the conservative right wing ran smear campaigns, funded silly groups like "Save Calgary".(the sole purpose of which was to defeat progressive incumbents), and tried to stir up a protest vote...on the one issue they can't get over....their pathological need for no taxes.

Thank goodness there were enough people with a broader view of the issues facing the city...however old, and whatever kind of phone they have....to keep these ideologues at bay. That Mainstreet thought the 'taxes and things' crowd was winning, might say something more about them and less about some mystical 'Calgary effect'. Our provincial election in 3015 is another case in point.....none of the pundits, experts and paid prophets had that one figured either....or if they did, they kept awfully mum about it. Election night was a major surprise for most of us.

Perhaps more time spent on the issues and less on the horse race might be the real fix for the
'Calgary effect'.