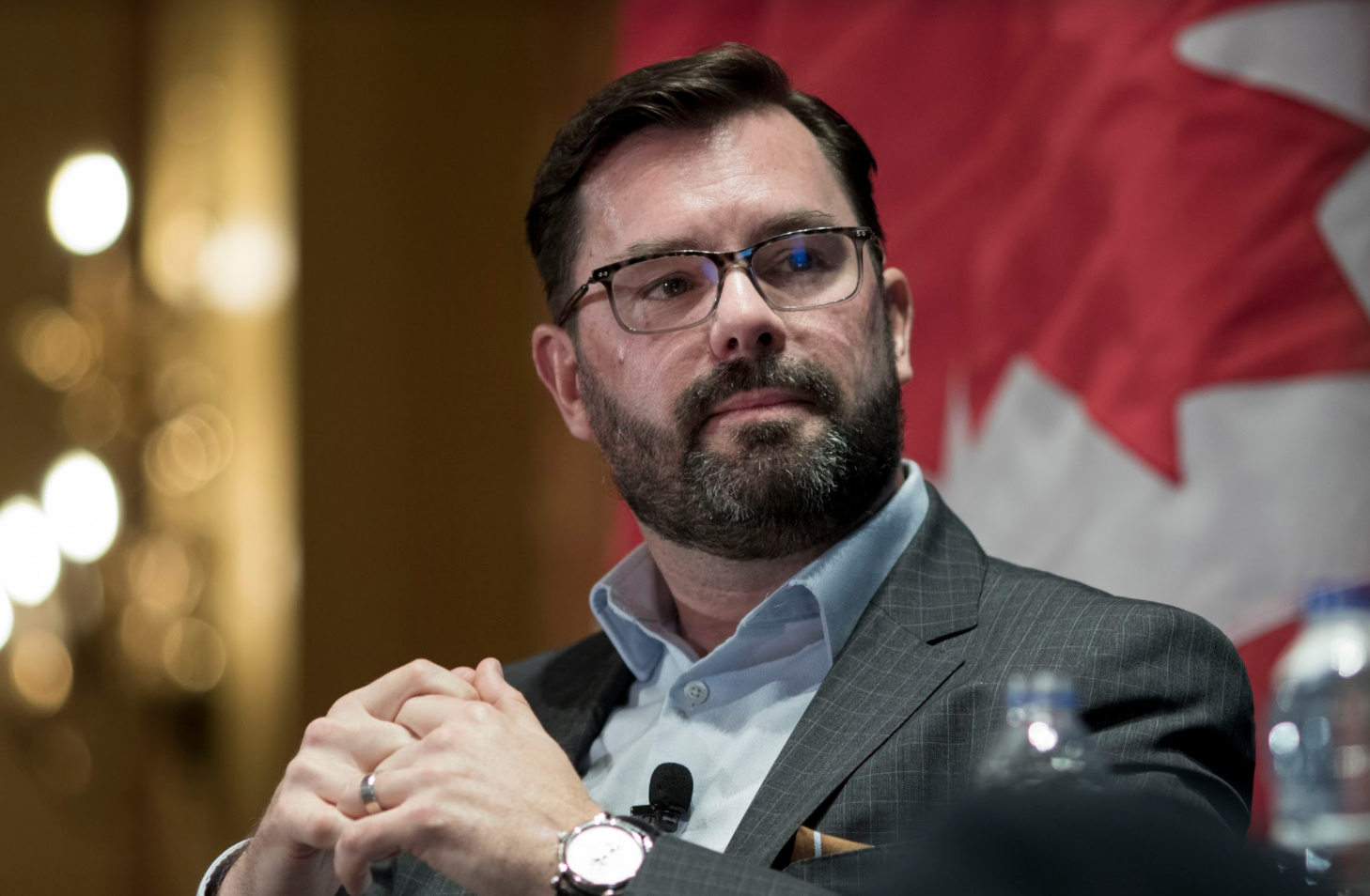 Jeff Gaulin, vice-president of communications for the Canadian Association of Petroleum Producers, speaks at an Economic Club of Canada meeting in Toronto on Dec. 6, 2017. Photo by Nick Iwanyshyn
Previous story
Next story

Canada's national broadcaster has asked its ethics commissioner to review its use of a journalism job board run by one of the country's top oil and gas industry lobbyists, in search of potential conflict of interest.

For years, CBC/Radio-Canada has advertised on Jeff Gaulin's Journalism Job Board, a go-to resource for journalists and media companies looking for both jobs and employees.

The website started in 1995, when Jeff Gaulin graduated from journalism school at the University of Western Ontario. But since 2014, Gaulin has risen to public relations prominence as the vice-president of communications at the Canadian Association of Petroleum Producers (CAPP) — the largest and most influential oil and gas lobbying group in the country.

Marc Barrette, director of talent acquisition at CBC/Radio-Canada, said he wasn’t made aware of Gaulin’s work at CAPP until recently. The broadcaster looped in its ethics commissioner when National Observer started asking questions about its job ads on Gaulin's site.

Since May 2015, said Barrette, CBC/Radio-Canada has only directly used the service 12 times, paying just over $2,000 for the postings. Since the company uses an external posting aggregator, however — Illico Hodes’ Rita Services — he can’t confirm the exact numbers.

“We’re talking to our ethics commissioner to see if there’s an issue there,” said Barrette. “We’re still waiting for an answer back.”

Keith Stewart, climate and energy campaigner at Greenpeace Canada believes there’s legitimate reason for concern. In an interview with National Observer, he said, “When the head of public relations for the most controversial industry in the country is also helping journalists get jobs, it raises eyebrows.”

National Observer previously advertised journalism jobs on Gaulin’s site, but decided to stop this year to avoid any appearance of conflict of interest.

No red flags raised by experts

Gaulin’s job board works like any other: journalists pay a flat fee — $50 plus GST for one year — to list themselves as candidates, while companies pay a slightly higher fee — $100 plus GST for a single job or $250 plus GST for a “featured job." For a consulting fee, Gaulin also offers to “review your resume, cover letter and portfolio as well as provide some career direction.”

Interviewed by National Observer, Gaulin said there’s no potential conflict of interest: “I’ve been doing this for 20 years. I’ve worked in a number of industries in the capacity of communications, media relations and the like, so I have my day job and I have my night job. They’re pretty separate.”

Some experts contacted by National Observer didn’t see a clear problem either.

Duff Conacher of Democracy Watch said he wouldn’t feel any sense of indebtedness to Workopolis if he got a job through there, and it would only be a concern if Gaulin was picking and choosing who got listed on his site.

“It’s a job board,” Conacher said. “You find out where to apply and you apply. I don’t see anyone owing him.”

Sean Holman, associate professor of journalism at Calgary’s Mount Royal University and an expert on freedom of information legislation, agreed. He doesn’t think there’s any risk of Gaulin refusing to advertise a job if the media outlet was critical of CAPP, he added.

Holman suggested, however, that the case offers interesting insight on the lifecycle of journalists in Canada, where there are an estimated 4.1 public relations practitioners for every journalist.

“I find the fact that a public relations professional and lobbyist is running one of the top journalism job boards in Canada to be an interesting commentary on just how few journalism jobs there are in certain sectors of the industry,” he said.

Holman said that J-Source — a publication of the Canadian Journalism Project — does a “fairly good job” of rounding up ads and offers up a service that’s detached from the PR industry.

Gaulin said he has an intern who runs the job board and identifies career opportunities for him.

He said he gets about a half-dozen emails per day from job seekers, ranging from students about to graduate from journalism school, to high school students interested in journalism as a career, to people middle-aged people hoping to make a career change.

“The success stories for me are someone who said ‘I got a job on your website, now I’m an editor of a small-town paper, now I need to hire and I want to use your site,’” he said. “Those are great success stories. But I don’t have a lot of the personal interaction between the actual hiring of journalists. That’s all done independently. I just provide the classified space.”

Gaulin also uses his personal LinkedIn profile to promote more expensive “featured jobs” on his job board to an “expanded network.” Glowing endorsements of his job board are posted on Gaulin's LinkedIn page, including: "jeffgaulin.com is the most effective Canadian job site for those in the media," and "a resource just as valuable for journalists and business communicators today as it was back in the mid-1990s."

Barrette of CBC/Radio-Canada said in an interview that Gaulin’s use of his personal LinkedIn to promote featured jobs from his job board, “could be perceived as being a conflict of interest, I guess.”

In 2014, Peter Mansbridge — former chief correspondent for CBC News and anchor of The National — came under fire for receiving compensation to speak at CAPP’s Investment Symposium in December 2012.

A 'tremendous amount' of industry power

In the “About Us” section of the job board, Gaulin describes himself as “the vice president of communications and public affairs for an international energy company.”

Stewart of Greenpeace said Gaulin should specifically name his affiliations with CAPP in order to be as transparent as possible. He also noted that Greenpeace requires a conflict-of-interest screening if any of its staff are going to be hired in a secondary position (Stewart teaches a course on on energy and environmental policy at the University of Toronto) but the relationship between Gaulin and journalists “might be viewed as a bonus.”

APTN, which often advertises on Jeff Gaulin’s Journalism Job Board, didn’t respond to a request for comment. The British Columbia-based Discourse Media, which has also advertised on Gaulin's site, declined to comment when reached via email.

— with files from Annie Burns-Pieper