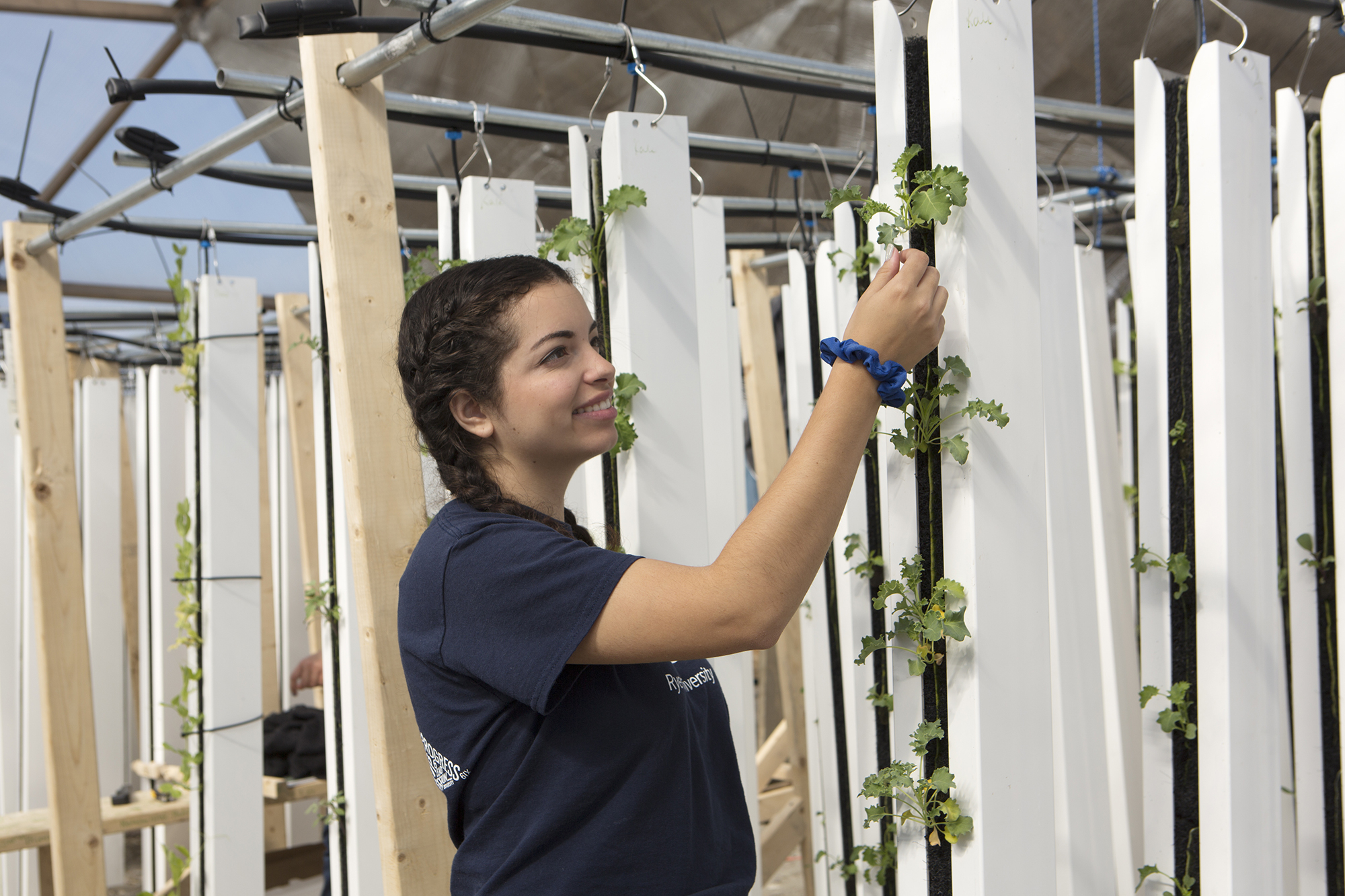 Nearly 274,000 Canadians had green jobs in 2016, according to new estimates released by the federal government's statistical agency.

And with an average annual salary of about $92,000, including benefits, these Canadians are earning a lot more than the average worker, who makes about $59,000, Statistics Canada reported on Wednesday.The agency tallied all jobs related to environmental and clean technology for the year. This total represents 1.5 per cent of the total jobs in the economy, according to the report. The Trudeau government says it can use the new analysis by Statistics Canada to start measuring how green policies could potentially benefit the economy. Canada is among the first countries to measure the impact of clean tech and environmental goods and services on a national level, the government says.

Growth in green employment since 2007

"We're transforming data into insight to help us understand the environmental and social impacts of clean technologies on the Canadian economy — an important part of our vision for a clean, innovative economy that balances economic growth and environmental protection," Natural Resources Minister Jim Carr said in a statement.

The numbers also show that employment in the environmental and clean tech sector grew by 4.5 per cent since 2007, which is a slower rate of growth compared to jobs in the rest of the economy, which rose by 8.4 per cent over the same period, Statistics Canada said.

The International Renewable Energy Agency, an intergovernmental organization that promotes clean energy, recently estimated that 24 million people would have jobs in the renewable energy sector around the world by 2030. But the agency did not have any estimates or projections available for Canada, which is not yet a member of this organization.

Anil Arora, Canada's chief statistician, said in a statement that all Canadians, including businesses and governments, can use the new data to make better decisions on the best way to promote sustainable growth and jobs.

The new numbers could also provide fresh context for ongoing debates about government efforts to transition away from fossil fuels.

Oil and gas companies have been aggressively promoting the need for new pipelines to support growth in the oilsands, part of the world's third largest reserves of crude oil after Saudi Arabia and Venezuela.

And with an average annual salary of about $92,000, including benefits, these Canadians are earning a lot more than the average worker, who makes about $59,000, Statistics Canada reported on Wednesday.

While the oilsands are considered to represent about two per cent of the Canadian economy, Statistics Canada said in its new data that environmental and clean technology activities accounted for about 3.1 per cent, or $59.3 billion, of Canadian gross domestic product in 2016.

In terms of job numbers, Canada's oil and gas main oil and gas industry lobby group, the Canadian Association of Petroleum Producers, has estimated that the oilsands sector in Western Canada accounted for 151,000 direct jobs in 2015.

But there is also a crossover between green jobs and some of those jobs in the oilsands sector. Statistics Canada told National Observer that its estimate of 274,000 clean tech and environmental jobs included some oilsands jobs that are related to reducing environmental impacts.

The agency also said that the proportion of the economy dedicated to clean energy and technologies had "remained relatively stable" over the past decade.

The Trudeau government has said it wants to ramp up Canada's clean growth, and noted on Wednesday that it had announced a $2.2 billion investment in the clean tech sector in its last federal budget in 2017.

Innovation, Science and Economic Development Minister Navdeep Bains told National Observer in an email that the global market presents a "promising opportunity" for Canadian businesses. He also noted that the sector was a source of new clean jobs for the middle class and prosperity for all Canadians.

Editor's note: This article was updated at 5:25 p.m. ET on Wednesday with additional comments from Navdeep Bains.

And these jobs will evaporate

And these jobs will evaporate when the government welfare cheques dry up.

What's going to evaporate Sonny, is a lot of fossil fuel jobs, when we do what we said we would in Paris, and end all the subsidies to Oil and Gas. You can't have a double standard on this one...we subsidize fossil fuels, and big mega projects like Site C dam....and we pay for the clean up of the mess they leave behind out of tax dollars...as in the case of the Giant mine in Yellowknife.

Doing the right wing whine about welfare might be a wee bit dangerous now....too many of us know where the welfare cheques actually do go. And it's not to solar panels.

Great contradictions in the

Great contradictions in the Canadian government policy, claims to be great in supporting clean technnology, but then the opposite, supporting growth and export of fossil fuels: "Oil and gas companies have been aggressively promoting the need for new pipelines to support growth in the oilsands, part of the world's third largest reserves of crude oil after Saudi Arabia and Venezuela." Cannot have it both ways, cannot be the great climate action 'leader' and also be fully supporting more fossil extraction, use and export. The UN climate action person Christiana Figueres says we are not meeting our objectives of emission reduction, she says we need to see emissions flatten and begin to drop in three years. Others climate and emission experts say the same -- in order to stay below 2 degC we must see levelling off and beginning drops in emissions by 2020. We in Canada think we can have our cake and eat it too.

Right and we sure are eating

Right and we sure are eating it.

A lot of money is spent

A lot of money is spent convincing us we can have our cake and eat it too. But if we stopped the roughly 3.5 billion in yearly subsidies to fossil fuel, and gave that money to renewables and clean tech, we'd likely see real growth in our economy....of a kind that woudn't tank the planet.

We are so close be being able to go electric...and yet billions are wasted on advertising that keeps saying stupid things like 'the sun doesn't always shine'. How we shut the liars up, and raise the voices of the courageous and the visionary is perhaps the real question. Oil and Gas shills still get press...and space to proselytize.

Wish there were more of us to start the laughing, the jeering and the refusal to be complicit.

Not sure how relevant this is

Not sure how relevant this is but I'll ask anyway -- What requirements must a technology meet to be designated as truly "clean"?
Truly "clean energy" has three requirements (according to one source of unknown qualifications) but appears to be an informed source
1) The energy source generator does not create harmful byproducts when it is manufactured or decommissioned (dirty: nuke plants and uranium mining) (clean: solar cell?)
2) The generator doesn't produce harmful byproducts creating the energy (dirty: nuke or coal power) (clean: solar cell)
3) The energy doesn't produce harmful byproducts when it is consumed (dirty: gasoline) (clean: electricity or hydrogen)

Not too sure how clean solar cell production is. It's possible that no truly clean energy source is possible but some are orders of magnitude cleaner than others.