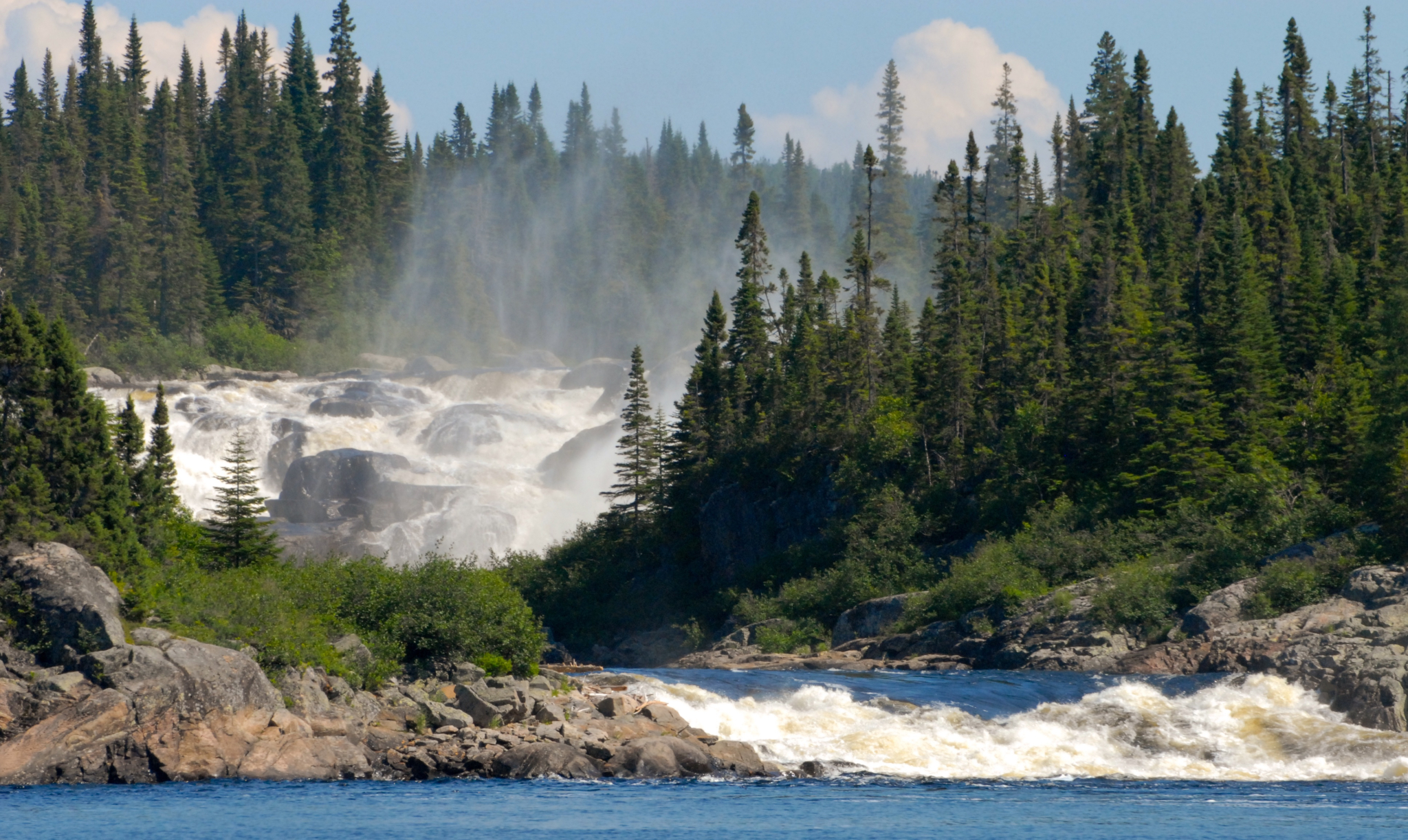 CPAWS and local activists have tried to protect the Magpie River in the Côte Nord region Quebec for several years. Photo courtesy of CPAWS/Boreal River
Previous story
Next story

The Quebec government is refusing to enshrine new environmental protections for a majestic river, just two months after its wholly-owned energy giant, Hydro-Québec, promised to spare it from future hydroelectric projects.

The province's Department of Energy and Natural Resources is citing "energy potential" as its rational for keeping the Magpie River — a provincial whitewater rafting treasure — open for business on the north shore of the St. Lawrence River in eastern Quebec.

In September, Hydro-Québec announced that it was abandoning a hydroelectric dam proposed for the river following months of criticism from environmental advocates. "We won't go there," an official for the power company told protesters at the time of the announcement.

But newly-released government emails reveal internal opposition to efforts to protect the river. The emails were exchanged between Nov. 13 and 15. In the correspondence, shared with National Observer, an official from the Quebec Department of Sustainable Development, Environment and Parks told Pier-Olivier Boudreault, a biologist at SNAP Québec (the provincial chapter of the Canadian Parks and Wilderness Society) that the energy department was opposed to protecting the Magpie River because of the potential for future energy projects.

“Unfortunately, we still received an unfavorable opinion,” the environment employee told Boudreault after he asked for an update on provincial efforts to protect the river.

Rallies to protect the river

The Magpie River flows 280 kilometres in Quebec's Côte-Nord region and was considered a potential development site in Hydro-Québec​'s 2009 to 2011 strategic plan for energy projects.

That plan was particularly controversial — organizations including SNAP Québec have been working to protect the Magpie River for more than a decade. National Geographic ranked it among the world’s 10 best rivers for whitewater rafting, and the region is renowned for its remarkable untouched boreal forest scenery.

Environmental advocates were given hope however, on Sept. 14 when Serge Abergel, manager of public affairs and media for Hydro-Québec, told protesters outside the Crown corporation's Montreal headquarters that it would cancel a hydroelectric dam project on the river, and the river would be safe for good.

That's what makes the Quebec energy department's latest decision not to close the waters off from development "unacceptable," said SNAP Québec's Boudreault.

“SNAP Québec considers (this) attitude in this file to be unacceptable, especially in the case of a river as iconic as the Magpie River,” he told National Observer in an email.

The department's decision also came as a complete surprise — on Aug. 29, SNAP Québec received what its director, Alain Branchaud, described as an "unprecedented" letter from Premier Philippe Couillard highlighting his government's determination to preserve Quebec’s biodiversity.

“... Rest assured that the Quebec government will do everything it can to respect its commitments, and that all relevant departments have received clear instructions in that sense,” Couillard told Branchaud in the letter.

When reached for comment, the Quebec energy department declined to confirm its views about efforts to protect the area around the Magpie River. Its spokesman said that the government had an "ambitious (overall) target for protected areas" and that relevant departments were working together on the Magpie River case.

"The department will continue to work with the (Environment department) and the (Forest, Fauna and Parks department) next year to see the sort of measure is more appropriate to reach a fair balance between the protection of biodiversity, the enhancement of natural resources, of the territory and its access," the energy department spokesman Nicolas Bégin told National Observer.

Canada committed in 2015 to protecting 17 per cent of its terrestrial areas and inland water by 2020 under the 1992 United Nations Convention on Biological Diversity. But CPAWS noted this year that both Quebec and Canada are lagging behind in their conservation efforts.

In the August letter to SNAP Québec, Couillard wrote that his government is “resolutely” committed to reaching its 17 per cent target of protected land areas by 2020. Boudreault, however, questions the willingness of provincial departments to deliver.

“There’s a total lack of coherence between the will of the government to move toward 17 per cent land protection, and quasi-systematic obstruction from MERN (the Ministry of Energy and Natural Resources) to stop development of protected areas projects,” he said.