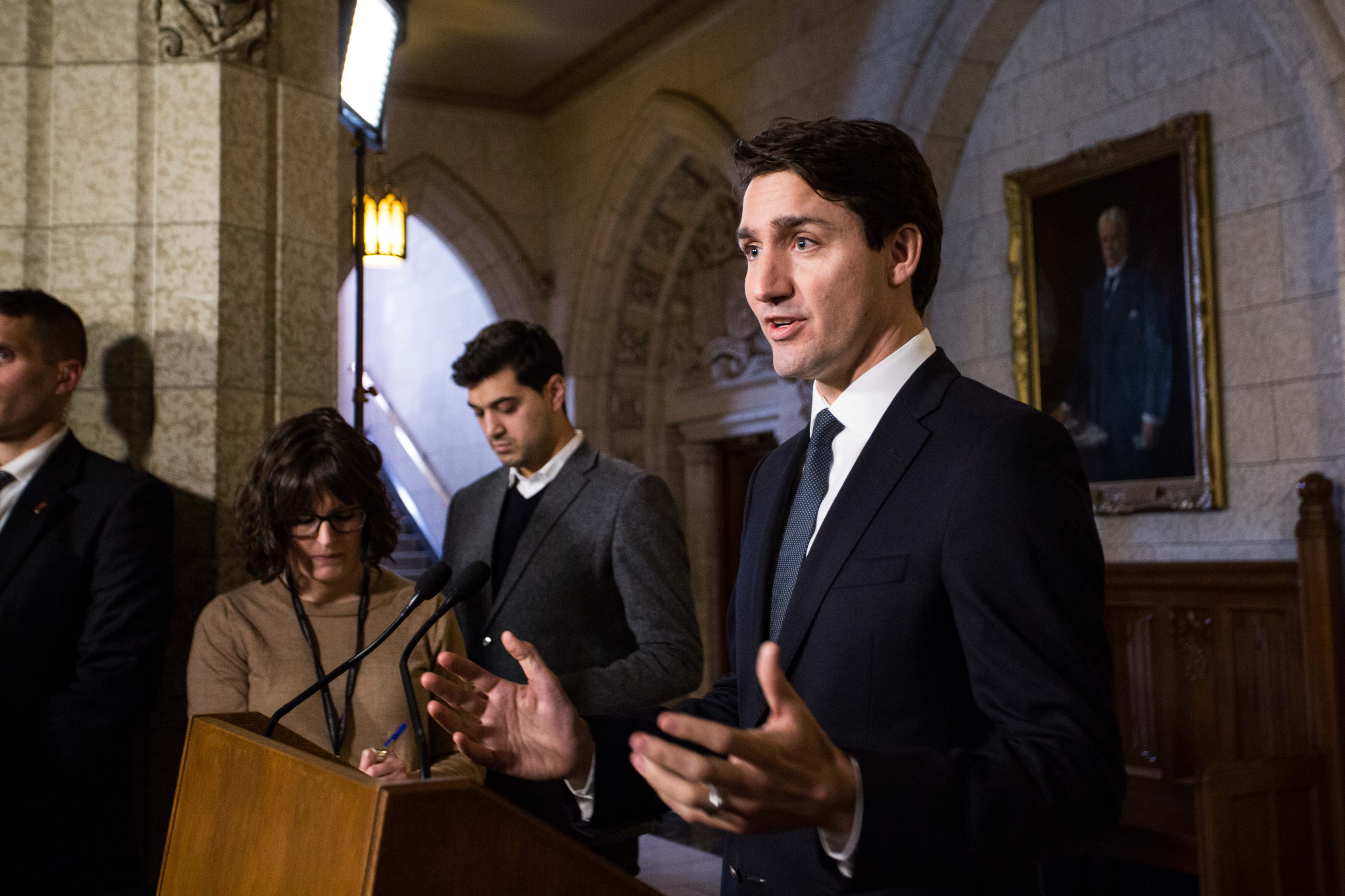 Prime Minister Justin Trudeau speaks to reporters in Ottawa on Dec. 20, 2017 following the release of a report that found he violated the federal ethics law. Photo by Alex Tétreault
Previous story
Next story

Prime Minister Justin Trudeau violated Canada’s conflict of interest rules when he and his family vacationed on the Aga Khan's private island last year, the ethics commissioner has found — a situation the Conservative and NDP opposition slammed as unprecedented.

Dawson said through a press release that “there were ongoing official dealings with the Aga Khan” when Trudeau accepted gifts of hospitality, and the Aga Khan Foundation Canada was registered to lobby his office.

“Therefore, the vacations accepted by Mr. Trudeau or his family could reasonably be seen to have been given to influence Mr. Trudeau in his capacity as prime minister," she is quoted as stating.

Prime Minister Justin Trudeau takes questions from reporters in Ottawa on Dec. 20, 2017 after a report from the federal ethics commissioner found that he broke the rules by taking a trip with his friend, the Aga Khan. Facebook video

Responding to the report during a news conference in Ottawa, Trudeau admitted he had made a mistake and said he would be clearing similar issues with the ethics commissioner ahead of time.

"I've always considered the Aga Khan a close family friend...but given the commissioner's report, I will be taking all precautions in the future," said Trudeau.

The question of how friendly the prime minister is with the Aga Khan, the spiritual leader of the Ismaili Muslims and the head of a development network, foundation and pluralism centre, dominated the news conference.

But she added that, while she thought they had a "warm relationship rooted in family history and built on common values and goals," it was "unlikely" Trudeau or his family would have been given invitations "had there not been official interactions between the government of Canada and the Aga Khan" and had Trudeau not stepped onto the national stage as a top political player.

"I fully accept the report of the commissioner. Her responsibility is to protect the integrity of the office. She made a determination that he is not a family friend. I still consider him a family friend," said Trudeau, when asked about how close he was with the Aga Khan.

Later, pressed by CBC's The National co-host Rosemary Barton on how it could not have occurred to him that taking the holiday might not have been okay, Trudeau paused before responding.

"The fact is..." he started, then stopped. "Let me just try to reorder the thoughts," he said, smiling. "On this issue of a family vacation with a personal friend, it wasn't considered that there would be an issue."

"But you knew they were lobbying," Barton responded.

"The Aga Khan is someone who has been a longtime friend, of the family's, a friend of mine, a friend to Canada as well," Trudeau replied.

"Obviously the issue, moving forward, is something that I, and no doubt future prime ministers, will take much more seriously, and be much clearer about proactively verifying, even family-related friends' travel in the future."

"For the first time in Canadian history, a prime minister has been found to have violated federal law," said Conservative Party Leader Andrew Scheer, speaking outside the House of Commons, a few hours after Trudeau's scrum.

The NDP leader said it was a sign the prime minister was "out of touch."

Want to see more investigations into this issue and what's going on in Ottawa? Please sign-up for regular news updates and subscribe to National Observer for more hard-hitting, in-depth reporting.

Editor's note: This article was updated at 4:25 p.m. on Dec. 20 with new comments from Andrew Scheer and Jagmeet Singh, and at 5:05 p.m. with additional photos.