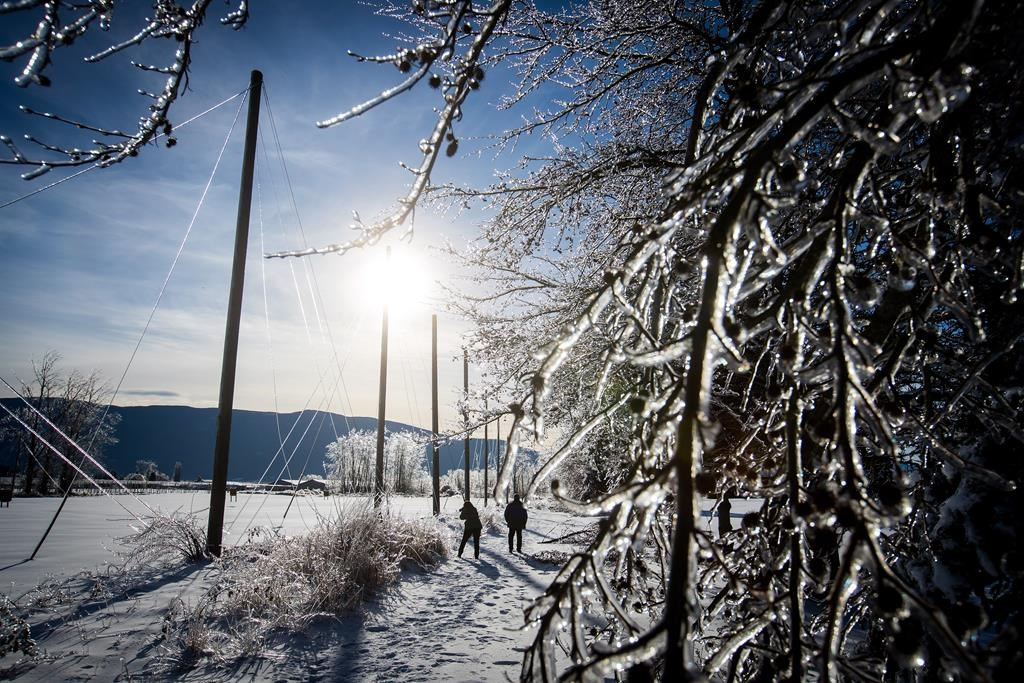 About 1,100 customers were still without power late Monday as crews worked to restore electricity after ice storms swept through British Columbia's Fraser Valley.

For some B.C. residents, it was their fourth day without electricity, after freezing rain left thick layers of ice in the hardest hit areas of Abbotsford, Mission and Chilliwack.

BC Hydro said that of 9:30 p.m., power had been restored for about 850 customers in Langley and Mission, but some new outages were still occurring.

The utility said although crews were continuing to work around the clock, some customers would remain without electricity on Monday night due to the amount of damage.

The first storm hit last Thursday and another struck on Friday, leaving the region coated in thick layers of ice, which snapped tree branches and downed power lines.

Some BC Hydro substations were also frozen solid, with sensitive equipment encased in ice.

BC Hydro spokeswoman Tanya Fish says crews finished repairs to the substations on Saturday night — a task that required equipment such as propane torches to melt the ice.

She said efforts to restore power to the thousands of customers that were still in the dark Monday were being prioritized based on those who had been without electricity the longest.

Environment Canada says there is a risk of more showers in the area, which could turn to freezing rain Tuesday night.

The weather agency says temperatures are expected to remain at the freezing mark before temperatures begin to rise Wednesday.