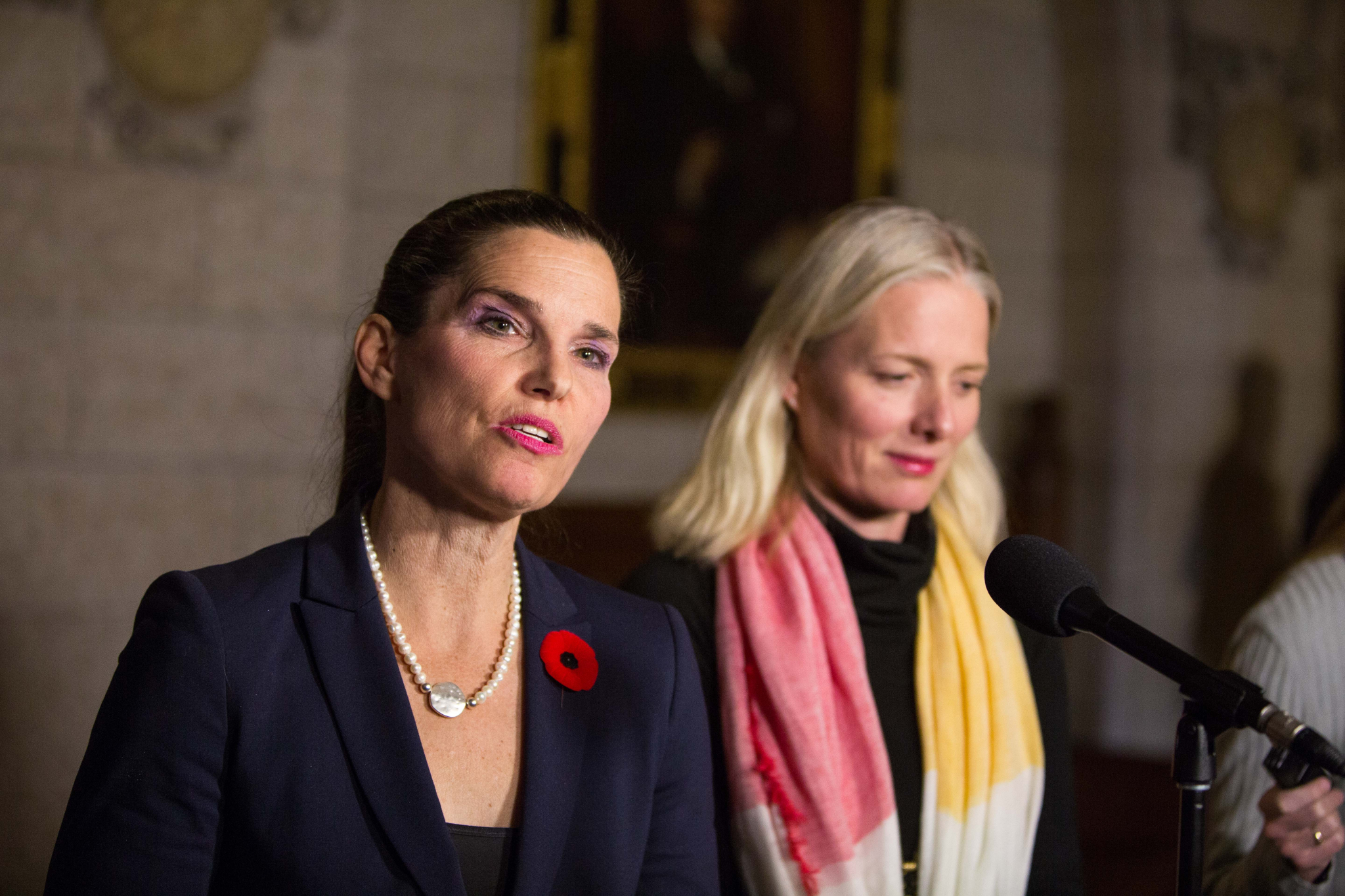 Canada can’t become a world leader in climate change research without putting its cards on the table, say hundreds of scientists in a new open letter.

Over 250 scientists have signed a letter to Prime Minister Justin Trudeau that was released Monday by science advocacy group Evidence for Democracy.

The letter calls on the government to “re-invest” in seven key environmental research networks that are expected to lose their funding, including a world-renowned Arctic laboratory.

“Canada is uniquely placed to monitor the changing atmosphere in the high Arctic regions,” said Clare Murphy, director of the Centre for Atmospheric Chemistry at the University of Wollongong in Australia, in a press release.

“As such, Canadian atmospheric and climate science plays a pivotal role in the global effort to understand our changing environment.”

The research networks are supported by the five-year, $35-million federal government grant program to universities called Climate Change and Atmospheric Research, or CCAR, which the government says will end on March 31 this year.

CCAR funds research into everything from aerosols to sea ice, climate projections, the temperature of the Arctic atmosphere, and other changes to land and water.

The Trudeau Liberals did not renew the program in the 2017 budget. After pressure throughout the summer and fall from concerned scientists, Science Minister Kirsty Duncan announced “up to $1.6 million” in temporary funding in November for the Polar Environment Atmospheric Research Laboratory, or PEARL, one of the CCAR projects that has received the lion’s share of media attention.

But the emergency PEARL funding is only expected to keep the lab running for another year, until fall 2019. Meanwhile, the government hasn't yet announced such explicit funding for the other research networks.

Chief Science Adviser Mona Nemer, appointed by Trudeau to the position last fall, said Oct. 19, 2017 that a "solution" for the rest of CCAR was also "in the works," in addition to PEARL, but did not elaborate.

Nemer's director of communications Cara Marshall told National Observer Monday that Nemer had no update on her earlier comments.

Duncan's office said in a statement that the government understands climate change is real, happening now, and is taking action to address impacts.

"Our government will continue to support and invest in the actions necessary to address climate change," said Duncan in the statement.

"As the Arctic matters now more than ever because of climate change, we are working to move forward on an Arctic Policy Framework in which science will play a key role. This will be a whole-of-government approach to the Arctic, one that includes Indigenous voices and the role of traditional knowledge."

But the letter's authors now worry that a “crisis [is] looming for Canadian climate and atmospheric research.”

“The only dedicated program funding climate and atmospheric research in Canada is disappearing,” the letter reads. “Data continuity, international collaborations and unique Arctic facilities are all at stake.”

The Naylor report, a major review of Canadian fundamental science that came out last year, called CCAR one of the "key initiatives in federal support for Canadian postsecondary research."

The scientists say Canada’s “leading role in international climate policy discussions” show that it’s aspiring to be a “world leader” in climate research. But that means Canada needs to “capitalize on and contribute to the latest developments in a rapidly changing field,” they add.

“Our climate is still changing and we need continued investment in climate research to understand the causes and impacts of those changes.”

Environment and Climate Change Minister Catherine McKenna, when asked about the Evidence for Democracy letter on a press call from Mexico City, also emphasized the financial commitments Duncan had noted.

McKenna, who met local officials to discuss opportunities for collaboration on climate action, confirmed she had read the letter, but declined to say what would happen to research networks when the CCAR funding runs out on March 31.

"We have been funding various organizations and a major focus has been on climate research. We know climate change is real and happening and we need to better understand the science in the Arctic," McKenna told National Observer.

“I think that we need to be doing a better job...of explaining how we’re funding climate research and bringing it together. There are different ministries involved and that’s certainly a top priority of mine."

Benjamin Santer, a climate scientist at the Lawrence Livermore National Laboratory in California, said climate science is now being “devalued and dismissed” at the “highest levels” of United States government.

The administration of U.S. President Donald Trump — who has falsely called climate change a “hoax” — has moved to reverse many Obama-era climate policies, including removing climate change itself from a list of threats to the country.

This, despite the U.S. government's own department recently declaring that the Arctic “has reached a new normal,” showing “no sign of returning to [the] reliably frozen region of recent past decades.”

“In these difficult times, U.S. climate scientists look to our Canadian neighbors for encouragement," said Santer in the press release.

"I hope that the Canadian government is committed to sustaining these unique capabilities, and is committed to preserving Canada's role as one of the world's leaders in climate science. "

— with files from Elizabeth McSheffrey

Editor's note: this story was updated at 10:37 a.m. EST on Jan. 23 to include comments from Duncan and Nemer's offices.

By Carl Meyer | News, Energy, Politics | November 8th 2017
Reports from the Race to a Safer World

It is essential to fund not

It is essential to fund not only efforts to deal with climate change, but initiatives to end the ecological collapse toward which we are heading if extractive activities like the devastating fracking plaguing Alberta's most productive farm land are allowed to continue.

It is inconceivable that at

It is inconceivable that at this time in the planet's history that the person leading the most powerful Western democracy is not well in the head. He denies that climate is real and is supporting industries that will effect very serious damage to our planet. And those that support him will be responsible for the negative effects it will have on their children and their children's children and down the line.

It is inconceivable that at

It is inconceivable that at this time in the planet's history that the person leading the most powerful Western democracy is not well in the head. He denies that climate is real and is supporting industries that will effect very serious damage to our planet. And those that support him will be responsible for the negative effects it will have on their children and their children's children and down the line.