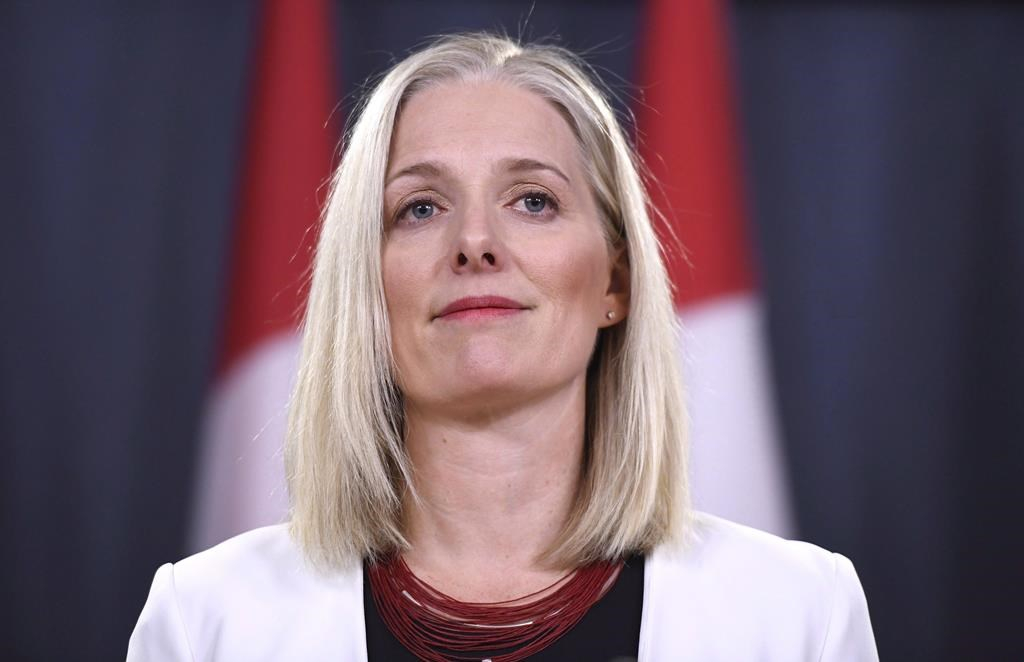 Minister of Environment and Climate Change Catherine McKenna speaks during a press conference in Ottawa on Thursday, Feb. 8, 2018. Photo by The Canadian Press/Justin Tang
Previous story
Next story

When Miriam Diamond's son was a competitive gymnast, she tried to get toxic flame retardants removed from the foam blocks and landing mats her son was exposed to for 20 hours or more every week.

Diamond, a professor of earth sciences at the University of Toronto, was able to show the concentration of the chemicals in the air and the dust in the gym, was 20 times higher than in the average home.

Europe and the United States recognized the chemicals were toxic. Canada, however, did not, and thus nobody would fund her attempts to get rid of the materials. Without a federal government toxic designation, nobody would listen to get them removed.

It is with that in mind that Diamond signed her name to a letter which will be sent to Prime Minister Justin Trudeau today, asking him to seriously consider making changes to the Canadian Environmental Protection Act that would put the onus on companies to show their products are safe before they're ever put on the market.

Currently, Diamond says, chemicals can be approved for use based on relatively flimsy, sometimes even incomplete data, provided by the manufacturer.

"It always amazes me how little data can be submitted," said Diamond.

The letter is signed by more than 540 scientists and doctors from across Canada, telling Trudeau this is a "once-in-a-generation opportunity to curb pollution, save lives, protect the environment, boost the economy and improve the quality of life for all Canadians."

"Canada has a serious pollution problem that is a threat to both human health and the quality of our environment," it says.

The act, known as CEPA, must be reviewed every five years and that was done in 2016 by the House of Commons environment committee, which then last year made 87 recommendations to Environment Minister Catherine McKenna. She said last fall she would notify the committee by June what actions will be taken as a result of the report.

The scientists are asking the government to focus on the most important of the recommendations, including prohibiting substances that are of "very high concern" unless a company can prove they can be used safely in specific circumstances. They also want the act to require assessments of substances to take into account cumulative affects of repeated exposures, as well as what is known as synergistic effects, or the impact that can be had from exposure to two or more substances at the same time.

Canada, says the letter, is the only industrialized country in the world without legally binding, and enforceable, air quality standards. Canada sets ambient air quality standards under CEPA, including objectives for substances like ozone and sulphur dioxide, but the standards are voluntary and don't make mention of some of the most troubling pollutants like cadmium and benzene.

Diamond said there are standards at the provincial level, but they are very uneven and it shouldn't be that someone in one province has less protection from polluted air than someone in another province.

Here, here! The sooner these

Here, here! The sooner these changes are made, the more chance we have of saving some portion our air, water and soils, and our children's future.