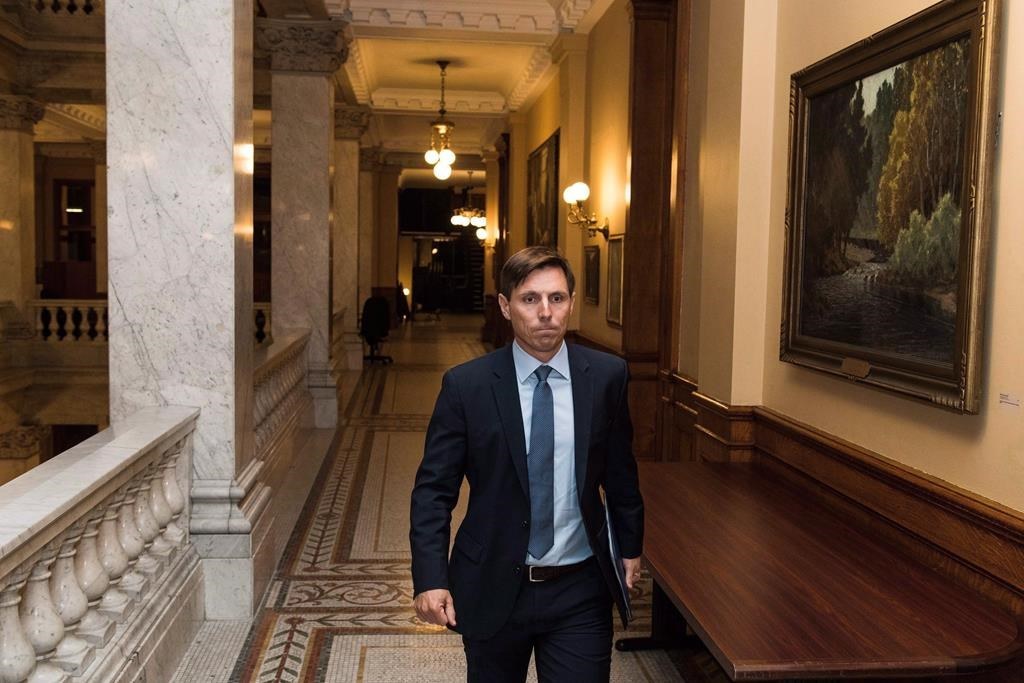 Former Ontario PC leader Patrick Brown is challenging two women who accused him of sexual misconduct to try to have authorities press charges. He is seen here at Queen's Park on Jan. 24, 2018. Photo by The Canadian Press
Previous story
Next story

Former Ontario Progressive Conservative leader Patrick Brown is challenging two women who accused him of sexual misconduct to go to police and try to have authorities press charges.

In a statement posted to Facebook, Brown says he wants the unnamed women who made the allegations in a CTV News report in January to contact Barrie, Ont., police so the accusations can be dealt with in a "proper and fair forum."

"CTV News fabricated a malicious and false report about me from two anonymous accusers," Brown wrote in the statement. After a long three weeks, CTV News has now admitted it got it wrong."

His comments come after one of the women told CTV News she was not under the legal drinking age or in high school during one of the alleged incidents, as originally reported.

"Initially, the reporter (and I use that term very loosely) claimed my first accuser was a high school student under legal drinking age," Brown wrote. "Running scared over its lousy reporting, CTV News now says my accuser was out of high school at the time and was of legal drinking age. Clearly concerned about the backlash it has been receiving as a result of its biased and false reporting, CTV News is trying to change its story and claims the incident happened one year later. The significance of this changed story is monumental."

The woman says the altered timeline doesn’t change the core of her allegations and notes that she has been subject to demeaning and misogynistic comments online since CTV’s first report.

Brown resigned hours after CTV’s January report and now says that the broadcaster defamed him.

CTV says it stands by its reporting. The allegations have not been independently verified by The Canadian Press or National Observer.

Brown also singled out a CTV reporter in his post.

"Here is my message to CTV News. You lied. You defamed me. I will not allow your brand of trashy journalism to hurt another person in this country," he wrote.

This looks like a classic example of bullying. So the victims should press charges to prove their point? We all know how well women do in court witness the Ghomeshi case. I suggest that if Brown is so convinced he has been wrong and the courts would prove it then he should go to court and sue the women and CTV.

Three cheers for Patrick Brown. Its about time somebody fought back. If these women don't permit Mr Brown to face his accusers in criminal court I hope he has the courage to force them to do so in a civil court. By the way, has CTV news become the "Northern Fox News??