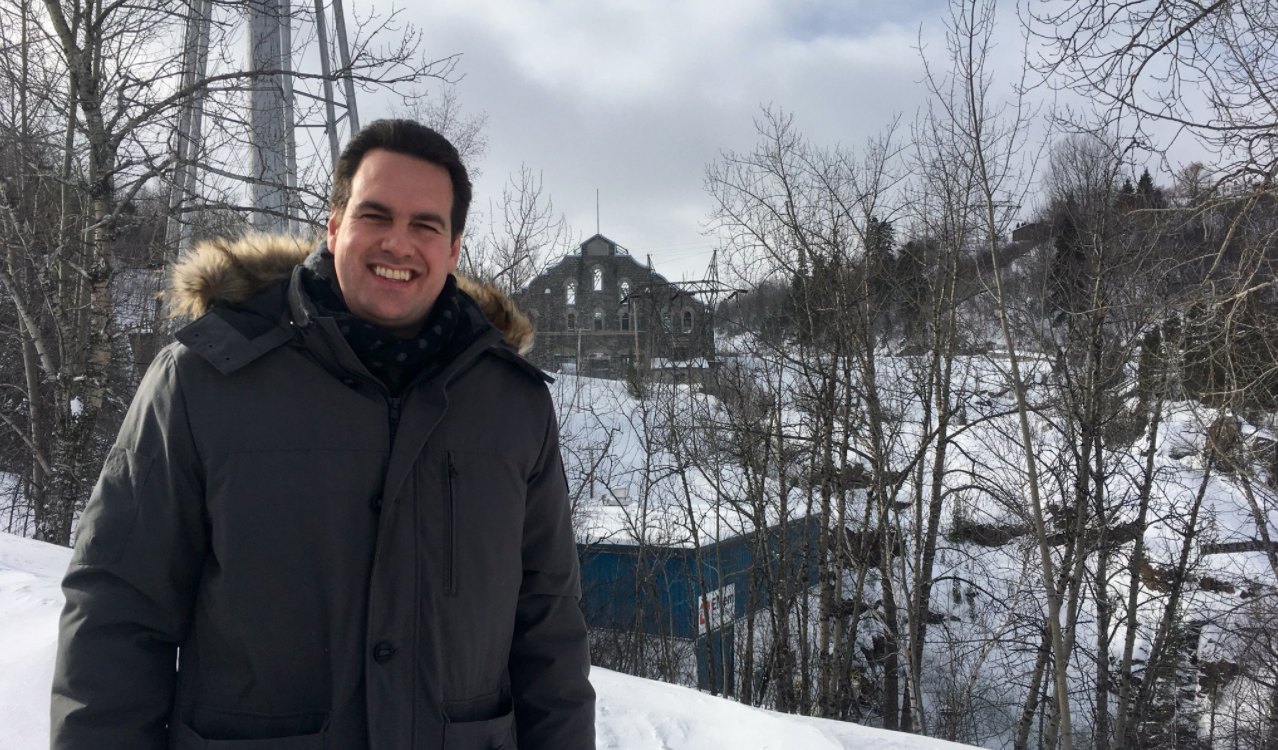 Saskatchewan MP Erin Weir appears in Saguenay, Sask. for an NDP caucus retreat before it was rescheduled in Ottawa due to a storm. Weir tweeted this photo on Jan. 28, 2018
Previous story
Next story

Federal New Democrat Erin Weir has become the latest Canadian politician to be suspended over allegations that he harassed female colleagues.

NDP leader Jagmeet Singh confirmed in a Thursday press conference that Weir, a Saskatchewan MP, has been temporarily suspended from his responsibilities while an independent investigator examines the accusation.

The NDP caucus received an email earlier this week from NDP MP Christine Moore that expressed concerns about Weir's behaviour toward party staffers.

Singh called it a "troubling allegation," and one he takes seriously. "I spoke with caucus and we will be appointing an independent investigator to conduct a fair and full examination of the facts available," he told reporters on Parliament Hill.

"While that process is ongoing, Mr. Weir’s duties as NDP MP will be temporarily suspended. Once the work of the investigator has completed, the MP’s role in caucus will be re-evaluated.”

In an emailed statement, Weir said he's co-operating fully with the investigation, but added he's not sure what is being alleged.

"As politicians, we are placed in a position of public trust," he said in the statement. "We are, and should be, held to the highest possible standards and it is absolutely right that our party has a process to investigate any allegations of harassment.

"However, I do not know what is being alleged. I am confident that I have not harassed anyone and welcome a prompt investigation to clear my name."

Speaking later in an interview with CTV journalist Don Martin on Power Play, Weir speculated that the allegations might be "politically motivated" since he had just declared his candidacy for the role of NDP caucus chairman.

"It is very difficult to be subject to a general accusation of harassment without a specific allegation, so I don't know what's being alleged here."

Weir also said that he was informed about the allegation against him on Tuesday evening, but added that he had also received a lot of messages of support.

"I'm quite confident that I haven't harassed anyone, so I welcome this investigation and I hope that it's prompt," he told Martin.

Moore confirmed she was the one who sent the email, in her own statement issued later on Feb. 1.

“As you are now aware, I sent an email expressing some concerns I had regarding a colleague’s behaviour," she said. "It is important that we take this kind of information seriously and I have confidence in the process that is being put in place, and will be participating in any way I can."

Speaking from Parliament Hill about the emailed allegation, Singh said the concerns raised in the email were "serious enough" to warrant immediate party attention. He said nothing he's read suggested the issue was sexual in nature.

Weir is an economist. He was first elected to the Saskatchewan riding of Regina−Lewvan in 2015.

He ran for leadership of the Saskatchewan NDP in 2013, but withdrew his name and endorsed a fellow candidate. Prior to the allegation surfacing, he served as the NDP critic for public services and procurement, and vice-chair of the Standing Committee on Government Operations and Estimates.

Singh committed to safe workspaces for all

In light of the accusation against Weir, Singh said he is fully committed to creating a "safe workspace for all, and ensuring that survivors feel safe to come forward.”

"Just highlighting the importance of a survivor-driven process, the act of — whether it’s harassment or violence — takes away or strips power from...the survivors. To reestablish or to rectify this imbalance of power requires giving power back to those who have gone through this, the survivors.

"So that means making sure the process is survivor-driven, and we respect that.”

Weir is the latest Canadian politician to step away from duties over harassment allegations in recent weeks, and means that all three major federal political parties are dealing with claims of misconduct.

On Sunday, Rick Dykstra, a former Conservative MP, resigned as president of the Ontario Progressive Conservative party following an allegation of sexual assault. Conservative Leader Andrew Scheer has ordered an outside investigation of his candidacy.

Last week, Patrick Brown resigned as Ontario PC leader over allegations of sexual misconduct. Prior to that, Nova Scotia Progressive Conservative leader Jaimie Baillie was forced out over allegations of inappropriate behaviour, including sexual harassment.

Meanwhile, Liberal MP Kent Hehr has resigned from cabinet, while an investigation is conducted into allegations that he behaved inappropriately while serving in the Alberta legislature. Darshan Kang also resigned from Liberal caucus last summer after claims of misconduct, and remains as an independent MP.

None of these allegations have been tested in court, and National Observer has not independently verified them.

Editor's note: This story has been updated at 6:00 p.m. ET to include a statement from Christine Moore, and comments made by Erin Weir in an interview with CTV.