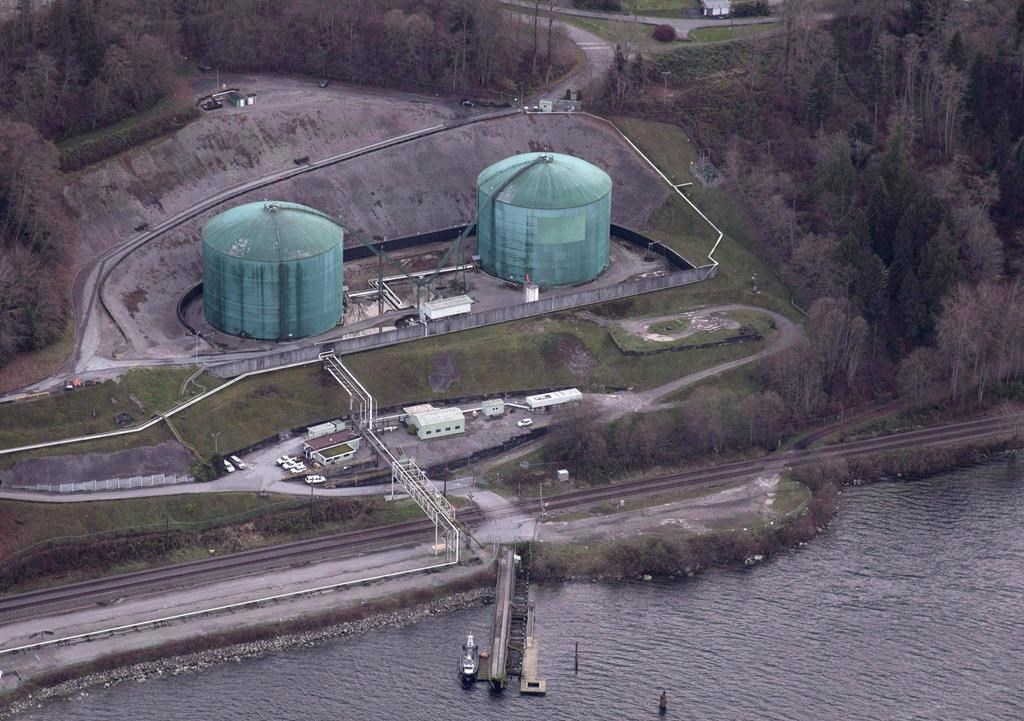 The National Energy Board ruled in December that the company is not required to comply with two sections of the City of Burnaby's bylaws on land and tree clearances.

Kinder Morgan had argued the bylaws were unconstitutional because they hindered its ability to go ahead with the federally approved project.

The provincial government said in a statement Saturday that it has filed leave to appeal the board's ruling with the Federal Court of Appeal.

"The province's position is that the NEB erred by too broadly defining federal jurisdiction over interprovincial pipelines," the statement said.

Trans Mountain did not immediately respond to a request for comment on the appeal.

Kinder Morgan issued a statement in December saying that it was pleased with the board's decision "as it reinforces our view this federally approved project is in the national interest."

The City of Burnaby announced Friday that it, too, wants to appeal the decision, saying the company should be required to comply with all municipal bylaws.

The city also wants to appeal an energy board ruling that found Burnaby's timeline for issuing permits represented an "unreasonable delay."

Burnaby Mayor Derek Corrigan has previously expressed staunch opposition to the project and called the board's ruling on the bylaw issue flawed.

He said the Trans Mountain expansion was going through the same application process as others, and that the energy board had chosen to exempt the project from the important requirement despite potential environmental, social and financial consequences.

B.C. Environment Minister George Heyman has also previously expressed dismay over the decision, saying he was "angry on behalf of British Columbians."

B.C. is also locked in a dispute with Alberta and the federal government over Trans Mountain's future after Premier John Horgan's government announced it is looking at limiting shipments of diluted bitumen from the west coast, pending a review of spill-safety measures.

Alberta Premier Rachel Notley has said such restrictions would be "unconstitutional" and would effectively kill the $7.4-billion project, which the province deems critical to getting a better price for its oil.

Notley has banned wine imports from B.C., ended talks of buying energy from the province and struck a committee to look at further retaliatory measures.