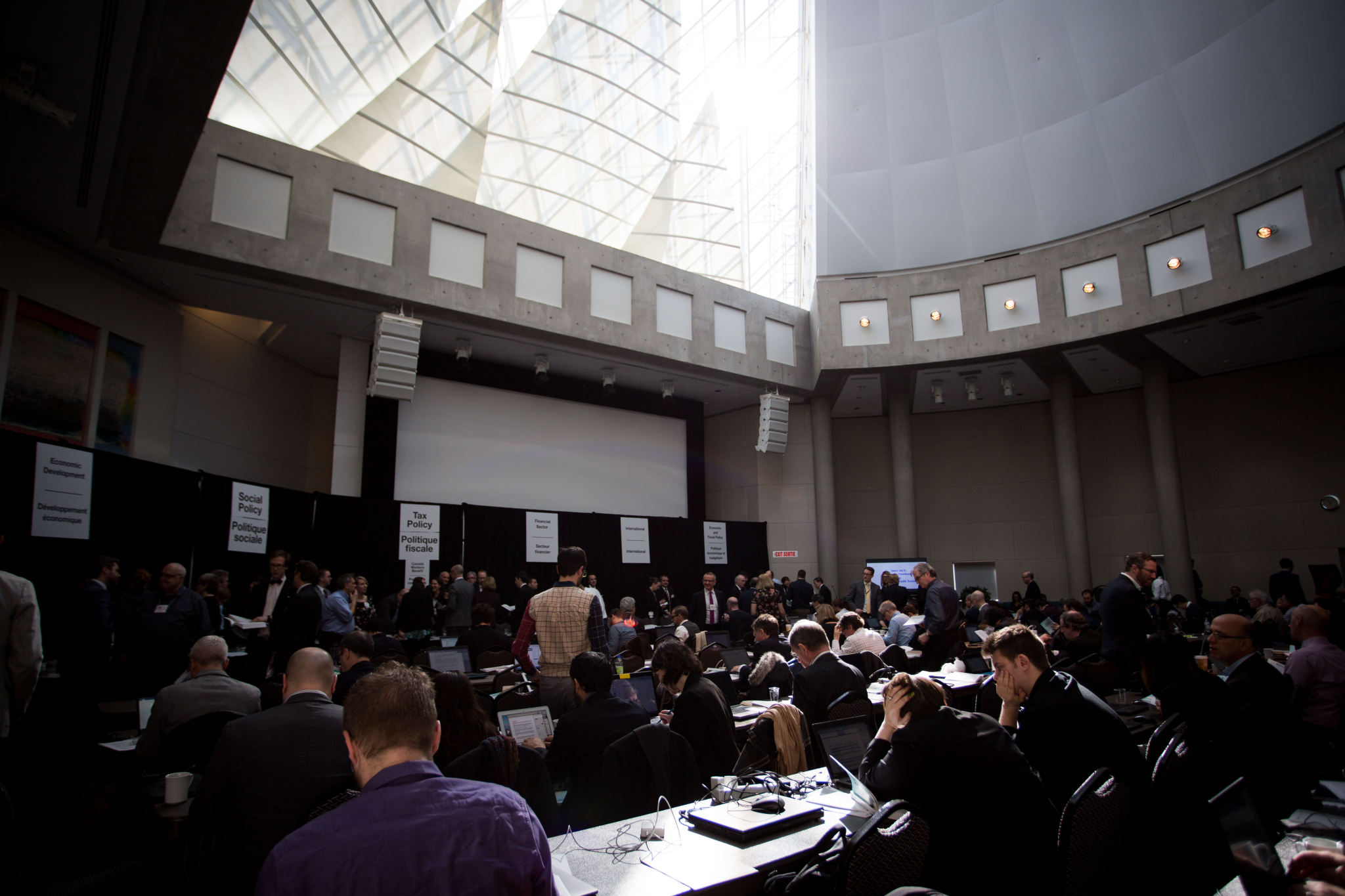 Journalists study the federal government's 2018 budget documents inside a lock-up in Ottawa on Feb. 27, 2018. Photo by Alex Tétreault
Previous story
Next story

Tuesday’s federal budget included some highly-anticipated support for local journalism, addressing closures of local Canadian newspapers and the massive job cuts that have ripped through newsrooms across the country.

The announcement had two parts: $50 million over five years set aside for “one or more independent non-governmental organizations that will support local journalism in underserved communities,” and a promise to explore new funding models that could allow people to donate to “trusted, professional, non-profit journalism and local news.”

These donations would be recognized as philanthropic giving. Currently, donations to media organizations such as National Observer are not tax deductible.

In its budget plan, the government explicitly flagged the possibility of this investigation into philanthropic giving benefiting Canadian newspapers, which are privately-held companies. “This could include new ways for Canadian newspapers to innovate and be recognized to receive charitable status for not-for-profit provision of journalism, reflecting the public interest that they serve.”

The promises are consistent with the Public Policy Forum’s 2017 report, The Shattered Mirror: News, Democracy and Trust in the Digital Age. Among a handful of recommendations to deal with the effects of a digital environment on the news industry, that report suggested outlets such as The Canadian Press take the lead on building up local journalism. [check against/link to report]

To address declining revenues in the broadcast sector, the government also plans to provide $172 million over five years through the Canadian Media Fund to support more Canadian content. The government says this would stabilize funding for Canadians working in the entertainment and broadcast industries.

Good idea. However “trusted, professional, non-profit journalism and local news.” means? do all 4 conditions apply equally or in part, and how is that determined? Are we really going to see the government stand at arms length here? As a subscriber the National Observer I'd welcome the tax break but in all honesty I'd do it anyway.