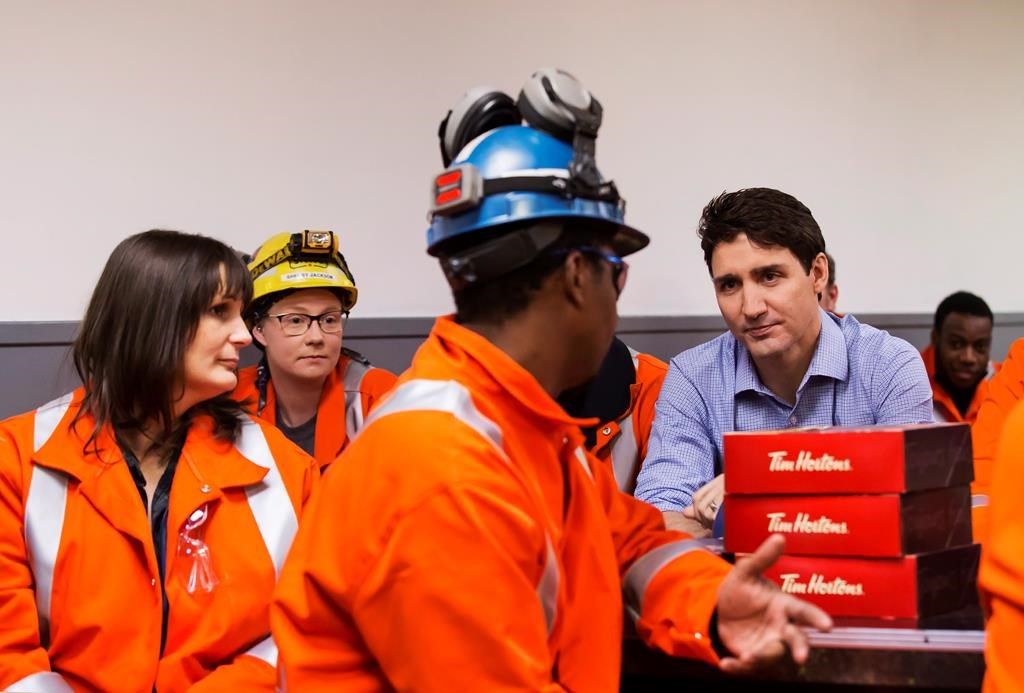 Prime Minister Justin Trudeau speaks with workers during a visit to Stelco Hamilton Works in Hamilton Ont., on Tuesday, March 13, 2018. Photo by The Canadian Press/Tara Walton
Previous story
Next story

Prime Minister Justin Trudeau says the national security argument the U.S. is making when it comes to considering tariffs for Canadian steel and aluminum makes no sense.

Trudeau says he's been telling U.S. President Donald Trump for over a year that there is no national security threat from Canadian steel or aluminum.

Trudeau made the comments in an early-morning appearance Tuesday on Hamilton television station CHCH before visits to steel mills in the Ontario city.

"There is no national security argument to be made against Canada," Trudeau said. "Our steel, our aluminium is in their tanks and ships and planes."

Trump recently exempted Canada and Mexico from tariffs on steel and aluminum, although the U.S. government has been dropping hints that the exception is only temporary.

Trudeau says he will keep the pressure on Trump during the tariff negotiations, as well as on negotiations for the North American Free Trade Agreement.

The steel tariff threat was seen by many to be an attempt by the Trump administration to pressure Canada and Mexico to complete the NAFTA talks — giving in to other U.S. demands or giving up some of their own —rather than risk the punishing steel and aluminum duties. The steel tariff investigation was launched to see the impact of steel imports on U.S. national security.

Trudeau is currently on a tour of Canadian steel towns to show his support to workers in the industry.

On Tuesday morning, he toured a Stelco plant in Hamilton, where he chatted with workers and stressed the importance of the industry to them.

Trudeau asked after their families and how they had been coping with the possibility of tariffs that he had said would have a devastating impact in Canada.

Later, at a roundtable with industry leaders, he spoke again of the importance of steel to Hamilton, but said he was there to listen.

Following the roundtable, Trudeau headed to a second plant, this time Dofasco, for another tour.