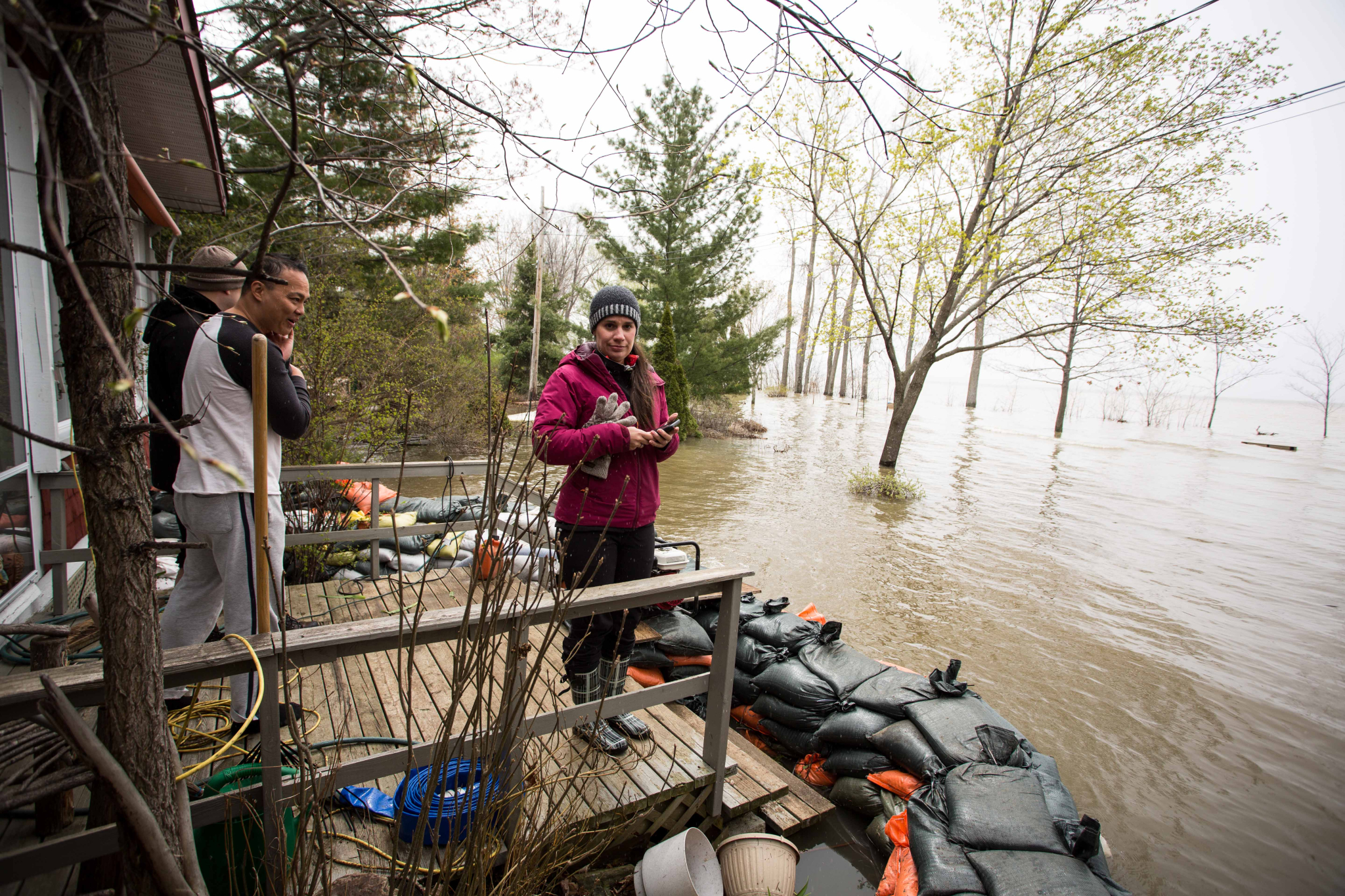 Tri Vo and Audrey Bureau inspect the flooded backyard of a house in Gatineau, Que. on May 8, 2017. Photo by Alex Tétreault
Previous story
Next story

The average amount of water flowing out of Lake Ontario last month was the highest in recorded history, and a lake near Montreal has now swelled to 54 centimetres above average.

Lake Ontario and St. Lawrence River water levels are expected to stay above average into the spring, according to a new statement by the joint Canada-U.S. body in charge of regulating the water flow between them.

The joint body said the probability of a repeat of last year’s heavy rain and high water levels, which led to Central Canada being pounded by severe flooding last spring and summer, was low at the moment.

Even so, it said extreme conditions can still occur, and people living or working along Lake Ontario's shoreline should be prepared for a "full range of water levels."

Last year, following one of the wettest Aprils in 100 years, the rising waters forced hundreds to evacuate around Lake Ontario, flooding over 5,000 homes in Quebec and closing federal government offices in Canada’s capital region. The military deployed over 1,500 personnel to help out. Over half a year later, some families were still without homes, spending Christmas in hotel rooms.

Scientists say extreme weather events like floods are getting much worse and more frequent due to climate change. Greenhouse gases in the atmosphere are warming the planet, changing the water cycle and putting more water vapour in the air. In some places this means more intense rain, quicker snowmelt and higher waters.

The board said it was too early to judge whether the high outflow in February was a surefire indicator of spring flooding. “Historically, water levels in winter have not provided an accurate indicator of the peak later in spring,” it said in a statement.

“Weather and hydrologic conditions play a much greater role than water regulation in influencing water levels, and while impossible to predict, the probability of a repeat of last spring’s exceptional rains and subsequent high water levels is low.”

The board is allowing the maximum amount of water possible to flow out of Lake Ontario towards Montreal, without causing flooding on Lac St. Louis, it said.

Yes, as you say, the question

Yes, as you say, the question is if it reflects a fundamental change in precipitation and runoff, or just an early melt after lots of winter snow. Have to wait and see.