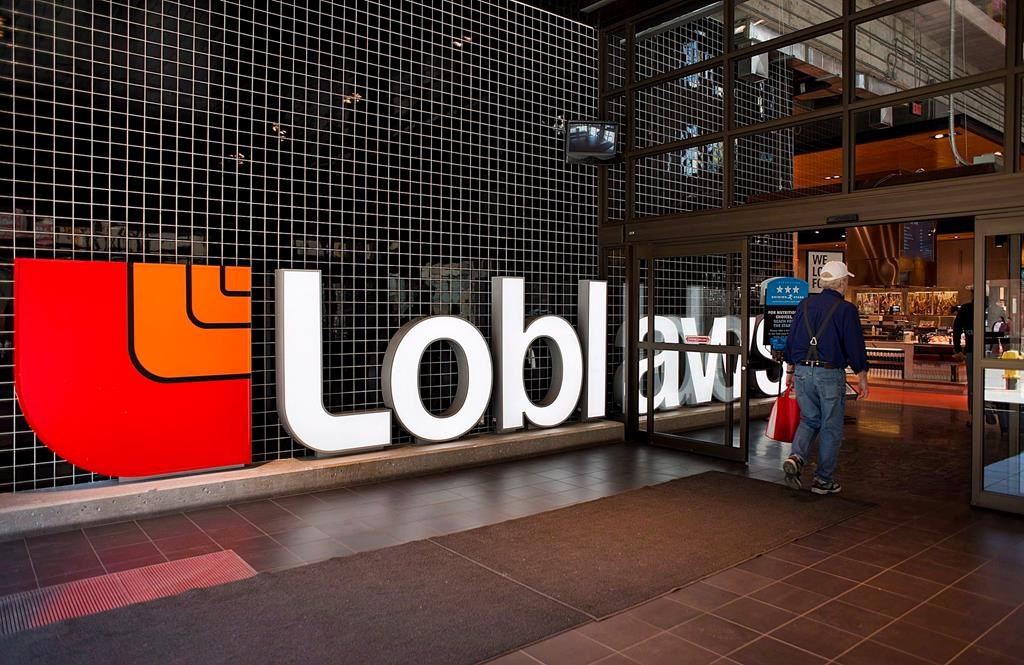 The Loblaws location on Carlton Street in Toronto is seen on Thursday, May 2, 2013. File photo by The Canadian Press/Aaron Vincent Elkaim
Previous story
Next story

Loblaw Companies Ltd. isn't providing details as to why some Canadians have been singled out with requests to hand over additional personal information to secure their $25 gift card related to the alleged bread price-fixing scandal.

Customer outrage has fomented online as Canadians take to Twitter to express privacy concerns about the company's decision to ask some to provide a scan of their driver's licence or utility bill in order to receive the card. Some have also commented on the perceived irony of Loblaw's apparent fraud prevention measure, given that the gift cards are a gesture of apology for deceiving the public.

"Wait. @LoblawsON wants me to send a scan of my driver's licence to prove I am who I say I am to get that $25 gift card?? Wasn't it you guys who committed the fraud," tweeted a user with the handle Paul D'Hondt.

Such concerns are shared by privacy experts including Ann Cavoukian, expert-in-residence at Ryerson University's Privacy by Design Centre of Excellence.

"I just think that is so outrageous. First of all, they're at fault, they're doing this to correct their misbehaviour," she said.

She said a copy of a driver's licence should not be requested for a gift card meant to appease customers for wrongdoing, given the card contains a licence number, photo, signature and other personal details.

"They're asking you to give them a copy of your drivers license, which is the ultimate for identity theft."

Cavoukian, who previously served as the Information and Privacy Commissioner of Ontario, said that there were an estimated 1.1 billion cases of identity theft globally in 2016 and it's expected that number could double for 2017, so companies and individuals need to increase their vigilance around personal identification.

The company is only collecting the information for verification purposes and will then destroy it, Kevin Groh, Loblaw vice-president of corporate affairs and communications said in a statement Tuesday.

"We are in the process of issuing tens of millions of dollars in Loblaw Cards to Canadians. We think it's sensible to have safeguards in place, and to make sure the interests of our customers are protected."

The vast majority of customers won't be required to make the additional step, Groh added, without providing details as to how they are choosing to single out some people.

The gift card offer faced an earlier privacy controversy after some early visitors to the sign-up page expressed concern that the it did not initially include text about user privacy and the company's use of the email addresses it collects.

It was later updated with a privacy policy that included how the company planned to use email addresses.

In December, Loblaw and its parent company George Weston Ltd. admitted their participation in what they say is an industry-wide arrangement to co-ordinate the price of bread for at least 14 years. Days later, Loblaw offered customers a $25 gift card as a goodwill gesture.

"This is what Loblaws is doing to make up for their mistake?" Cavoukian said.