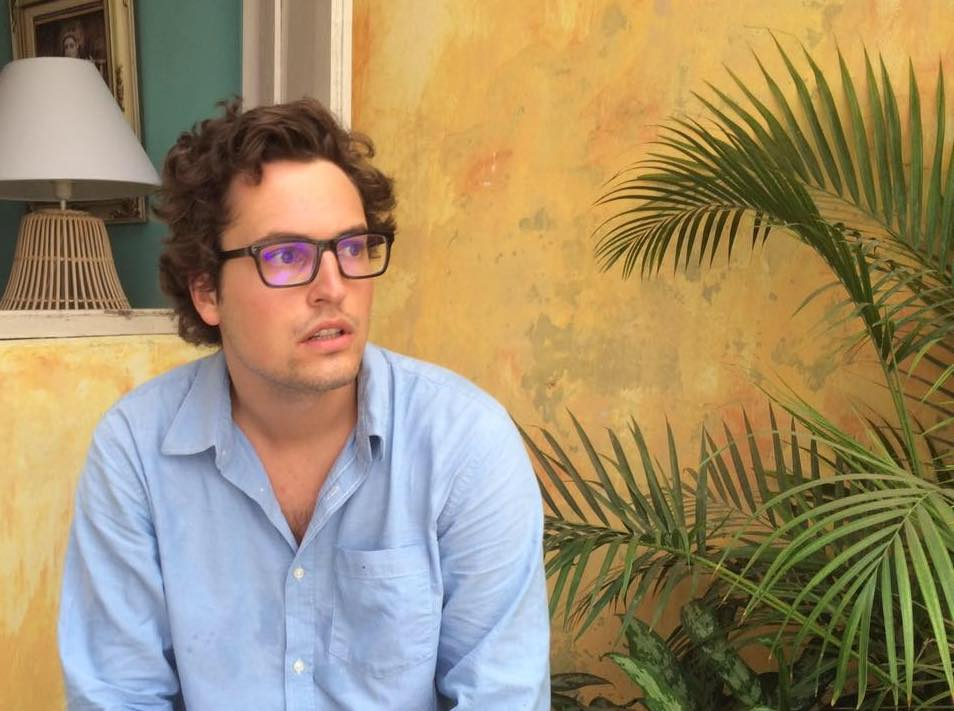 Radio-Canada journalist Antoine Trépanier said that Gatineau police, who arrested him last week for criminal harassment after he requested an interview from someone he was investigating, never asked him for his side of the story. Facebook photo
Previous story
Next story

Quebec's director of criminal and penal prosecutions is still mulling over whether to file charges against a reporter who was arrested after contacting someone for an interview.

Radio-Canada journalist Antoine Trépanier was arrested by police in Gatineau, Que. on March 13 after a “criminal harassment complaint” was lodged by a woman, Yvonne Dubé, whom Trépanier was investigating over allegations that she falsely portrayed herself as a lawyer and practiced without a license.

Trépanier's managers at Radio-Canada have said that he was carrying out the obligations of a journalist, both ethically and legally, to ensure the subject of his investigation was aware of the allegations against her and had every chance to comment. The incident has prompted criticism that arresting reporters will harm freedom of the press. The Canadian Association of Journalists has condemned the arrest, but Gatineau police director Mario Harel has defended his department's decision.

Trépanier was not charged upon his arrest, and has been released after promising he will appear in court on June 20. Gatineau police said the Crown would have to decide whether to file charges. Crown spokesman Jean Pascal Boucher said in an interview Monday that no decision had been taken yet.

“When we receive a file, we have to evaluate the sufficiency of the evidence, and the opportunity to lay (a) charge,” said Boucher. “We have to make an objective evaluation of the evidence. So for the moment, it’s too soon.”

Boucher couldn’t say how long it will take for this process to play out. He said it depends on the case, and each case needs time “to make sure that we did it properly.”

Trépanier had been investigating Dubé, who is the executive director of the Big Brothers, Big Sisters chapter in Gatineau. Radio-Canada reported that Dubé acted as a lawyer without authorization. It also quoted an Ontario Superior Court order delivered on April 10, 2015 by Justice Charles Hackland that said Marie Yvonne Dubé was "permanently enjoined from engaging in the unauthorized practice of law and/or unauthorized provision of legal services in Ontario..."

Trépanier also quoted Dubé's comments in his report denying that she had ever practiced without a licence.

National Observer has not verified the allegations independently. In seeking comment from Dubé, her office said she was scheduled to hold a press conference on March 20 at 11 a.m. at the chapter headquarters.

But ahead of that news conference, the local chapter of Big Brothers, Big Sisters said that its board of directors unanimously decided to keep Dubé in her current position, Ottawa daily newspaper Le Droit reported on Monday.

Gatineau police speak to reporters at a news conference on March 16, 2018. Facebook video

Gatineau police said in a statement that a woman contacted them on March 13 “alleging that she was being threatened by a man.” They said she wrote a “formal statement” as a result of “threats” and judged it to be “credible.”

“Following the analysis of the evidence, a police officer telephoned (Trépanier) to inform him that he was the subject of a criminal harassment complaint as part of his functions and that he was to arrest him.”

The reporter offered Dubé an interview, which she accepted but declined at the last moment, Radio-Canada reported. After reiterating the interview offer the next day, Dubé then contacted the police.

Reporters in Canada are professionally and legally obligated to reach out to the subjects of their investigations. Not only do most newsrooms consider it due diligence to give subjects a fair chance to offer comment, but the Supreme Court has ruled on the necessity of seeking such comment.

Harel said he and the police “respect the work of journalists” and don’t wish to prevent them from doing their work. “But at the same time we work with victims...we start with the premise that we believe victims," he added.

He said he wasn't aware of any time when his department had arrested a reporter for doing their job.

Radio-Canada said it “stands behind the work of its journalist both ethically and legally.” Yvan Cloutier, a Radio-Canada director in Ottawa-Gatineau, said Trépanier’s arrest was “without basis.”

“Pursuing comment from the key subject in a story is the basis of responsible journalism,” said CAJ president Nick Taylor-Vaisey. “The detention of a journalist in the process of doing his job bringing a matter of public interest to the fore, is troubling.”

Trépanier — who has been barred from contacting Dubé “directly or indirectly” and must notify the Crown if he changes his address, employment or occupation — posted on Facebook on Friday, saying that the police haven't even asked him what happened.

"Journalism is a calling. We wake up each morning with the goal of serving the public interest with tight reporting. But to be arrested after a long day of work is frustrating," he wrote in the post.

"Effectively, no one from the Gatineau police has asked me for my side. Never. And I want to give it. I've always been ready to give it. It will come.

"In the meantime, your messages, your encouragements and your good words have really kept me up."

Editor's note: This article was updated at 6:15 p.m. on March 19, 2018 with additional comments from Big Brothers, Big Sisters that were reported by Le Droit.