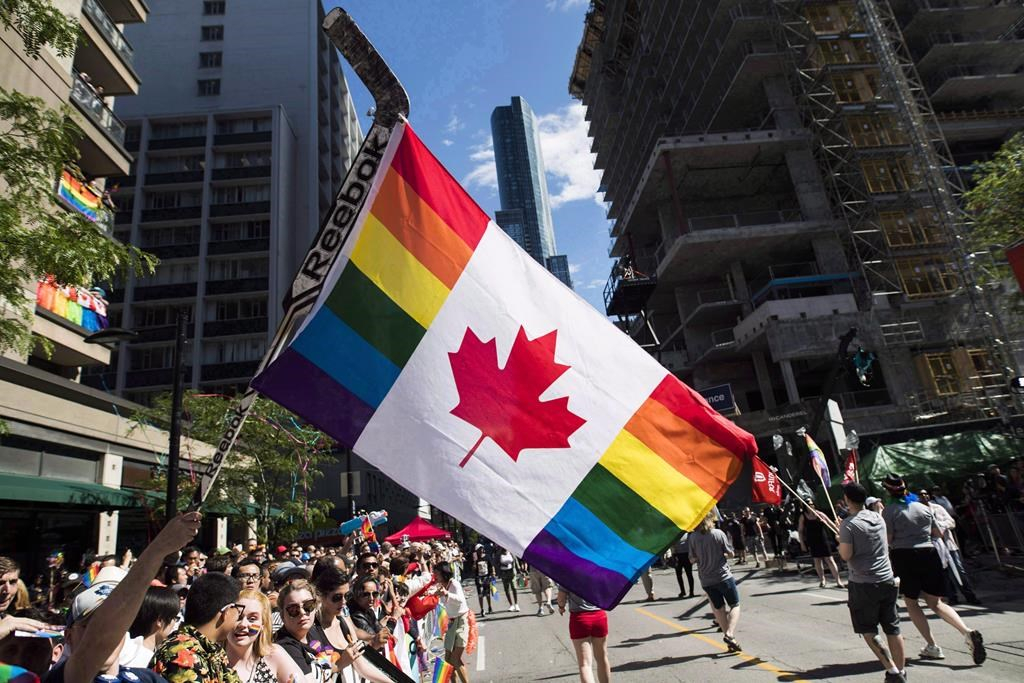 A man holds a flag on a hockey stick during the Pride parade in Toronto on June 25, 2017. File photo by The Canadian Press/Mark Blinch
Previous story
Next story

The organization behind one of the world's largest pride parades is asking Toronto police to withdraw an application to take part in the event this year.

In recent months, relations between the police and the city's LGBTQ community have become strained over the handling of the case involving accused serial killer Bruce McArthur.

The 66-year-old landscaper has been charged with first-degree murder in the deaths of six men, some of whom have been connected to Toronto's gay village.

In a statement Monday night, Pride Toronto says the investigations into the men's disappearances were "insufficient" and community fears that a serial killer was targeting men in the gay village area were "dismissed" by police.

The statement, which is also signed by other LGBTQ organizations, says the community's trust in Toronto police "cannot be mended through a parade."

Last month, the Toronto Police Services Board approved an external review on how police handled the cases of missing men in the gay village.

"We recognize steps have been taken to work in collaboration and consultation to understand what we need to be safe. This will not be accomplished in one day," the Toronto Pride statement said. "Marching won't contribute towards solving these issues; they are beyond the reach of symbolic gestures."

Last year, Toronto police officers were not allowed to attend the parade in uniform, with weapons and cruisers. Pride Toronto also banned police floats. The decision came after the advocacy group Black Lives Matter Toronto brought the parade in 2016 to a standstill until Toronto Pride's leadership agreed to a list of demands.

The group argued at the time that police presence in the parade would make members of marginalized communities feel unsafe because of the strained relationship between the police and the city's black community.

Meanwhile, LGBTQ advocates have said that locals who tried to share information with police about some of the missing men in the gay village were not necessarily taken seriously by officers.

"The individual stories and lived experiences of each of these people were unique. But what they did share was that the investigations into their disappearances were insufficient, community knowledge and expertise was not accessed and despite the fact that many of us felt and voiced our concerns, we were dismissed," the Toronto Pride statement said.

"We feel more vulnerable than ever."

McArthur was arrested in January and charged with the murders of Andrew Kinsman and Selim Esen, who went missing in 2017. Since then, he was charged with the first-degree murder of Majeed Kayhan, Soroush Mahmudi, Dean Lisowick and Skandaraj Navaratnam.