Ontario must do more to protect communities from air pollution 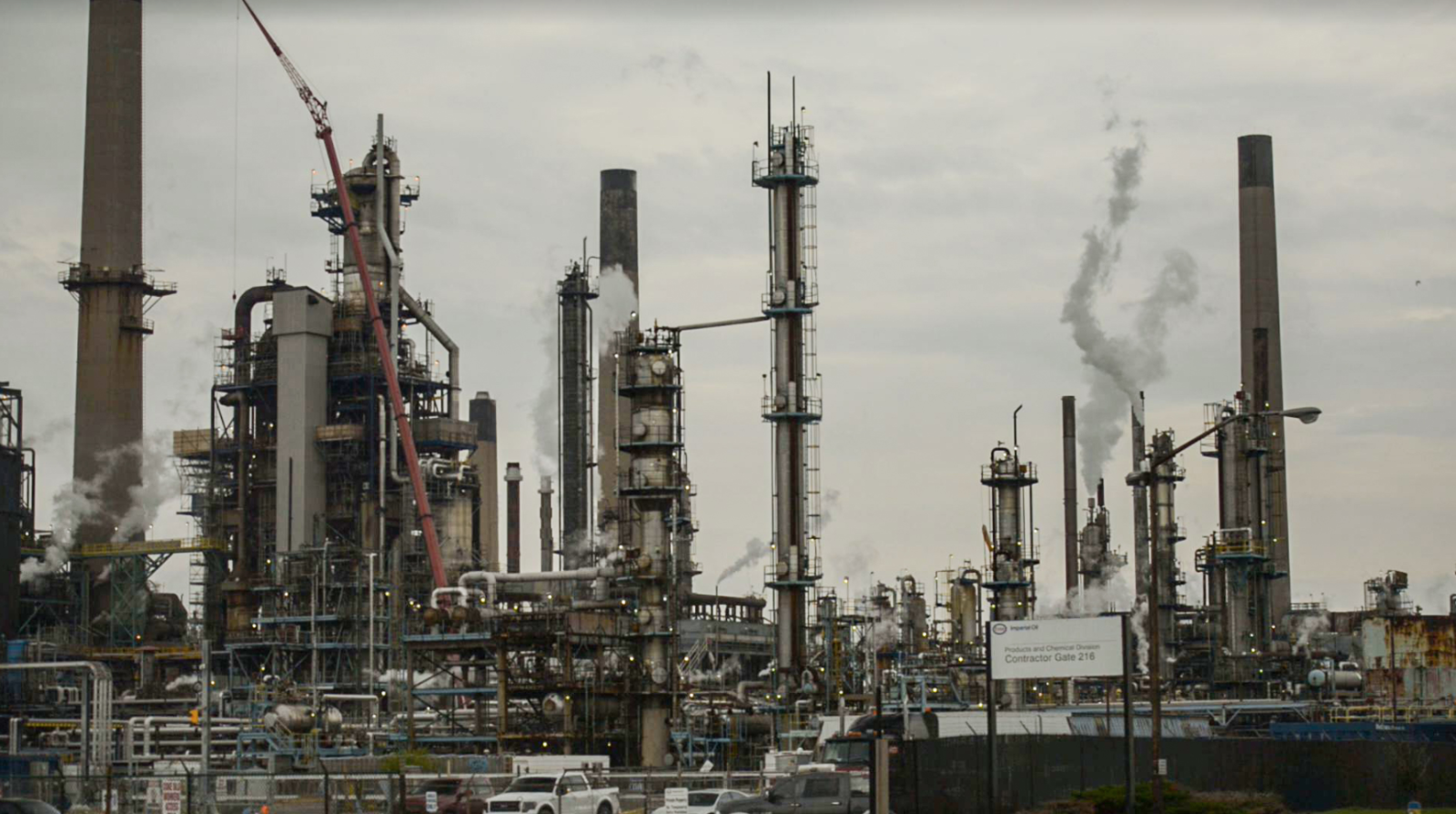 Imagine a typical Thursday evening. Perhaps you’re spending time with friends and family. Perhaps you’re reading or watching your favourite Netflix show. Suddenly, the skies above your community are lit up with massive flames from flares at a nearby oil refinery. The flames are loud, rattle your windows, and smell bad. You can see a grass fire on the ground near the flare stack.

You try calling the company and the Ministry of Environment and Climate Change, but are unable to get information, so you post on Facebook hoping that someone in your network may know what’s happening. You stay inside, fearing that your health may be at risk if you go outdoors, due to the clouds of toxic gases and smoke being pumped into the air.

For many in Ontario, such a situation seems unimaginable. But this is precisely what happened at the Imperial Oil refinery in Sarnia’s Chemical Valley in February 2017. Local warning sirens sounded briefly and then cut out with no explanation. High flaring continued on and off for 10 days.

Flaring occurs when a plant burns off gases before a facility can resolve an internal issue, and is supposed to be a rare measure. But that doesn’t seem to be the experience for residents of Aamjiwnaang First Nation and other communities near Sarnia’s Chemical Valley.

Since the February 2017 flaring at Imperial Oil, for instance, there have been more than 40 flaring occurrences at Chemical Valley facilities – some planned as part of the start up or shut down of a unit, and others caused by malfunctions at a plant. Flaring can last anywhere from a few minutes to several days. This number doesn’t even include other types of incidents, such as chemical spills to the surrounding air, water, and land that can have serious impacts on residents.

Months after the February 2017 flaring event, residents were still in the dark about what happened that evening, so one community member took matters into her own hands. Working with staff at Ecojustice, the environmental law charity where I work, Vanessa Gray successfully convinced the Ontario government to launch an investigation. The Ministry has now decided to refer the issue of regulatory violations and adverse effects on the community to its Environmental Enforcement and Compliance Office to determine if charges are warranted.

This is welcome news. Proactive and consistent enforcement of environmental laws plays an important role in deterring pollution and holding polluters accountable. But it is just one piece of the puzzle. The reality is that investigating a single incident — just one of the many highlighted in the National Observer’s Price of Oil investigative series — will not on its own address what amounts to an insidious, systemic injustice.

More must be done to protect the health and dignity of Ontarians living in communities near clusters of industry. This is not only an environmental issue, but also a social justice imperative, given that it is disproportionately Indigenous communities, low-income populations, and other socially marginalized groups that are exposed to hazardous levels of industrial pollution.

Recently, Ontario has made some progress on air pollution, such as clarifying requirements to consider petroleum refineries’ acid gas flaring emissions as part of pollution permitting. The Ministry also strengthened its woefully outdated sulphur dioxide air standard — a welcome move for communities like Aamjiwnaang where industrial neighbours emit millions of kilograms of the substance each year.

But other air standards remain outdated or non-existent. The Ministry continues to issue air pollution permits without considering the combined impacts of pollution from multiple facilities when it comes to the vast majority of contaminants emitted by industry.

Such an approach virtually guarantees that some Ontarians will bear more than their fair share of industrial air pollution risks.

Regardless of our varying political stripes, we should be shocked and appalled that while the more privileged among us live, work, and play in a healthy environment, there are communities being denied this basic human right.

Ontario can and must do better.