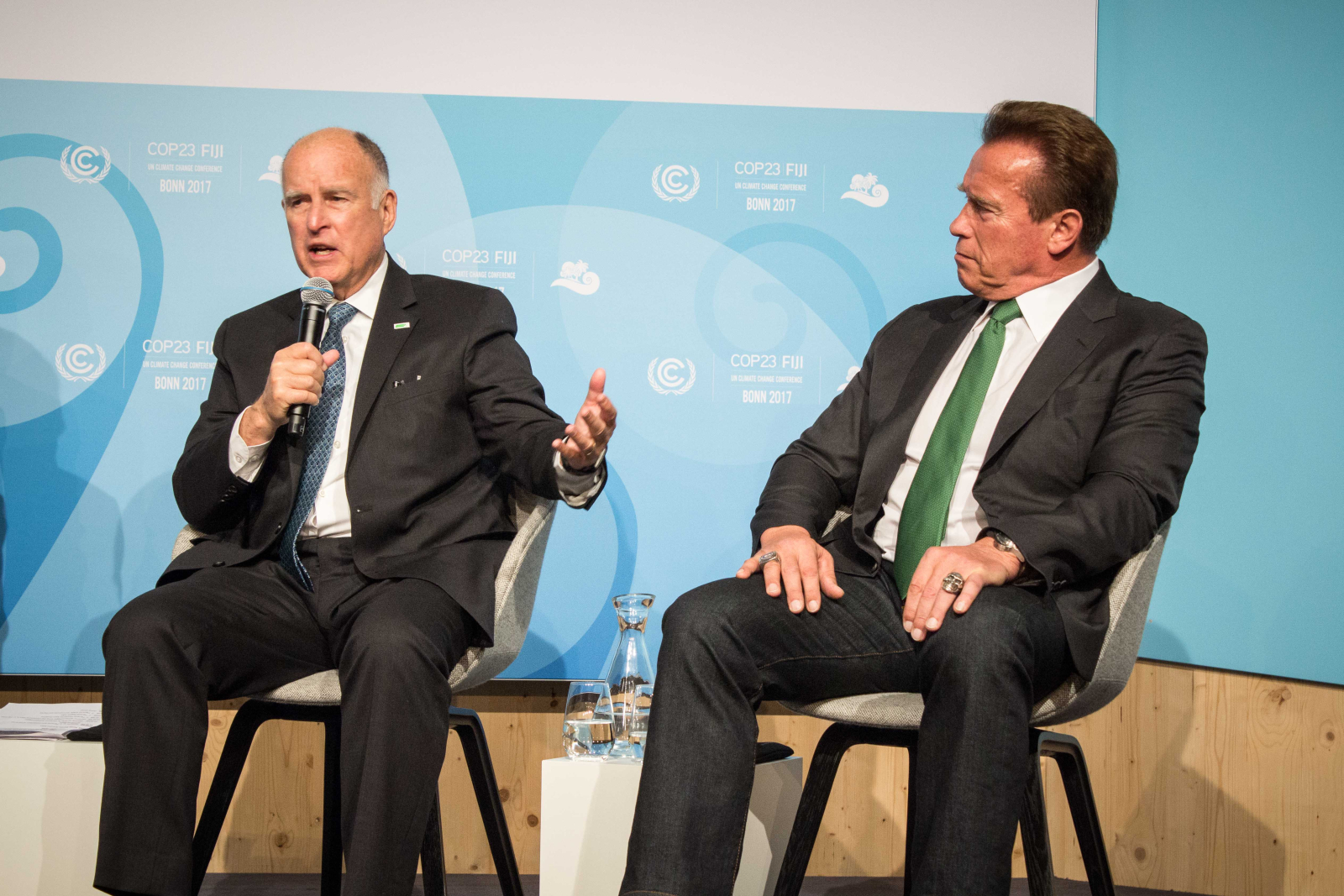 Scrapping Ontario's cap-and-trade system would make no sense, the governor of California said Monday as he weighed in on a key Ontario election issue.

Gov. Jerry Brown, who was asked about the Tory proposal after meeting with Liberal Premier Kathleen Wynne, said rolling back carbon pricing delays progress and increases costs down the line.

"(U.S. President Donald) Trump is already pilot testing this kind of manoeuvre and so far it's more litigation than action," said Brown, whose state has clashed with Trump's administration on car emission standards and other measures related to air pollution.

"The scientists are clear (on climate change), the world is clear through the Paris agreement ... so that's where the world is headed."

Ontario recently linked with California and Quebec to hold joint cap-and-trade auctions after running its own system for a year. So far, Ontario's cap-and-trade program has raised $2.4 billion in proceeds.

The Tories initially promised to replace cap and trade with a carbon tax, since federal rules require provinces to adopt one of the two systems. But the party's new leader, Doug Ford, has vowed to eliminate carbon pricing altogether and suggested he would fight Ottawa in court if necessary.

With the province headed to the polls in June, both Wynne and Brown raised the alarm Monday about what they called a step backwards in tackling global warming.

Brown said carbon pricing is an area where some politicians "can make a lot of noise" and urged voters to scrutinize campaign promises.

"Sometimes they'll win a few votes, but there's also a lot of buyer's remorse here," he said. "Certainly you can see that in the United States now. People didn't know what they were getting. So people should really look and see."

Wynne said the province has come far in reducing its carbon footprint and has seen economic growth as a result.

"It's very important that we stay on track but right now we're in a situation where we have an opponent in Doug Ford and the Conservatives who basically want to take us out of the game," she said.

The Tories, meanwhile, renewed their commitment to eliminating cap and trade, calling it an expensive tax "that makes life harder for Ontario families and our economy more uncompetitive."

"We will put money back into the pockets of Ontario taxpayers and stand up for our job-creators," they said in a statement.

Just making sure this works.

Just making sure this works.