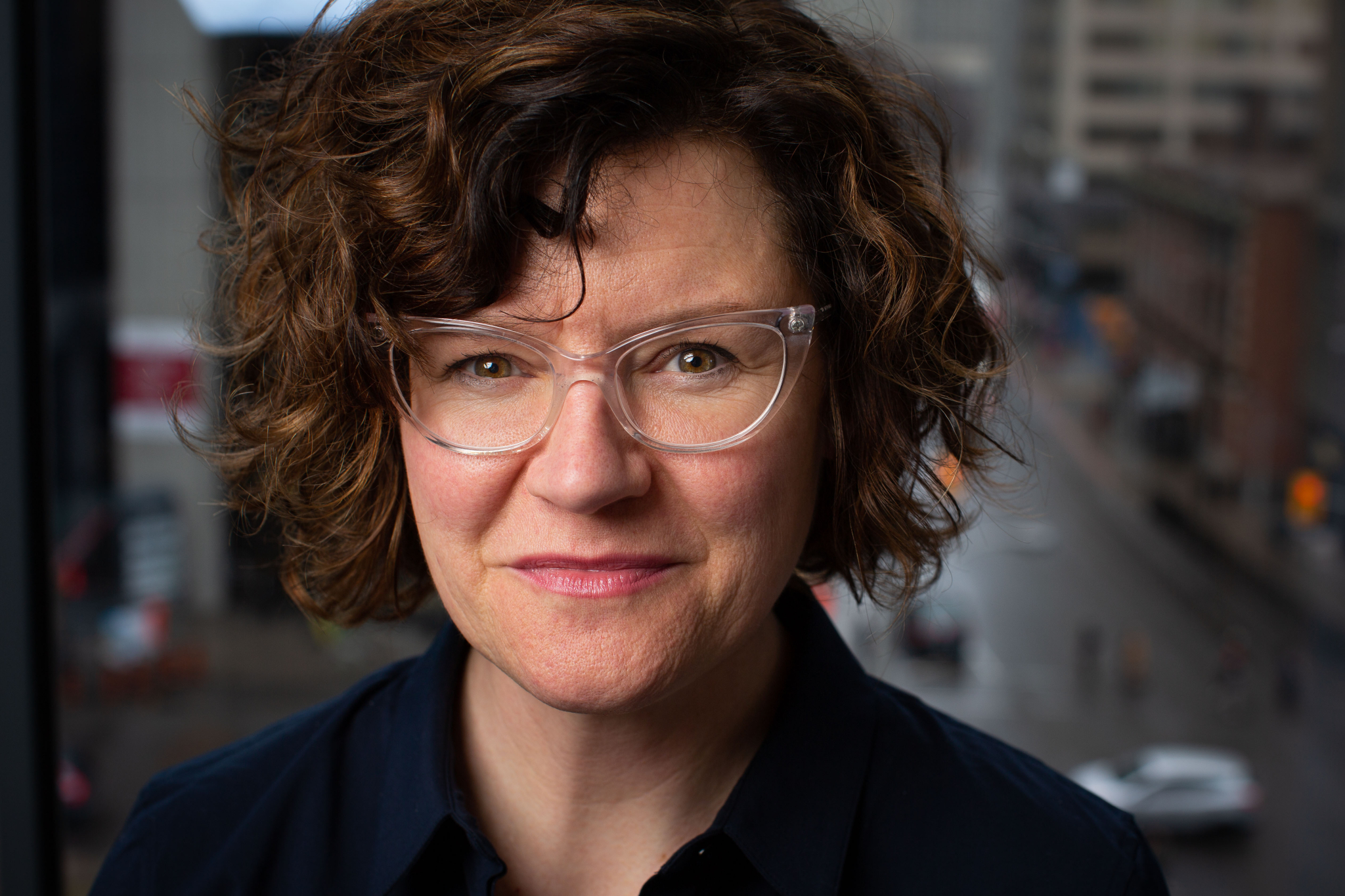 Canada's environmental movement needs to "decolonize" itself and harness the push for conservation as a "tool for reconciliation," says the newly-minted head of World Wildlife Fund Canada.

Megan Leslie, who took over as president of WWF-Canada last fall, made the comments in a wide-ranging interview with National Observer's Ottawa bureau on April 17, where she also expanded on the issues of climate change, biodiversity, marine protection, species at risk, and the role of women and visible minorities in her sector.

Leslie said she is proud of the way her group has worked with particular Indigenous communities and governments, but at their request. She pointed to examples, including a partnership with the Gitga'at First Nation, billed as the “first of its kind,” to protect marine life in British Columbia and promote sustainable economic development, and WWF-Canada’s work on Arctic renewable energy.

But she said the conservation movement has historically had “some problematic ways of looking at the world,” such as failing to fully consider how its efforts to protect natural areas might intrude on communities in those areas or not respect Indigenous relationships with the land.

“WWF, like other environmental NGOs, we have not been excellent on the issue of engagement with Indigenous communities all the time. We need to go through a process of decolonizing ourselves,” said Leslie.

The movement has done a good job of recognizing this, she explained, but “it’s the next step: how do we use conservation as a tool for reconciliation?”

Leslie, 44, is a former deputy leader for the federal New Democratic Party of Canada and former member of Parliament for Halifax. She spoke to National Observer at its downtown Ottawa office.

Leslie is still living in the east coast city, but plans to move to Toronto on June 1, where WWF-Canada’s head office, most of its staff and many of its supporters and board members are located.

WWF-Canada is one of many national offices of WWF International, an independent foundation that is known for its iconic panda logo.

The organization is governed by a board of trustees and president Pavan Sukhdev. A national office can raise funds and carry out its own work. WWF International is the secretariat for the organization as a whole, which works in more than 100 countries and counts more than 5,000 staff worldwide.

Leslie chose to move to Toronto, she said, and she and her partner are embracing the move. But leaving Halifax is significant because of how she has tried to embody the city as part of her former identity as a politician.

“Truthfully, it’s a bit of a grieving process, in some ways, for me,” she said.

The new leader has been trying to have coffee with every staff person in her first three months — “too ambitious,” she admits; with around 120 employees, it will take longer.

She's been asking them a series of questions about how they came into the organization. Breaking into a smile, Leslie recalled how they usually respond with an endearing story about their childhood, raising money for animals or other conservation efforts.

“When you work with people like that, it’s pretty awesome,” she said. “All I’m trying to do is help them be the best that they can be, and do their work to their fullest capacity.”

But the numbers at the top are thin.

Addressing the conservation movement’s gender gap is important to her, she said, and WWF-Canada is trying to recognize the issue and do better. She believes more women at the decision table makes organizations richer and allows them to hear from different perspectives.

That goes for visible minorities as well.

The organization is about three years into its 2015-20 strategic plan, developed by Leslie’s predecessor, former Toronto mayor David Miller.

She said the plan has identified work on oceans, freshwater and the Arctic and has positioned the organization well. But it has also exposed “warts,” as she describes it, in addition to wins. It will be her job to develop the next one.

Part of that process will involve figuring out how to put the organization’s Living Planet Report Canada, published this fall, into action.

The report found half of vertebrate species in Canada are in decline — and of those species, on average they are declining by 83 per cent. “It blew our minds, actually. The results shocked even us,” said Leslie.

WWF-Canada’s science team worked on the report over two years. The outcome — the massive decline in species was found to be due to climate change, habitat loss and invasive species — had the effect of focusing the mind.

“It almost improved morale, in a way,” said Leslie. “Everything that we’ve been working on has led to this. And this is what we have to focus on — we have to reverse the decline of wildlife in Canada, of course in a way where people and communities thrive.”

Next week, WWF-Canada is pulling together scientists, campaigners, industry and government representatives at an event that Leslie hopes will help start to address questions raised by the Living Planet report.

In addition to Living Planet and the strategic plan, WWF-Canada has staff on the ground in key areas to carry out certain policy priorities. The organization has offices in Inuvik, Iqaluit, Montreal, Ottawa, St. John's, Vancouver and Victoria, as well as Halifax and Toronto.

For example, its east coast offices are working to rebuild northern cod and advocate for marine protected areas, because they are close to the provincial governments and fisheries unions there, she said.

Unlike in other countries, WWF-Canada doesn’t specifically campaign on climate change, instead integrating the issue into its other work. It also structures itself differently from other World Wildlife Funds around the world.

Canada’s rich biodiversity itself has been a focus for the organization, despite Canada’s status as an industrialized country that would normally make it a fundraising focus, for example.

It also means that WWF-Canada is staying out of the country's biggest pipeline fight — at least for now.

In November 2016, under Miller, WWF-Canada said it was “concerned” about Kinder Morgan’s Trans Mountain oil pipeline expansion after it was approved by Prime Minister Justin Trudeau.

The organization worried about an increase in shipping traffic and its threat to southern resident killer whales. “Increased shipping noise will prevent the recovery of this endangered population of orcas, and push them further toward extinction,” it stated.

That work continues — Leslie said the organization has been working with the shipping industry and has looked at other industries, like whale watching, to try and see how to limit marine traffic.

But as the battle over Trans Mountain consumes Canada’s parliamentary discourse, Leslie said the organization preferred to take a bird's eye view on the issue of pipelines.

“We think that investment in fossil fuel infrastructure is taking us in the wrong direction...but we’re not engaged in specific infrastructure battles,” she said.

One specific energy fight WWF-Canada is willing to throw itself into, however, is over offshore drilling off the east coast.

Leslie identified it as a jurisdictional issue — the offshore board is allowed to call for energy firms to drill for oil under the sea floor, while the fisheries ministry has jurisdiction over the habitat.

There is also a difference in classification: marine refuges are not the same as marine protected areas. But she said the idea that the fishing industry can’t bottom trawl but energy firms can drill for oil doesn’t make sense.

“I don’t know what the legal solution is to that impasse, but there has to be something, because oil and gas is not compatible with marine protection...in no scenario is that going to work,” she said.

“Another industry is allowed to come in, and drill, baby, drill? It’s bananas."

Gitga'at First Nation and WWF partner up for marine protection

We need to measure the

We need to measure the economy and our society by the health/balance/sustainability of living systems...not profits and wealth conservation to private interests.