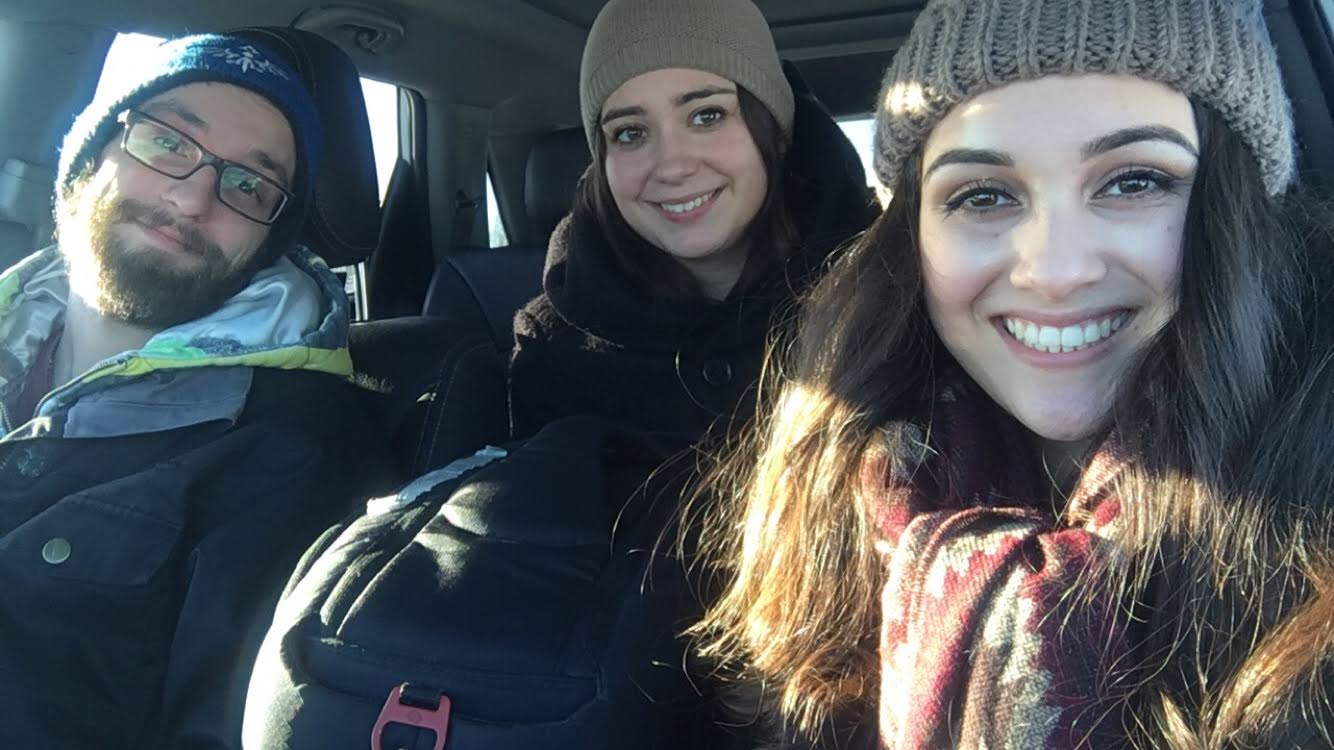 University of Regina journalism students Jared Gottselig, Celine Grimard and Rebbeca Marroquin hit the road for research on the Price of oil series in the spring of 2017. Photo by Rebbeca Marroquin
Previous story
Next story

A collaborative investigation led by National Observer, the Toronto Star and Global News has been short-listed for the Canadian Journalism Foundation's Jackman Award for Excellence in Journalism.

The award recognizes organizations that "embody exemplary journalism that impacts positively the communities they serve."

National Observer is co-nominated for the special report The Price of Oil, an investigation involving reporters from three newsrooms, journalism schools at the University of Regina, Ryerson University, Concordia University and UBC, the Michener Foundation and the Corporate Mapping Project.

To date, The Price of Oil reporters have brought Canadians to Saskatchewan, where they explored the deadly risks of hydrogen sulfide to workers and residents in the prairie province.

They also investigated health concerns in Sarnia's petrochemical valley, resulting in promises of policy change by the federal government.

There are still more stories to come from the team, who were recognized in March by the Hillman Foundation. University of Regina students recently won an Emerge Media award for their documentary, Crude Power, which was also part of the project.

"I'm so proud of our partnership with the Toronto Star and Global TV, the Michener Foundation, and the academic collaborators on this urgent investigative series. The Price of Oil brought some of Canada's most talented and experienced editors and reporters together with students and journalism professors to address a dangerous threat to public health. None of us would have been able to produce such a substantial and revelatory series that went so far, so fast on our own. This is public benefit journalism at its best," said National Observer CEO and editor-in-chief Linda Solomon Wood.

No other journalism collaboration was short-listed for the CJF award; other nominees in the large media category include CBC Edmonton, Global News, The Globe and Mail and The Toronto Star.

"We are all delighted by the nomination from the CJF, and honored that the collaboration is included among the nominees," said Patti Sonntag, a managing editor in The New York Times' News Services division and series producer of The Price of Oil.

"Our project continues, with several pieces upcoming, showing the depth of reporting that emerges from a collaboration between Canadian universities and media companies."