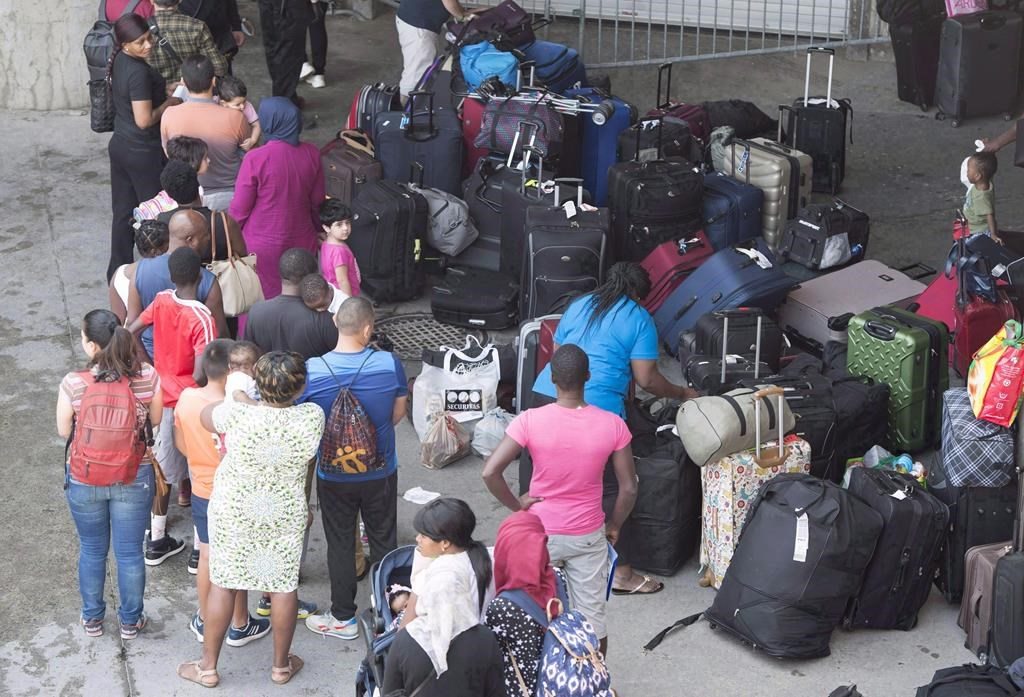 The rising number of asylum seekers crossing the Canada-U.S. border is putting pressure on Quebec schools amid concerns they won't be ready to meet the demands if a new surge materializes.

Quebec received some 25,000 asylum seekers overall at regular and irregular border crossings last year and many were families with young children.

And with more than 6,000 new arrivals already this year, some officials are predicting the numbers will only rise over the summer.

The news is worrying to Montreal-area French school boards because they're running out of classrooms and specialized teachers to properly absorb the newcomers.

"If there are more arrivals this summer than we had in the last few months, we don't have enough space, not enough classes," said Catherine Harel Bourdon, president of Montreal's largest school board.

Harel Bourdon says the school board has received some 1,300 asylum seekers in the past three years.

In the first three months of 2018 alone, there have been 250 new students entering welcome classes — "the equivalent of a little school," she said.

And her school board isn't the only one feeling the pressure.

Montreal's second-largest board says it has had to bring in portable classrooms to accommodate a record number of new students this past year, including some 700 asylum seekers.

"So far we've managed to integrate everyone, but our schools are full," Gina Guillemette of the Marguerite-Bourgeoys school board said in a phone interview.

"What we really need is the funds to enlarge our schools and have the resources to give them the services they have a right to."

The school boards say the lack of physical space isn't the only problem.

They say they're also facing a teacher shortage — especially those who are specially trained to teach welcome classes designed for non-French speakers.

The president of a union representing teachers and school staff on Montreal's south shore says that as the demand for welcome classes has doubled, schools have been forced to combine classes and use teachers who aren't trained for the role.

"Now we're doing welcome classes that have, for example, children between the ages of seven and 12 in the same class," Eric Gingras said.

"So, not only is there the problem of having to teach a curriculum to one student in first grade and another in sixth, it's all while (they're) learning French."

Premier Philippe Couillard raised the plight of Quebec schools earlier this week as he called on the federal government to shoulder more of the costs and the responsibility of providing services to refugee claimants.

He pointed out that 2,500 children have been added to the school system since the surge of asylum seekers began — the equivalent of five elementary schools worth.

While the Quebec government has boosted spending on education in the last two years, the representatives of the schools say it isn't enough.

Guillemette said the new funding has helped the schools provide psychological support and other services to support students who are often dealing with uncertainty and trauma.

But it doesn't help with the teacher shortage, since there simply doesn't seem to be enough qualified personnel to go around.

Futhermore, Gingras points out the new spending is coming only after years of cuts and is therefore replacing what was previously lost.

Harel Bourdon says the best solution is to send some families to other cities across Quebec and Canada in order to relieve the overburdened Montreal system.

"We've worked very hard to meet the demand over the last few months, but we feel that our teams are exhausted," she said, adding that providing proper services is critical to student success.

"All the actions we take will have an impact on the future of those students."