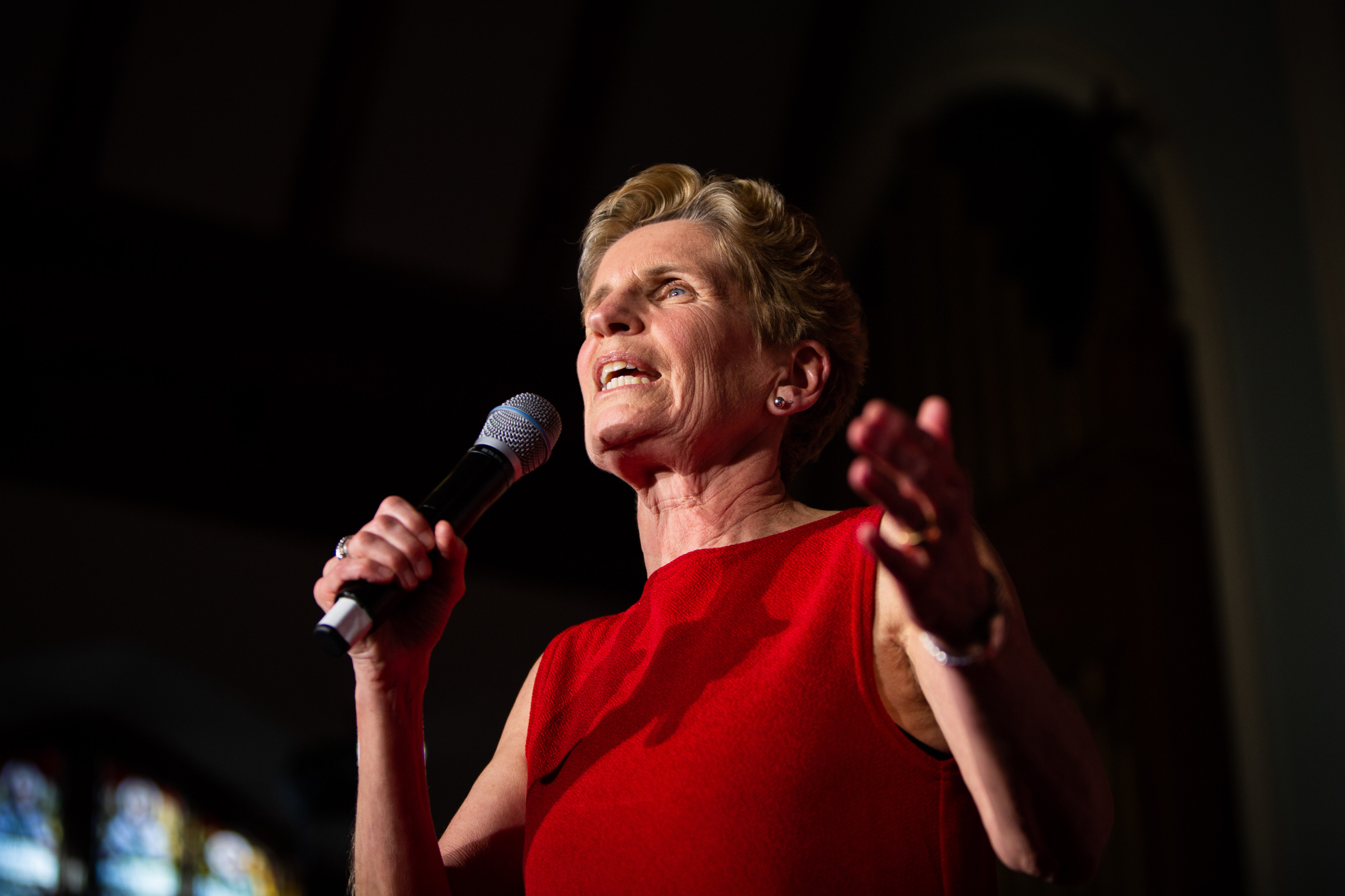 Kathleen Wynne flew in and out of Ottawa late Wednesday with a campaign slogan designed to contrast her vision for Ontario with that of Doug Ford, and a guarantee to supporters that she'll be back in Queen's Park.

Recent opinion polls have placed the incumbent Liberal premier in third place heading into Ontario's June 7 election, behind both the NDP and the Progressive Conservatives.

But speaking briefly to an estimated crowd of 300 supporters at All Saints — a former church on Laurier Avenue East, across the street from the historic home of former prime minister Wilfrid Laurier — Wynne shared stories of her political and family background and emphasized her last speech in the legislature would not be her last ever there.

She said Wednesday this election comes down to whether Ontarians want care or cuts.

"What Doug Ford is saying is, 'No, no, no, we can cut corporate taxes, we can make sure that the richest do very very well; we don't need to worry about all these other things, we can take $6 billion out of childcare and education and other services.' ...

"And he's saying we don't have to fight climate change, somehow that will take care of itself. So there's the contrast. It's going to come down to, do we invest more in care of each other, in care of communities, of families, or do we cut? It's the care or the cut."

Ford was chosen by Progressive Conservatives to lead the party in March. He has since vowed to find as much as $6-billion in "efficiencies," eschewing the word "cuts" and sharing few details on where he'll find places to reduce public spending. He has also committed to scrapping Ontario's carbon cap-and-trade system.

The road to June 7

Wynne started the day in Etobicoke, Ford's suburban Toronto home base, and ended it in Ottawa, taking selfies with supporters and signing her autograph to election signs. Ford was also in Ottawa-Gatineau on Wednesday, speaking to Canada's Building Trades Unions. Neither leader took questions from the media.

NDP Leader Andrea Horwath officially launched her campaign in Hamilton, Ont. on April 29. On Wednesday, her team unveiled a new ad featuring the party's slogan, "change for the better."

Mike Schreiner launched the Green Party of Ontario's campaign in Toronto on Wednesday, where he told supporters "a Green wave is building" across Canada.

Ontario Green Leader Mike Schreiner says he, too, is willing to get arrested to stop mega-projects