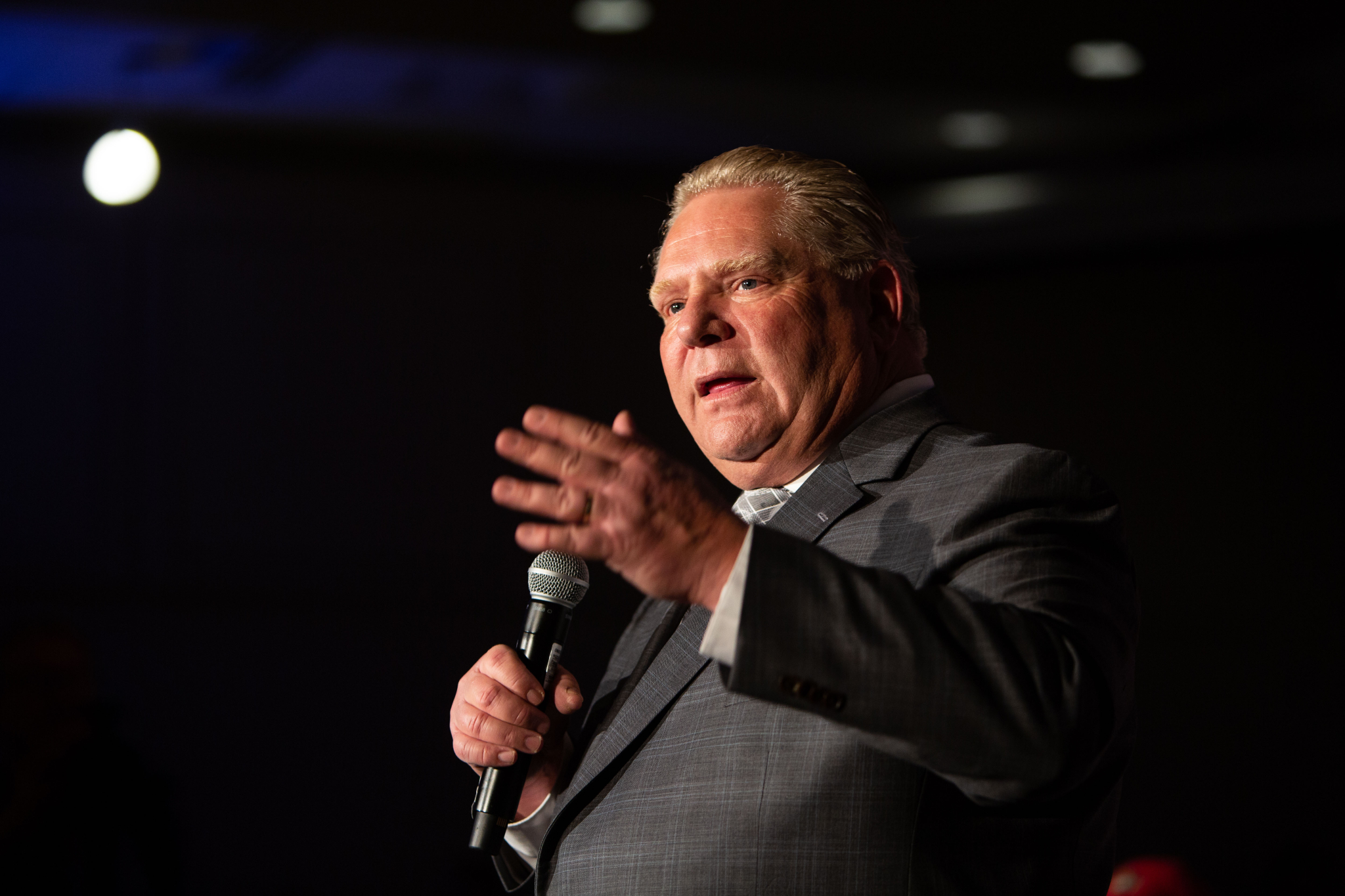 The rookie leader of Ontario's poll-leading Progressive Conservatives came under concerted attack on Saturday over allegations his candidates for next month's election might have used stolen data to further their cause.

The leaders of the Liberals and New Democrats called for the police and Elections Ontario to investigate the alleged data theft, while PC Leader Doug Ford dismissed the attack.

At a campaign event in Baysville, Ont., Saturday, Ford said he won the Tory leadership to "clean up the mess" in his party — and said he had done so, blaming his predecessor for any problems.

"This goes back to Patrick Brown," Ford said. "You want to get answers on this, Patrick Brown was the leader under this whole group of people."

One Tory candidate nominated under Brown was Simmer Sandhu, who resigned Wednesday from a riding northwest of Toronto, citing unspecified allegations about his work life and nomination campaign.

His resignation came shortly after his former employer issued a statement about what it called an "internal theft of customer data" affecting 60,000 people.

"We heard of one candidate," Ford said. "As you know, I acted immediately. If there's any other issues, I can assure you I'll deal with it immediately."

Police in York Region have confirmed they are looking into a data breach from the 407 Express Toll Route — the private highway that runs north of Toronto.

During a campaign rally in Sault Ste. Marie, Ont., NDP Leader Andrea Horwath shot back at her opponent.

"I have a news flash for Mr. Ford: He's now the leader of the party," said Horwath. "It's now his responsibility to own up to what his party has done."

Horwath said she has filed a complaint about the data breach with Elections Ontario, but has yet to hear what form their investigation might take.

"He said as soon as he found out there were problems, he acted — that is untrue," Matthews said in Toronto.

Matthews played an audio recording of Ford made in February, during the Tory leadership campaign to replace Brown. In it, Ford said he knew of as many as 40 ridings where "scandalous" practices had been used in nominations.

She also said she had recently received a text message from Ford's party — even though she had never given her cellphone number to the Progressive Conservatives. She later said she no longer has the text.

Matthews called any potential use of the alleged stolen 407 data an "unforgivable breach of ethics" and said every Conservative candidate was now "under the shadow of suspicion."

The Liberals are also calling on Ford to bring in the provincial police to investigate his party's nomination process across the province.

In a statement Saturday, Liberal Leader Kathleen Wynne said the PCs should purge their database of any illegally obtained voter information connected the alleged Highway 407 data breach, fire all candidates linked to the alleged breach and invite Elections Ontario to investigate the allegations.

"Those who aspire to lead our province have an obligation to put the integrity of our electoral process ahead of partisan gain, political ambition or, indeed, any other consideration. Mr. Ford has an opportunity to act," Wynne said in the statement.

Horwath, too, said Ford has to come clean before the June 7 election, given the "legitimate" concerns voters have.

"We only have a couple of weeks (left) in this election," Horwath said.

"The people of Ontario deserve to know ... where did that data end up (and) is it impacting this election?"

Doug Ford blames predecessor's 'mess' for having to appoint 11 candidates

Go down in flames, Ford.

Go down in flames, Ford.