Wynne admitting defeat may be the opening Horwath needs 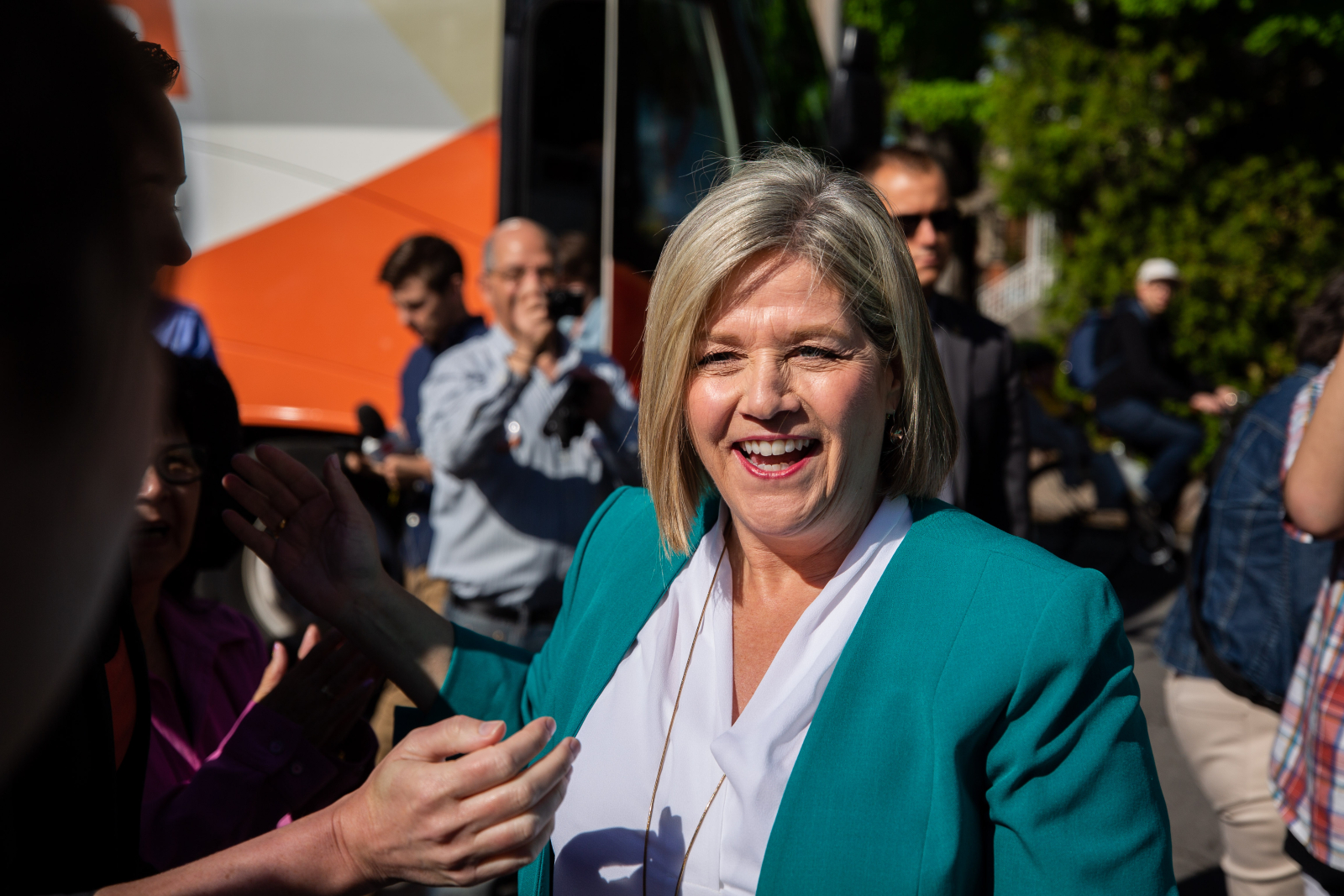 Her plea is meant to help the Ontario Liberals save seats, and she basically said as much. She is asking Ontario voters to deliver a minority government so the Liberals can be the “voice of reason” between two parties she claims are too extreme. It’s more than a bit rich coming from a leader whose party has for the last two elections told voters to come together and vote Liberal to stop Conservatives from winning.

Throwing in the towel as she has in a request to hold the balance of power is cynical to say the very least. But it may be the best thing that’s happened to Horwath this whole campaign.

It appears NDP momentum has stalled, and Horwath seems to be locked in a dead heat with Ford’s PCs. Admitting defeat with less than a week left is a move that’s so dramatic it’s guaranteed to cut through the noise and bring the election choices into plain view for voters. Wynne has likely done Horwath a big favour, telling voters directly that she has no hope to stop Ford herself, and making it clear to progressive voters there’s only one choice to do so.

What was very clear today that Kathleen Wynne cares more about her political party than stopping Ford. Hopefully progressive voters, especially those who traditionally vote Liberal, will take note.

It was shocking to see Wynne, with a straight face, say there is equivalent risk to Ontario presented by a Premier Ford and a Premier Horwath. Ford and his team are ready to slash spending to the very social programs she claims to support, as the Liberals themselves admit in their newest ad.

In the week’s other big campaign news, Ford conceded in his own way. He now has the honour of being the first leader in a modern Canadian campaign to flat out refuse to show his math in releasing a fully costed platform. What we do know about Ford’s plan is that he has promised $6 billion in cuts. He simply won’t tell people where those cuts will come from. Health care? Education? Childcare? Who knows. His tax cut will benefit the rich, offering average income people just $18 a year. After starting the campaign on a high, Ford has been losing support, and the risk of his plan to Ontario families is surely the culprit.

For Wynne and her team to tell Ontario voters that a vote for the Liberals is a vote to keep Ford honest is dishonest. A vote for the Liberals at this point just risks handing Ford the very majority he wants. The only way to stop him is to vote for Horwath’s NDP. The Liberals know this, and yet they will happily risk making Doug Ford Premier in a vain attempt to save what may amount to a handful of seats. They roll out this plea, acting like they are putting the province first, accusing anyone calling them on their obvious hypocrisy of being cynical.

The main catch is that if the

The main catch is that if the Liberals and Conservatives get more than half the seats combined, Wynne will side with Ford. There is precedent for this happening in BC and Nova Scotia, as well as a failed attempt in Manitoba. Ontario '85 was an anomaly due to having followed 42 consecutive years of Conservative Party rule, including a 30-year majority from 1945-1975.

There is a strong argument

There is a strong argument for progressive voters to vote Liberal in ridings that are a straight PC-Liberal fight and which the NDP can't realistically win. There are far fewer of those this time, so I am not suggesting that it makes sense for all voters but if you oppose a Doug Ford Goverment, it certainly makes sense in some. The NDP won't be winning Oakville, Halton, Mississauga Lakeshore. Ottawa West-Nepean, Orleans and so on. Never have and won't now. The flip side is that it makes sense for progressive voters to vote NDP in ridings that are a straight PC-NDP fight, like Oshawa, Essex, the London ridings and most of KW. For head-to-head Liberal-NDP contests or rare three-way splits, just vote your preference.

The "best thing that's happened to Horwath this whole campaign," began with support building on the entry of Doug Ford.