Family accusations of financial irresponsibility are 'without merit': Ford 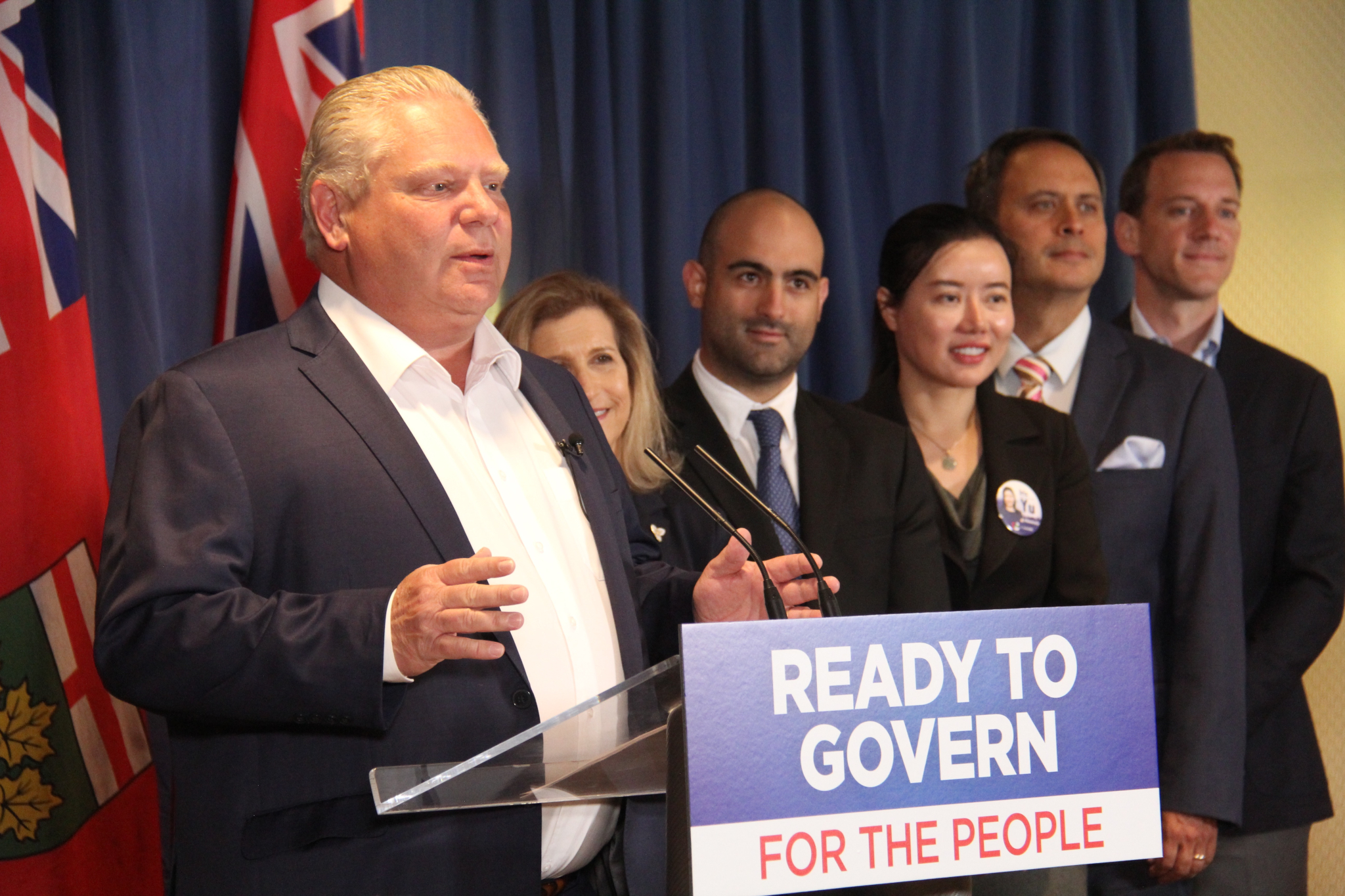 Doug Ford, flanked by PC candidates at a Toronto press conference on June 5, 2018, discusses the allegations filed in court by his sister-in-law, Renata Ford. Photo by Steph Wechsler
Previous story
Next story

The day after his late brother’s widow sued him for $16.5 million in damages for allegedly mishandling her family’s estate, the Progressive Conservative leader said the claims will be disproved in court.

Doug Ford, who called the allegations baseless, said the lawsuit is “tragic” for former Toronto Mayor Rob Ford’s children, and that his support for their family has “never wavered.”

“With just two or three days before the election, I’ll let you decide the motive,” Ford told reporters at a press conference at a Toronto hotel on Tuesday.

Among the allegations in the statement of claim and in a report by the Toronto Star on Monday is that Doug and his brother Randy are responsible for losses to Rob’s estate of up to $5 million after taking control of their brother’s shares in the label company, Deco.

The suit, filed in the Superior Court on behalf of Renata Ford and her children, claims that Doug and Randy “failed to retain competent and independent management to operate the businesses after their father’s death, or to retain appropriate business advisers to assist them.”

Deco Labels was founded in 1960 by Ford patriarch Doug Sr., who died in 2006. His son Rob, who served for four years as Toronto mayor and a decade as city councillor for Etobicoke North beforehand, died of cancer in 2016.

The Ontario election is June 7. Ford gave a short campaign speech before fielding reporter’s questions, which centered on the lawsuit.

The PC party leader told the press that the “radical candidates” of the New Democratic Party will imperil the economy and “put public safety at risk.”

The Progressive Conservatives have been running neck-and-neck with Andrea Horwath's New Democratic Party. Ford has yet to comment on a preemptive concession by Liberal Premier Kathleen Wynne.

Wynne tears into NDP over strike at university