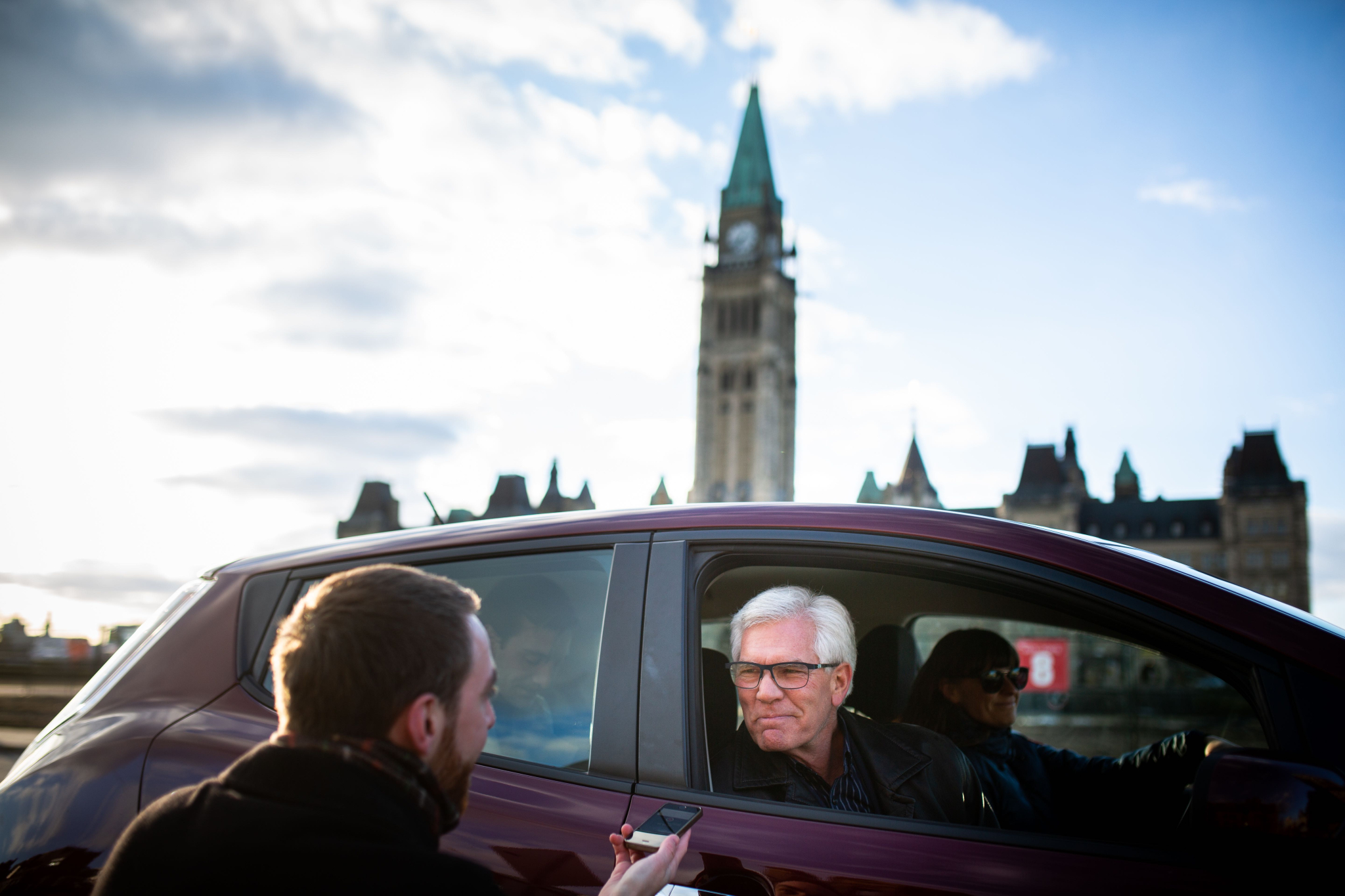 A Texas company's decision to award $3 million in bonuses to two executives involved in the $4.5 billion deal between Kinder Morgan and the federal government is none of Canada's business, says Natural Resources Minister Jim Carr.

Speaking to National Observer following a weekly federal Liberal caucus in Ottawa, Carr said that the company, Kinder Morgan Canada, makes its own decisions about how to compensate executives.

“That’s their business, not ours,” Carr said as he left the morning meeting of Liberal members of Parliament.

Carr and other ministers in the Trudeau government have been hammered in the House of Commons and parliamentary committees in recent days by federal Conservatives and New Democrats over revelations about the bonuses, first reported last Friday by National Observer.

Prime Minister Justin Trudeau appointed Finance Minister Bill Morneau to lead federal negotiations on the deal. The government said it made the offer to purchase the company because it believes the project is critical to the Canadian economy as well as to retain Alberta's support for Canada's national climate change plan.

The company's board of directors approved the bonuses on May 28, one day before Morneau and Kinder Morgan announced they had struck a deal to sell the Trans Mountain pipeline system — and the rights to its expansion project — to the federal government before the end of the summer.

The bonuses would give Kinder Morgan Canada president Ian Anderson and Trans Mountain vice president David Safari $1.5 million each in extra pay if they remain in their jobs until July 2020.

"'Sorry, not sorry' isn't going to cut it this time," NDP MP Nathan Cullen said about the deal in the House of Commons on Monday.

#QP 9/ @nathancullen Will Liberals table Kinder Morgan bailout deal so all Cdns can see how they ripped us off?@CanadianPM $15B/yr cost b/c we can't export oil to markets other than U.S…Pipeline goes within pan-Cdn framework on climate change... pic.twitter.com/Law8GWKFjx

Carr declined to say whether the government could have struck a deal to prevent bonuses, before it made its offer to purchase the Kinder Morgan assets.

"They own the pipeline and they have control over how they treat their employees. That’s their business, not Canada’s,” said Natural Resources Minister Jim Carr, when asked about bonuses offered to Kinder Morgan executives. #cdnpoli #TMX

“Kinder Morgan owns the pipeline. It owns the pipeline until their shareholders vote on the deal," Carr explained. "That’s expected sometime later in the summer. And until they make that decision, they own the pipeline and they have control over how they treat their employees. That’s their business, not Canada’s.”

Carr didn’t say whether the government would be in a position to reshape the company’s board of directors or cancel the bonuses once it completes the purchase.

Under the 2009 deal struck by the White House and the Harper government to buy the failing General Motors, a paymaster was appointed by the Obama administration, Washington lawyer Kenneth Feinberg, to approve all requests for executive compensation by the company.

An official familiar with the GM deal told National Observer that the paymaster would have prevented the type of bonuses offered by Kinder Morgan. The source, who asked not to be identified, said that the paymaster also made it more challenging to recruit and retain top executive talent.

The Canadian government sold its shares in GM in 2015, before a general election, allowing then-finance minister Joe Oliver to balance the federal budget with proceeds from the sale. But taxpayers lost $3.5 billion on the bailout, the Globe and Mail reported in 2015.

Where our taxes go is none of

Where our taxes go is none of our business! Sounds like a government that has been in power too long....or should never have been placed in a position of power in the first place.

Our money, our business.

Our money, our business.

Actually, minister, you might be rather surprised what is our business in a democracy. Minister, your language and spirit really need a redo and we Canadians are here to help you.

people Crushed by Law have no

people Crushed by Law have no Hopes but from Power .if Laws are their Enemies

They will be Enemies to Laws. Edmond Burke. PR

people Crushed by Law have no

people Crushed by Law have no Hopes but from Power .if Laws are their Enemies

They will be Enemies to Laws. Edmond Burke. PR

how can you be kind to idiots

how can you be kind to idiots that are destroying Canada makeing us refuggyes in our
Country Jim Carr. a very ugly Manikin like the rest of the Liberal party