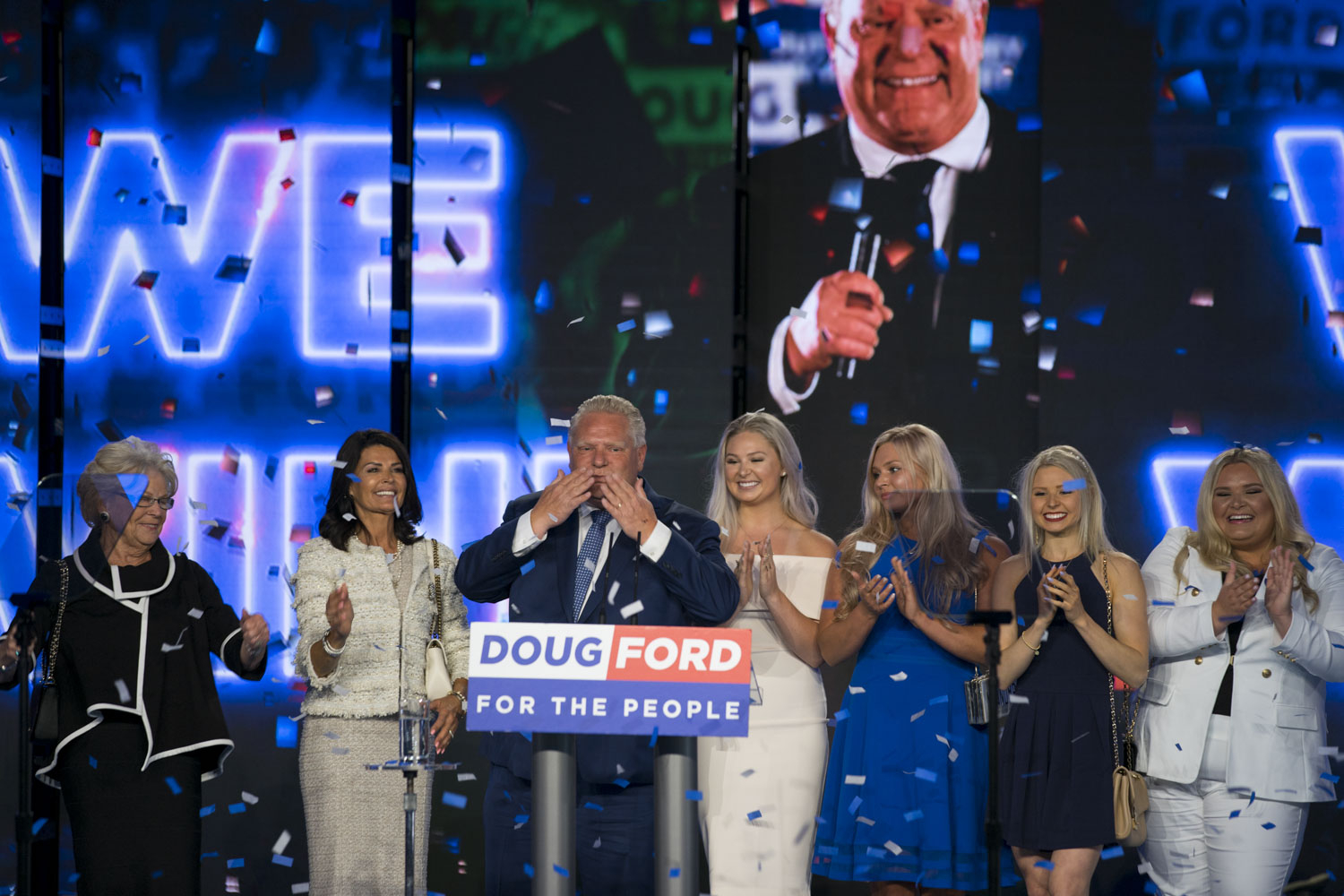 Ontario Progressive Conservative Leader Doug Ford salutes a crowd in Toronto on June 7, 2018 with his family. His party was elected to form a majority government. Photo by Nick Iwanyshyn
Previous story
Next story