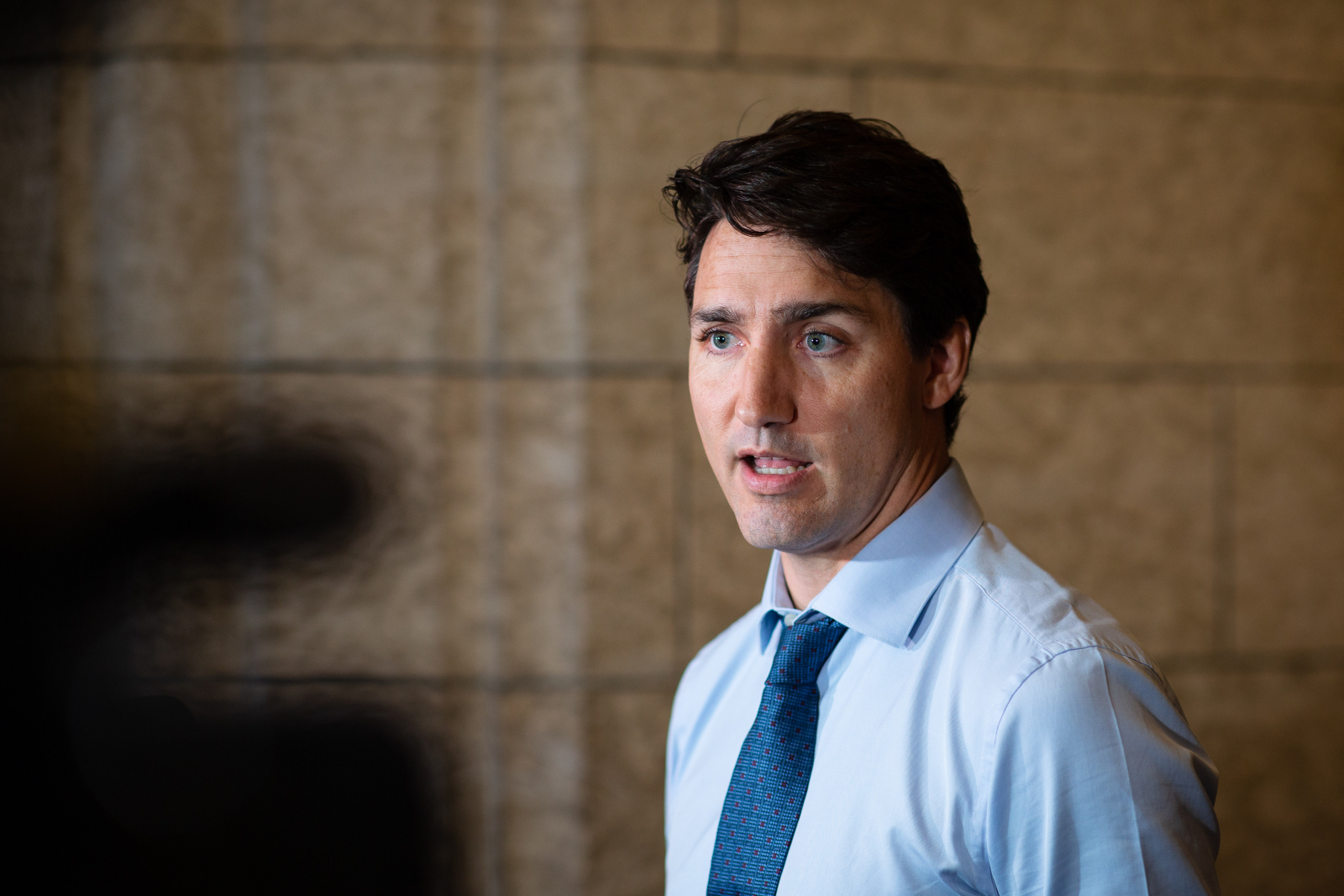 Prime Minister Justin Trudeau speaks to reporters in Ottawa about the Trump administration policy of detaining children at the border on June 20, 2018. Photo by Alex Tétreault
Previous story
Next story

The U.S. policy of separating child migrants from their parents at the U.S.−Mexico border and detaining them, is "wrong" and "unacceptable" Prime Minister Justin Trudeau said Wednesday.

"What’s going on in the United States is wrong, " Trudeau told reporters in Ottawa on June 20.

"I can’t imagine what the families who are living through this are enduring," he added, saying "this is not the way we do things in Canada."

The prime minister also repeated his remarks in French, but used a different word: "what is happening in the United States is unacceptable."

Trudeau has been called upon to condemn the Trump administration’s "zero−tolerance policy," under which asylum seekers who cross illegally into the U.S. are charged with federal crimes and separated from their children, who are detained in guarded, fenced enclosures.

Earlier this week he had said he would not "play politics" over immigration policies when it comes to the controversial U.S. practice.

On Wednesday, the Canadian Council for Refugees joined others, including NDP immigration critic Jenny Kwan, in urging the federal government to suspend the Safe Third Country Agreement. The council says the U.S. cannot be considered a safe country for refugees in light of the "disturbing" events at the U.S. border.

The government says it is monitoring the changes in U.S. immigration policy and what effects they will have on asylum seekers in the United States.

The Canada Border Services Agency does detain some immigrants to Canada who are considered a flight risk or a danger to the public, and those whose identities cannot be confirmed. Canadian policy on child migrants allows detained parents to keep their children with them in holding centres if other alternatives cannot be found.

Concerns have been raised in the past over the number of migrant children detained every year by Canadian border officials. Last year, 162 minors were detained or housed with their parents in holding centres.

That number has been going down, Public Safety Minister Ralph Goodale said earlier this week. Last November, he issued a directive to the Canada Border Services Agency to keep children out of detention and keep families together "as much as humanly possible."